Elizabeth Thompson of New York served as George Washington’s housekeeper at his various Revolutionary War headquarters from 1776 until 1781. For her devoted service to the former commander-in-chief, the Continental Congress awarded Thompson a lifetime pension in 1785.1

On July 9, 1776, Thompson eagerly arrived at Washington’s headquarters in New York City to begin her housekeeping position with an annual salary of £50 “New York money.”2 Her duties included supervising various female servants, overseeing the preparation of the meals, maintaining an inventory of household linens and kitchen utensils, and purchasing sundries for Washington’s military family.3 After Washington dismissed his steward, Thompson also likely assumed the duties of supervising male servants and the ordering of foodstuffs.4

Thompson was a capable and resourceful manager. With only rations to cook at the 1779 winter encampment in Morristown, New Jersey, she asked Washington to “let one of the gentlemen give me an order for six bushels of salt.” Though not understanding the purpose of her request, Washington approved the order and the next day “his . . . table was amply provided.” Thinking that Thompson had used her own money to purchase the food, Washington scolded her, to which she replied “I hope your Excellency will forgive me for bartering the salt for other necessaries . . . .”5 Thompson remained Washington’s housekeeper until she retired, at the age of seventy-seven, when the war ended in October 1783.6

A propertied widow before the war, in 1785, Thompson asked Congress to compensate her for "houses" that were destroyed in the great fire that occurred in New York City in 1776, while she was away serving as Washington’s housekeeper. Washington invited Thompson to live at Mount Vernon, but her “heap of infirmities” made travel impossible.7 The congressional committee “unanimously resolved, that the Board of Treasury pay to Elizabeth Thompson, the sum of one hundred dollars immediately, and one hundred dollars annually, in quarterly payments, during her life.”8 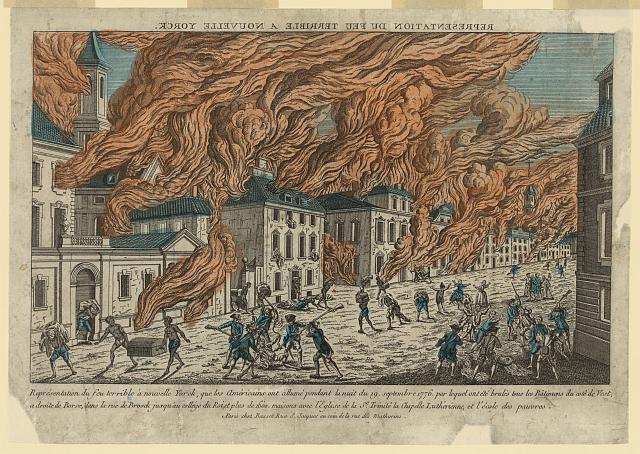 Elizabeth Thompson died in August 1788.9 Her will bequeathed her “silver teapot and cream pot with six teaspoons and tea tongues” to the wife of her pastor, the Reverend John Rodgers, and money to her church to help fund a new school for poor Presbyterian children in New York, which opened in 1789.10

9. "Enclosure: Statements, [24 September 1789]," Founders Online, National Archives. Daniel McCormick, Executor of Elizabeth Thompson’s estate received a prorated payment in the amount of $12.78 for the deceased Thompson’s quarterly pension from the Treasury for the period from July 1 to August 16, 1788. See also Abstracts of Wills: on file in the Surrogate’s Office, City of New York, June 12, 1786-February 13, 1796, With Letters of Administration January 5, 1786-December 31, 1795 (New York: The John Watts de Peyster Publication Fund Series, 1905), 14: 149. Thompson drafted her will on August 30, 1786 and appointed Daniel McCormick as her sole executor. Thompson’s will was proved on October 9, 1788.

Mayer, Holly A. Belonging to the Army: Camp Followers and Community during the American Revolution. Columbia: University of South Carolina Press, 1996.