Mount Vernon was one of the most famous buildings in North America in the decades both during and after George Washington's lifetime. With few significant public edifices in the new republic, it served as more than the home of the Washington family; just as Washington represented the nation, so did his house. Although some Americans visited Mount Vernon to see it firsthand in the late eighteenth and early nineteenth centuries, most came to know it through inexpensive and easily acquired printed images. 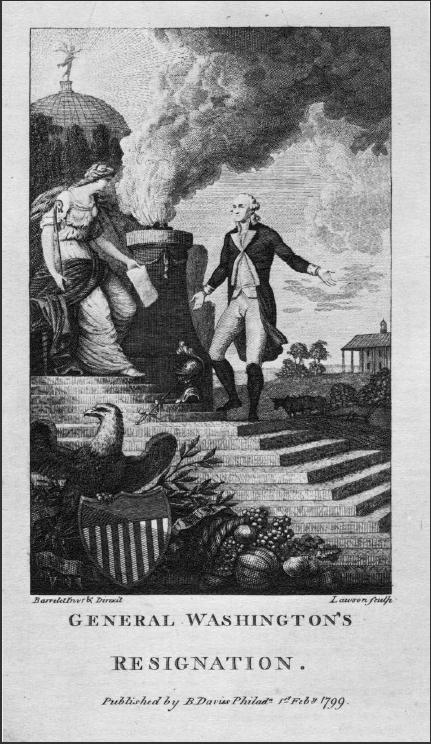 Some early prints featuring Mount Vernon relied on the comparison between Washington and the Roman general Cincinnatus, who relinquished military authority in order to return to private life as a farmer. Washington's supposed disinterest in power made him an ideal leader for the new republic. Mount Vernon, the place where Washington always returned when he left public life, served as physical evidence of the strength of his character and of his fitness to lead a democracy.

While published versions of Edward Savage's 1796 painting, The Washington
Family, only suggested Mount Vernon with columns and a river view in the background, Alexander Lawson's 1799 image of Washington's resignation explicitly included the house's east front.

Just months after Washington's death in December of 1799, David Edwin published a print of a toga-clad Washington ascending to heaven. Washington points to a small depiction of Mount Vernon's east elevation in the lower corner of the print, suggesting that his home defined the mortal life from which he departed, rather than his political and military achievements.1 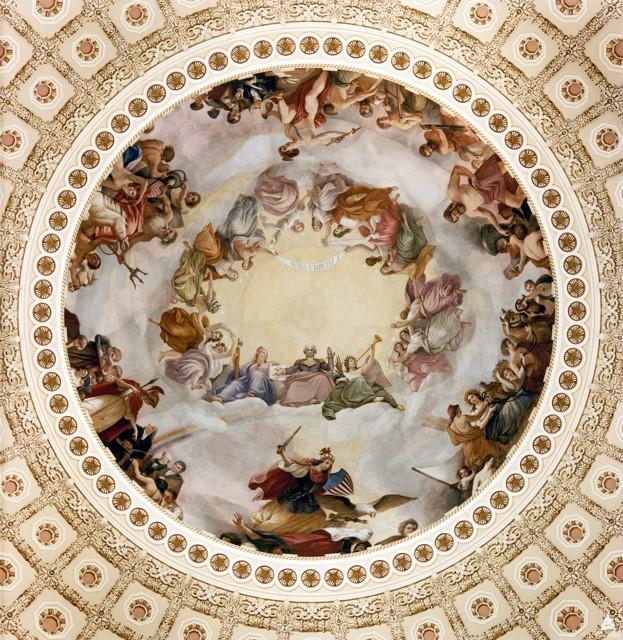 Images of an idealized Mount Vernon became increasingly popular in the nineteenth century. After Washington's death and his subsequent burial on the grounds, the house became his primary relic. Francis Jukes's image of Mount Vernon is perhaps the earliest print in which the eastern view of the house is the sole subject. Published in March of 1800, it could have functioned as a memorial print. Like most images of Mount Vernon of the period, the print idealizes the house and grounds by regularizing the asymmetrical distribution of windows and exaggerating the view to the Potomac River.

Englishman William Birch published a view of the east front in 1808 as part of his book, The Country Seats of the United States. Based on sketches made on site in the 1790s and reissued multiple times over the course of the nineteenth century, Birch's view also idealizes the house and its landscape in an attempt to depict the supposedly flawless domestic world that produced America's impeccable first hero.2 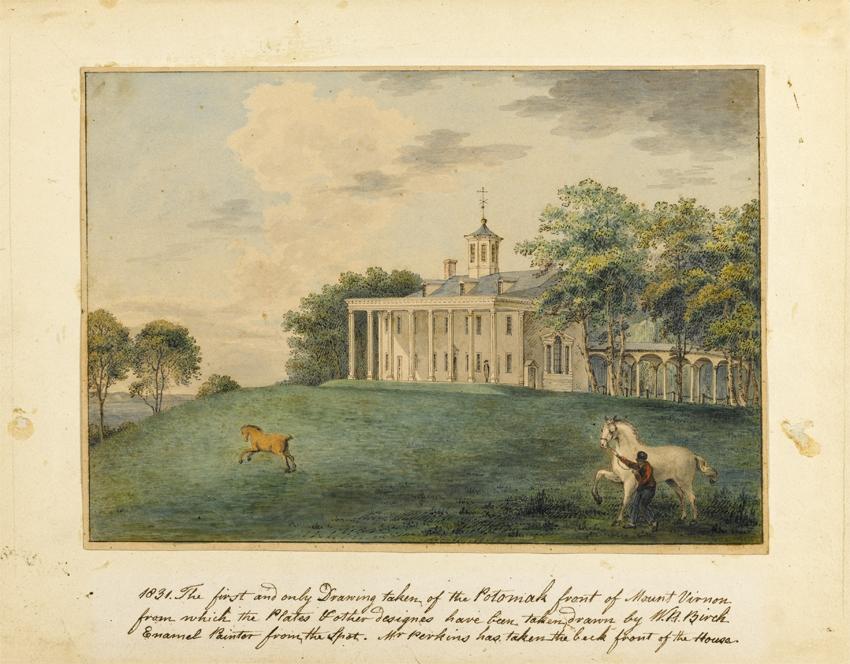 Images of the west façade were not as common as depictions of the east side with its iconic piazza. English landscape architect and artist George Isham Parkyns published the earliest known image of the west front of Mount Vernon in 1795. Originally intended as part of a series of twenty-five aquatints of American landscapes, the print is only one of three known to survive (the other two are of Washington, DC). Printed images of Mount Vernon became progressively common over the course of the nineteenth century as concerns rose about its state of preservation.3