A structure identified as the "Repository for dung" is depicted in the Vaughan Plan of 1787. Its location near the stable made it convenient for horse manure to be deposited and mixed with other organic matter to produce fertilizer for the nearby gardens, orchard, and fields. While the documentary references to the dung repository--also known as the "Stercorary"--are not numerous, several sources have survived. 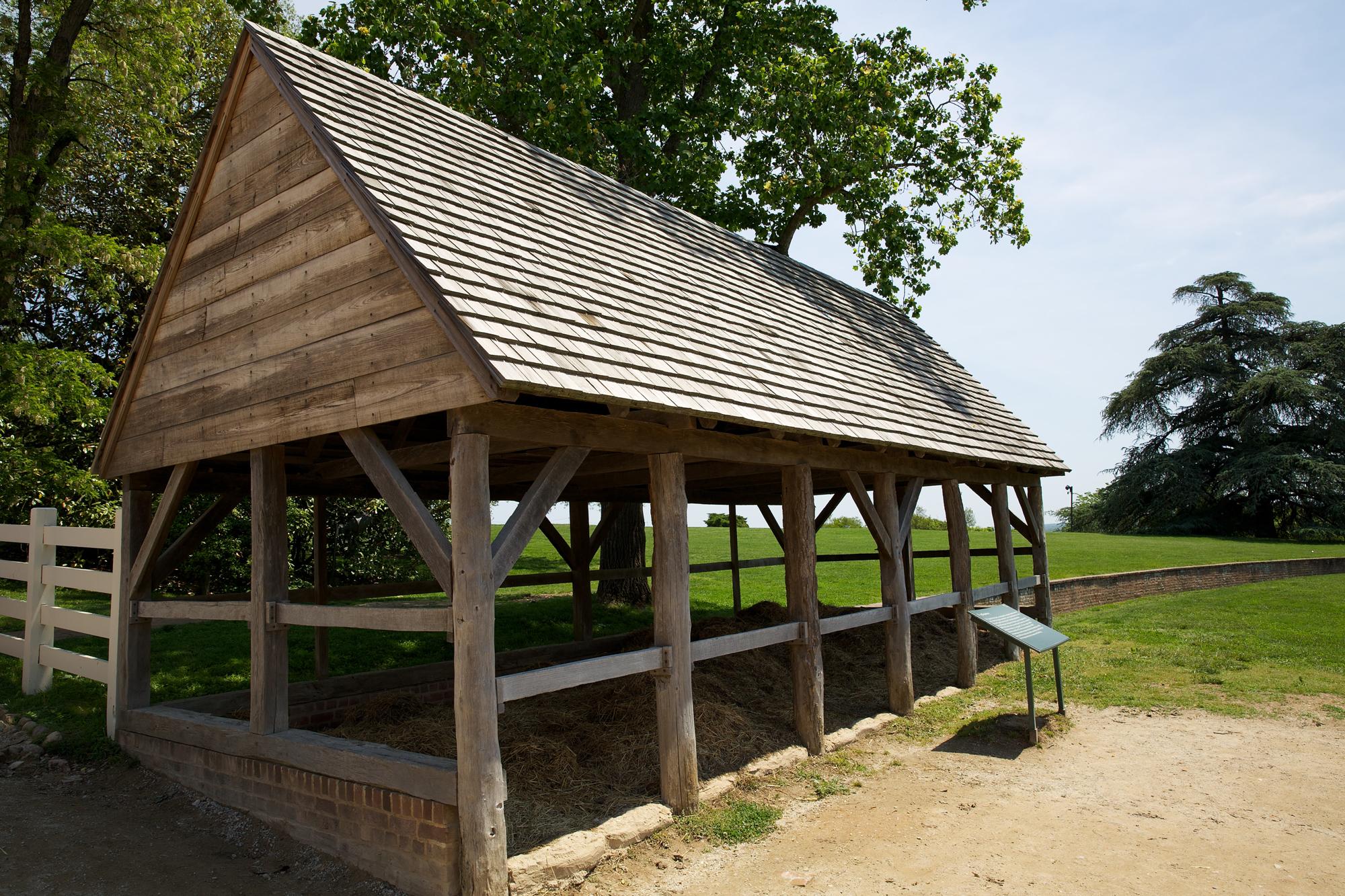 The earliest reference to the dung repository dates from May 1787. In a letter to his farm manager and nephew George Augustine Washington, George Washington provided detailed though incomplete instructions for erecting the building. The nature of the directions clearly indicates that the construction by enslaved workers on the repository had begun but was at an early stage. In the letter, Washington explains how to prepare and pave the bottom of the manure pit with cobblestones.1

In a letter dated June 5, 1796 to William Pearce, Washington directed that enslaved workers rake and scrape up all the trash of every sort and place it into the repository, corresponding with the advice written by John Spurrier in The Practical Farmer (1793).2 Spurrier recommend as part of an extended discussion of soil fertility and methods to improve it a variety of waste and refuse to mix with animal manure to produce fertilizer. Human waste was not used.

Based on Washington's letter of June 5, the dung repository was still in operation during the summer of 1796. Precisely how long it remained in that spot has not been possible to determine. However, artifacts recovered from the soils filling the pit date as late as 1820. A structure is depicted in approximately the same location on several mid-nineteenth-century maps and bird's-eye-views. The earliest of these is the Gillingham plan of 1855, which shows a building labeled as the "Corn House, new."3 Archaeological evidence indicates that the dung repository was torn down, possibly to make way for the corn house or removed at an earlier yet undetermined date.

Richard Peters, a friend and correspondent of George Washington, wrote a detailed description of a stercorary in 1808.4 Although this description is not of any actual structure and appears to be based largely on a description from a British publication, it is remarkably similar to the emerging evidence for the Mount Vernon stercorary, including its overall dimension of thirty by fifteen feet. The repository described by Peters is open on all sides, with only a shingled roof supported by posts set on a brick foundation. Although the archaeological evidence indicates that the Mount Vernon stercorary was not supported by a continuous brick footing, it seems quite possible that it also was open-sided.

In 2001 a Dung Repository matching Washington’s original design was reconstructed at Mount Vernon and can be seen by visitors today.

4. Peters, Richard. "Remarks on the Plan of a Stercorary" Memoirs of the Philadelphia Society for Promoting Agriculture, Vol. 1 (Philadelphia: Johnson and Warner, 1808): 281-5.