A land-speculation venture, the Dismal Swamp Company was founded in 1763 to drain, tame, and make profitable the Great Dismal Swamp, a wetland that stretches across hundreds of thousands of acres between Norfolk, Virginia and Edenton, North Carolina. The company's investors included many members of Virginia's leading families.

The Dismal Swamp Company's most famous shareholder was George Washington, who helped to conceive and found the company and also played a significant role in its early management. Like many other land-speculation endeavors of the late eighteenth century, the Dismal Swamp Company aimed to amass land, wait for its value to rise, and resell it for a significant profit. The Dismal Swamp Company was set apart from its contemporaries by its business plan, which required heavy investments of capital and labor to turn a thickly vegetated wetland into arable real estate. This scheme appealed to the imaginations of wealthy Virginians. During a time of soil depletion and scarcity of seaboard land, the Dismal Swamp—one of the last and largest expanses on the East Coast to resist settlement—promised the advantages of fertility and easy access to navigable water. 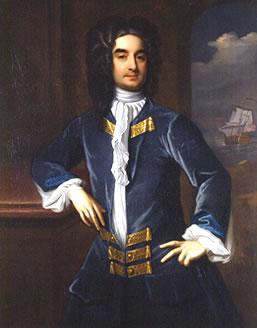 William Byrd II was the first to suggest improving the Dismal Swamp, which he described as "a miserable morass where nothing can inhabit," after he traversed it while surveying the Virginia-North Carolina boundary in 1728. Byrd suggested using enslaved labor to drain the swamp with a network of ditches and canals and to grow hemp to supply the royal navy; the proposal never got off the ground.1

In 1763, however, twelve leading Virginians—including George Washington—formed the Dismal Swamp Company with the goal of "draining Improving and Saving the Land." Washington was appointed one of three managers responsible for securing title, surveying, assembling a labor force of sixty enslaved workers, and making the operation self-sustaining and profitable. He visited the swamp at least six times during the next decade.2 During the 1760s and 70s, enslaved people dug ditches and produced shingles from the swamp's cedar trees, but the Company failed either to drain the swamp or to grow hemp for export. The War for Independence diverted much of the partners' attention, and by 1784 it had been nine years since Washington had "heard a tittle from the company."3

Washington helped to reconvene the proprietors in 1785, when they resolved to import 300 Dutch laborers more "acquainted with draining, and other branches of agriculture" than enslaved people.4 This scheme ultimately failed, but new life was breathed into the company’s speculative hopes during the 1780s and 90s. Amid budding nationalist interest in inland navigation, Washington, Patrick Henry, and others planned for a canal through the Dismal Swamp to link the Chesapeake Bay and Albemarle Sound. The Dismal Swamp Canal Company began digging in 1793 and completed a canal in 1805.

By 1793, however, Washington had grown disillusioned with the Dismal Swamp Company. Though still confident in the land's "advantages over almost any other [tract] of equal quantity in the United States," Washington needed cash and in 1795 sold his shares to Henry Lee.5 In the late 1790s, the company abandoned plans to drain the swamp. Lee himself proved unable to pay, and the shares reverted to Washington's estate in 1809. The company finally turned a profit in 1810 from lumbering and in 1814 was reincorporated as the Dismal Swamp Land Company.

1. William Byrd II, "The Secret History of the Line" and "The History of the Dividing Line betwixt Virginia and North Carolina Run in the Year of Our Lord 1728," The Prose Works of William Byrd of Westover: Narratives of a Colonial Virginian, ed. Louis B. Wright (Cambridge, Mass.: The Belknap Press of Harvard University Press, 1966), 197.

The Prose Works of William Byrd of Westover: Narratives of a Colonial Virginian. Ed. Louis B. Wright. Cambridge, Mass.: The Belknap Press of Harvard University Press, 1966.