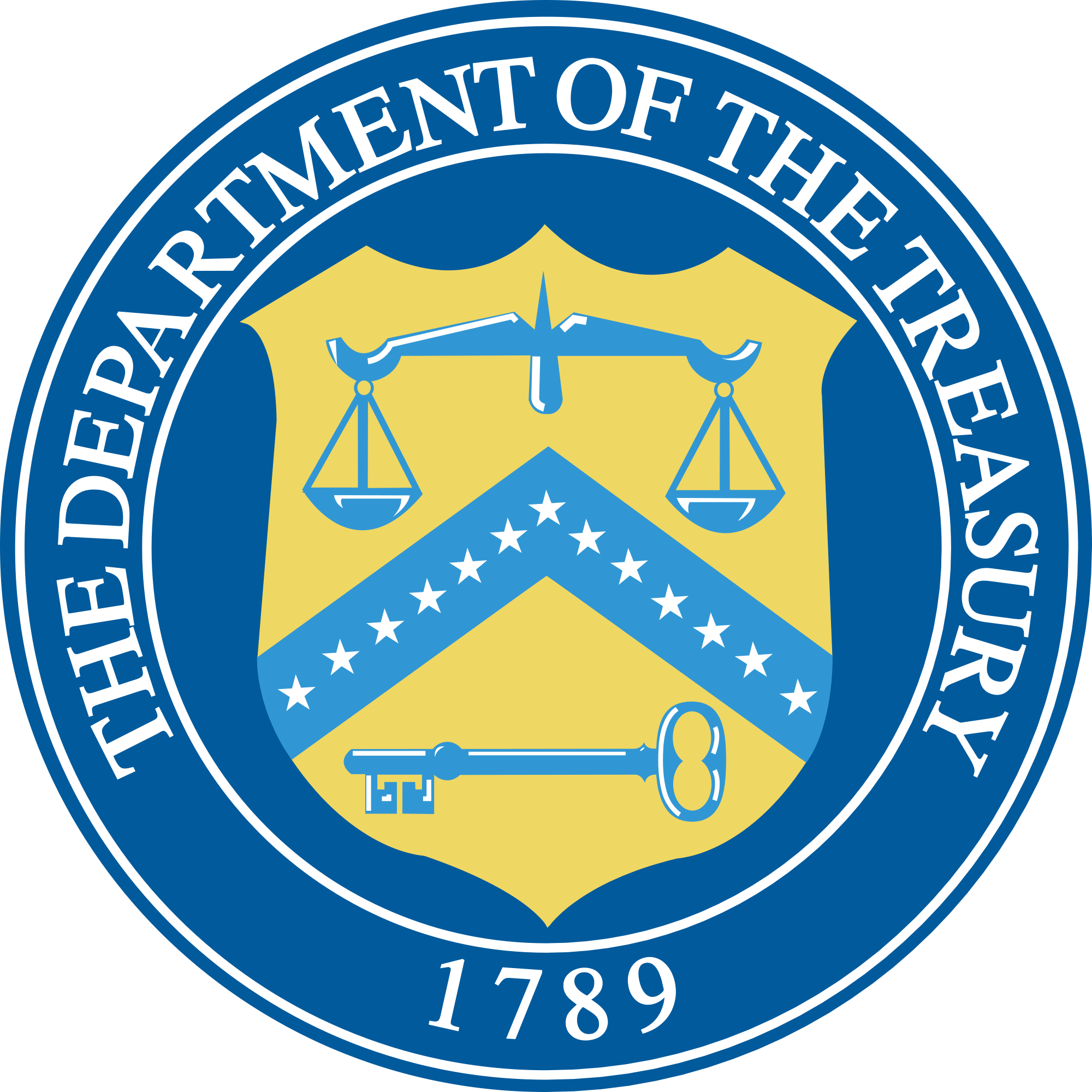 During the Revolutionary War, the Continental Congress performed the essential responsibilities of the Treasury Department, by receiving funds from foreign loans and state contributors. However, without the power to tax, the currency received and printed by Congress quickly depreciated in value.

Robert Morris played a vital role in Treasury during and immediately after the war. A former merchant, Morris served in the Continental Congress and was appointed Superintendent of Finance in the spring of 1781. In this position, he compiled reports and accounts in order to restore public credit. Shortly after taking office, Morris proposed a Bank of North America, hoping the institution would oversee loans, treasury notes, and discounts on notes in the new American republic. While Congress approved Morris’ Bank of North America, he was unable to raise the $400,000 in capital necessary to start operations.  By the end of the war, Morris faced criticism for both Congress falling behind on its payments to Continental Army soldiers and his solution to the problem, collecting mandatory federal taxes from the states. In 1784, Morris resigned amidst accusations that he used his position for profiteering.

After Washington’s election as the first president, the First Federal Congress debated whether to have the Treasury controlled by a board or one secretary. Congress determined that a secretary should be appointed by the president in the Treasury Bill of 1789. Even before Congress had created the position, Washington offered Robert Morris the opportunity to be the first secretary of Treasury.  Morris declined the position, but recommended Alexander Hamilton. At first, Washington hesitated to appoint Hamilton because of his polarizing personality, but eventually decided on his appointment because of Hamilton’s financial expertise. During the Revolutionary War, Hamilton had advocated for a national bank and foreign exchange to strengthen the economy. On September 11, 1789, the Senate confirmed Hamilton as the first secretary of the Treasury. Under Hamilton, the Department of Treasury was the largest department in government with thirty-nine full-time employees.

As secretary of treasury, Hamilton wanted to use the full potential of capital to create a more prosperous economy. To achieve this goal, he introduced an ambitious financial program that included creating a consolidated national debt (as opposed to individual state debts), federal excise taxes to service the debt, and a national bank. Based on the Bank of England, the Bank of the United States would act as a central place for taxes, transfers, banknotes, and currency to be held and regulated. In addition, the bank would allow the young nation to provide more financial services and programs to promote business as well as have resources in the case of an economic or national emergency. On December 14, 1790, Hamilton proposed the National Bank, to be funded initially by $10 million in capital. $2 million would come from the federal government directly, with the remaining $8 million from federal securities. Hamilton’s proposal was formally introduced in Congress as the Bank Bill of 1791.

The Bank Bill faced widespread opposition, including from Thomas Jefferson, then secretary of state, and James Madison, who served in the House of Representatives. Madison wrote to President Washington expressing his opposition to a National Bank because it provided power to the federal government not mentioned specifically in the Constitution. Washington would not support the Bank Bill until Hamilton responded to the arguments of Jefferson and Madison. Hamilton grounded authority for the bank in the “necessary and proper” clause of Article I, Section 8 of the Constitution: “to make all Laws which shall be necessary and proper for carrying into execution the foregoing powers and all other powers vested by this Constitution...
” Washington sided with Hamilton’s argument and signed the Bank Bill into law on February 25, 1791.

The debate over the National Bank ultimately fractured the government into the first political parties, the Democratic-Republicans led by Jefferson and Madison and the Federalist led by Hamilton. Despite this and later controversies, the Department of Treasury has played a vital role in ensuring the financial stability of the United States. Today, the Treasury works closely to regulate the economy with America’s modern central bank, the Federal Reserve, created by the Federal Reserve Act on December 23, 1913. For over two centuries, the Treasury Department has remained committed to improving and regulating the revenue and public credit of the United States, allowing the country to become the foremost financial power in the world.

Ferguson, E. James. The Power of the Purse. Chapel Hill. The University of North Carolina Press, 1961.