President George Washington faced a number of difficult challenges during his two terms in office. Washington despised partisanship and voiced his concerns regarding political disunity throughout his presidency. One important example of Washington’s distaste for partisanship was his public denunciation of popular political societies. The founding of a network of over forty Democratic-Republican Societies throughout the young nation between 1793 and 1796 triggered fears of disorder amongst Federalist elites. These political associations were known by various names but most often included "republican" or "democratic" in their titles. Members of these societies expressed strong support for the French Revolution and fellowship with democratic radicals throughout the Atlantic world. Most members were from the laboring classes and included many who were traditionally denied a political voice. Accusations that political clubs in western Pennsylvania contributed to the Whiskey Rebellion in 1794, coupled with Washington's vocal criticisms, contributed to the rapid decline of the groups by the end of the decade. Nevertheless, the societies informed the party system that would emerge in the nineteenth century.

By June of 1793, two societies had been formed in Philadelphia: The German Republican Society and the Democratic Society of Pennsylvania. The membership of these societies included mechanics, artisans, and yeoman farmers, as well as lawyers, merchants, doctors, and scientists.1 Other similar societies were founded throughout the United States between 1793 and 1794. The majority of the clubs were based in cities or small towns and stretched all the way from Maine to Georgia. The clubs stated that their primary mission was the broad dissemination of political knowledge for the purposes of encouraging civic participation and protecting against government corruption. The Societies claimed to be non-partisan but were frequently attacked for promoting "faction."2 Many political elites and Federalist sympathizers in the early American republic openly criticized Society members for attempting to disproportionately influence public opinion and electoral politics. In 1793 at a meeting of Washington's cabinet, Secretary Alexander Hamilton voiced concerns that the Democratic Society of Pennsylvania "would extend its connections over the continent."3 Hamilton and others feared that the Societies would supersede the legal power of represented officials, leading to political instability and uncertainty. 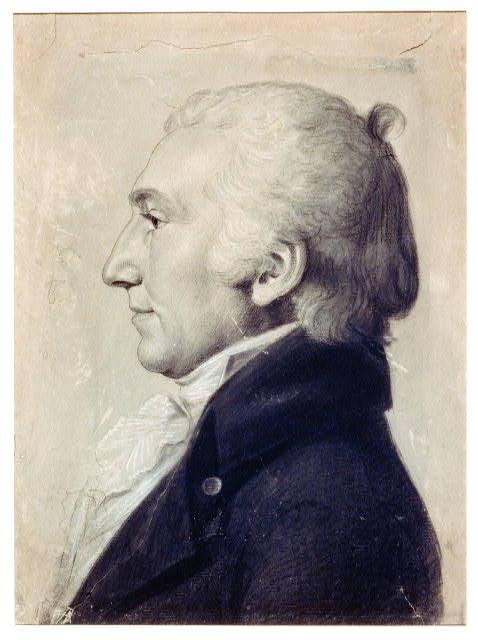 Others were troubled by the passionate support for the French Revolution expressed by the Societies. Members frequently toasted the French Revolution and its leaders, referring to France as a sister republic and ally in a continuing battle against monarchy and tyranny which had commenced with the American Revolution. The New York Democratic Society declared that “we are lovers of the French nation, that we esteem their cause as our own....”4 However, the group’s fervent support for France and hostility toward Washington's official position of American neutrality led to a number of political squabbles with the President and his supporters. Some Federalist newspapers even accused the bombastic French ambassador Edmond-Charles Genet of conspiring to form the clubs to undermine Washington's authority.

These suspicions increased following the Whiskey Rebellion in 1794. President Washington publicly implicated the various popular societies that had emerged in western Pennsylvania of fomenting an insurrection against the established government. In his November address to Congress, Washington defended his decision to send a 12,500 man militia to put down the resistance and blamed the agitation on certain "self-created societies."5 This denunciation made public what Washington had already been expressing in private. In a letter of September 25, 1794, he concluded that the “insurrection in the western counties of this State... may be considered as the first ripe fruit of the Democratic Societies.”6 As late as 1798, when the influence of the clubs was waning significantly, Washington declared as “too evident to be questioned” that “the Democratic Societies in the United States... actually had a separation of the People from their Government in view...”7 Washington feared that a conspiracy existed to topple the constitution in the name of popular sovereignty, with the Democratic-Republican Societies in the vanguard of the effort.

Despite his immense popularity, Washington received public criticism for his attacks on free public association. National leaders such as Thomas Jefferson and James Madison disparaged Washington's attack on the Societies. Jefferson decried, “the incredible fact that the freedom of association, of conversation, & of the press, should in the 5th year of our government have been attacked under the form of a denunciation of the democratic societies....”8 Madison referred to Washington's “denunciation of the 'self-created Societies'” as “perhaps the greatest error of his political life.”9 Washington, however, received support from an emerging Federalist elite, led by Alexander Hamilton, and members of the public who sought a return to order following the tumult of the War for Independence and its aftermath.

In his 1796 farewell address, Washington doubled down on his rejection of the Democratic-Republican Societies. He declared that, “The very idea of the power and the right of the people to establish government presupposes the duty of every individual to obey the established government.” He warned that popular associations would interfere with the electoral process. For Washington, they were likely “to become potent engines, by which cunning, ambitious, and unprincipled men will be enabled to subvert the power of the people and to usurp for themselves the reins of government...”10 Washington's denunciation was informed by the Terror in France and news of continued political instability throughout Europe. In light of this news, Washington's warnings, and the Quasi-War with France during the administration of John Adams, most of the Democratic-Republican Societies disbanded by the end of the decade.

2. The individual societies varied in their particular emphasis, but their general missions were quite uniform. The degree of popular participation that was embraced by each society also varied. Women were not members of these organizations, but some did advocate for an expanded role for women in political affairs. There was also a split on slavery, with the more radical societies advocating anti-slavery measures while slaveholders were members of some of the southern societies.

5. George Washington, “Message to the Third Congress 19 November 1794,” in Lance Banning, Liberty and Order: The First American Party Struggle, ed. and with a Preface by Lance Banning (Indianapolis, 2004), 176.