When General George Washington approached his revolutionary headquarters at the John Vassall estate in Cambridge, Massachusetts, for the first time in July 1775, he encountered a young African American boy swinging on the front gate. That boy, six-year-old Darby Vassall, had just returned to his original home after his second master had died at the Battle of Bunker Hill.

Washington offered to let the boy work for him upon learning Vassall “belonged to the place,” but when Vassall asked what his wage would be, Washington thought compensation to be unreasonable. Later in life, Vassall remarked that Washington was “no gentleman, [wanting a] boy to work without wage.”1 Washington went on to conduct the Siege of Boston from that headquarters, while the young Vassall remained with his parents in another house on the property. Though it was their only encounter, Washington’s remarks may have influenced Vassall in his adult life as he worked to promote freedom and equality for African Americans.

Darby Vassall was born sometime in May 1769 in the home of loyalist John Vassall on Brattle Street in Cambridge, Massachusetts. Darby’s mother, Cuba, was also enslaved by John Vassall, while Darby’s father, Tony, was enslaved by John’s aunt and uncle, Penelope and Henry Vassall. At a young age, Darby Vassall was given to the recent Episcopalian convert George Reed of South Woburn, likely as a gift. At the outbreak of the American Revolution, Reed joined the provincial forces at the Battle of Bunker Hill, to which Vassall likely accompanied him. Reed died a few days later from injuries he had sustained at the battle, and Vassall subsequently made his way back to Cambridge where he reunited with his parents and siblings. 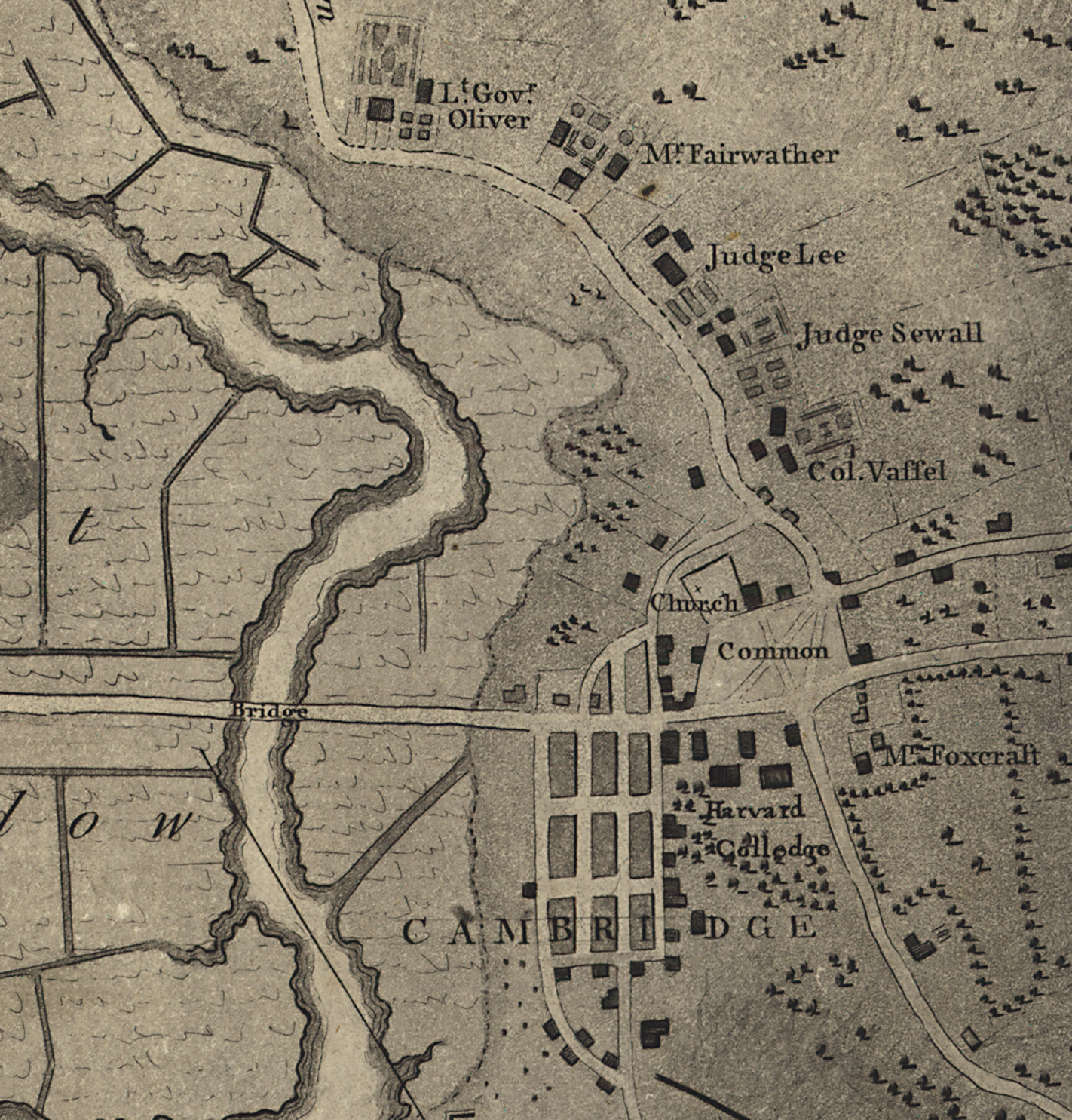 John Vassall, Darby’s original owner, and his family had abandoned their estate for British protection in Boston in 1774 and had moved to Halifax the following year. Nominally free though legally enslaved, Darby’s family remained on and maintained the estate throughout the Siege. In 1781, the Massachusetts legislature took ownership of the estate but resolved to pay Vassall’s father, Tony, twelve pounds annually as compensation. When Tony died in 1811, the legislature pledged to pay Vassall’s mother Cuba forty dollars annually; she passed away the next year.2

Vassall was brought up a Congregationalist, and he may have lived with his parents and siblings in a house in Cambridge that his father purchased in 1787. In 1796, when Vassall was twenty-seven years old, he and his brother Cyrus bought property on May Street in Boston. On December 4th of that year, Vassall was baptized at the Brattle Street Meeting House and on April 4, 1802, he married twenty-eight-year-old Lucy Holland. Lucy joined the Brattle Street Meeting House on March 3, 1805.

Vassall worked as a caterer for some of Boston’s oldest and wealthiest families; all of these families held him in high regard. One of Vassall’s employers, Samuel Brown, paid off Vassall’s $2,000 mortgage on the May Street property that he had bought with his brother, Cyrus, allowing him to construct a new house there in 1807. After his father’s death, Vassall had earned enough to buy out the other heirs to his family’s property in Cambridge for $620. He built a new house there in 1827.

Vassall was active in promoting African American rights, helping to found Boston’s African Society with Cyrus and forty-two others in 1796. The Society worked “for the mutual benefit of [its members],” providing a spiritual community, healthcare, and aid for widows and orphaned children of its members.3 In 1812, Vassall signed a petition to the Massachusetts legislature calling for the creation of an all-black school.4 Vassall also acted as the second Vice President of a celebration in Florida honoring the anniversary of Haitian independence on August 23, 1825.5 Three years later, on December 11, 1828, Vassall’s wife, Lucy, died of “dropsy” and the Brattle Street Church supported him for the remainder of his life.6

In 1844, Vassall attended the New England Anti-Slavery Convention in Boston, voting to advocate for the dissolution of the Union since the United States Constitution allowed slaveholders to “control the policy and character of this nation.”7 He attended the convention again in 1851.8 When Vassall was eighty-eight years old, in 1858, he was invited to an event William Cooper Nell organized to commemorate Crispus Attucks’ death in the Boston Massacre and black revolutionary history. Vassall may have told the story of his encounter with Washington at this event and others like it.

Vassall visited the estate where he was born at least once, while poet Henry Wadsworth Longfellow was living there. On March 22, 1855, Longfellow wrote in his diary that Vassall stayed “so long, that [publisher James T.] Fields is driven away.”9

Towards the end of his life, Vassall carried with him a note from Catherine Russell, a granddaughter of Henry and Penelope Vassall. In it, written April 12, 1843, Russell promises that Vassall and his family will be buried in her family’s tomb at Christ Church in Cambridge, Massachusetts. At the time, Vassall’s family consisted of one daughter and two grandchildren. Vassall often visited Christ Church on Sundays to ensure his note would be honored and received Communion whenever he was there.

Vassall passed away at the age of 92 on October 12, 1861, and his funeral took place three days later. Catherine Russell’s agreement to him was honored and he was buried at Christ Church. As the funeral occurred on the one hundredth anniversary of the opening of Christ Church, and was indicative of the church and a Massachusetts family treating a formerly enslaved person well in the midst of the Civil War, it was widely and favorably reported.

The Liberator newspaper, published in Boston by the renowned abolitionist William Lloyd Garrison, recounted that Vassall “was universally respected for his general intelligence and excellent character” and that he “was favored with a wonderful memory.” The obituary spoke of his “intelligent appreciation of the Anti-Slavery movement” and his death severing “the last link which associated many of his race with the wealthy and dominant class in Boston, and which (at least in his case) was kept bright by continued sympathy, friendship and recognition of his Christian manhood.”10 At the time of Vassall’s death, he was the oldest member of the Brattle Street Church and the last surviving member of the African Society.

6. The Manifesto Church: Records of the Church in Brattle Square, Boston, with Lists of Communicants, Baptisms, Marriages and Funerals, 1699-1872 (Boston: The Benevolent Fraternity of Churches, 1902), 292.