The precise construction date of the cupola tower on the Mount Vernon mansion is unknown, but architectural clues and documentation indicate that it existed as early as 1778. The cupola structure consists of two basic components: the cupola—the octagonal feature that rises from the roof line—and the waist, which includes the interior octagonal walls that connect the cupola to the third-floor ceiling.

Though plagued with leaks, the cupola was aesthetically pleasing and was a central point for the structural symmetry Washington hoped to achieve with the Mount Vernon mansion. The cupola also served useful and practical purposes; aligned above the central staircase, the tower with its windows open created a draft through the Mansion.

With the structure of the tower's waist completed, attention turned to the weathervane. After a ten-year delay, George Washington designed and ordered the dove of peace weathervane, explaining that he: "should like to have a bird...with an olive branch in its Mouth. The bird need not be large (for I do not expect that it will traverse with the wind and therefore may receive the real shape of a bird, with spread wings)."1

The weathervane was built in Philadelphia by Joseph Rakestraw in the late summer of 1787 while George Washington presided over the Constitutional Convention. It was installed in the autumn of that year. Early views of Mount Vernon indicated that the cupola exterior had always been white to match the Mansion siding. 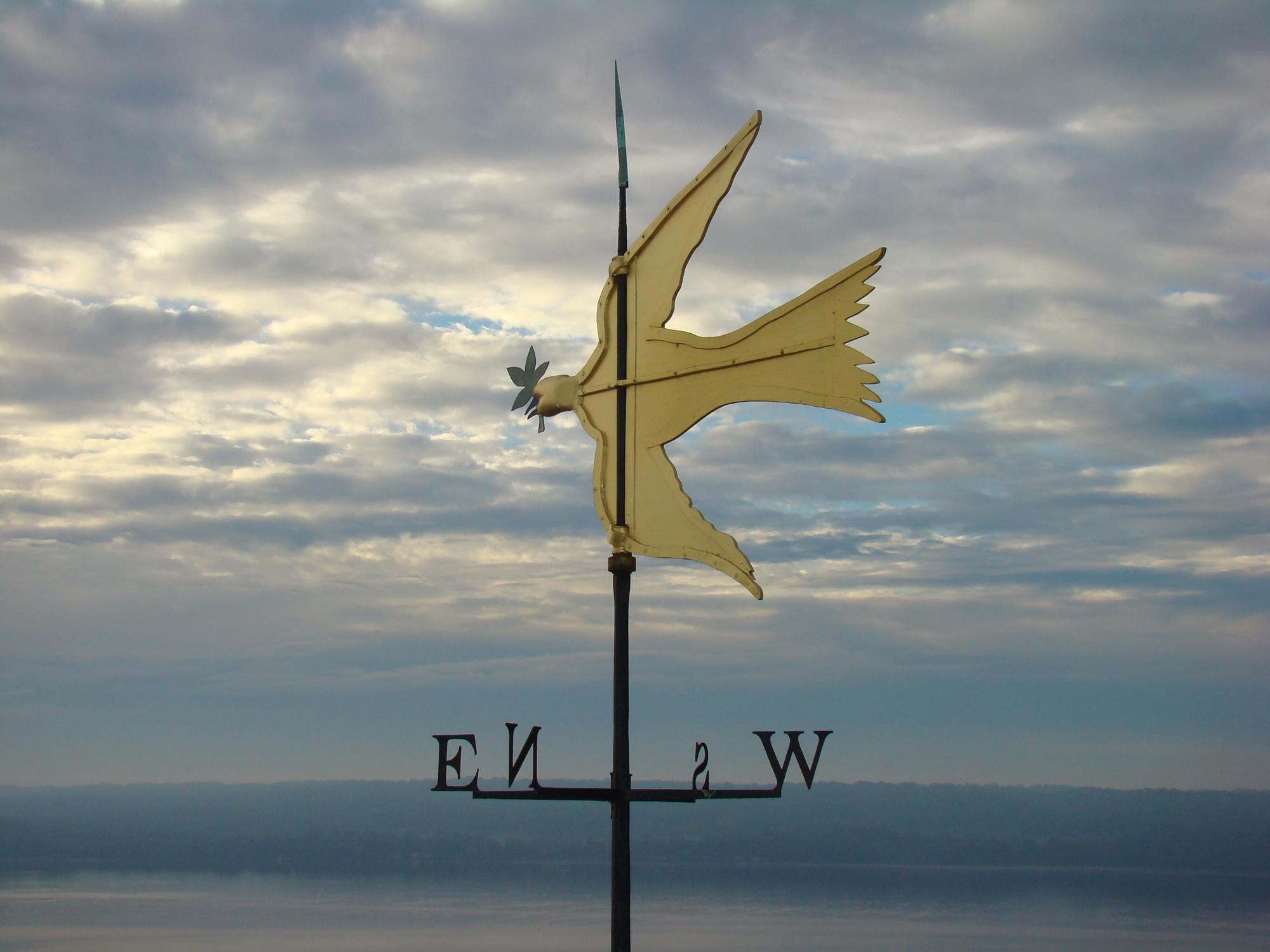 The most intrusive of the numerous efforts to stabilize and waterproof the cupola occurred with work performed by the United States Army Corps of Engineers. In 1869, the Mount Vernon Ladies' Association received compensation from the United States Government for lost admission fees when Union forces curtailed boat service to Mount Vernon during the Civil War. Payment came in the form of various repairs done by the Corps to the Mansion and surrounding grounds.