Clement Biddle served as an officer under Washington in many well-known episodes of Washington's career. He served as commissary general at Valley Forge.

Unlike most of the generals who held command under General Washington, Clement Biddle was not what would have been, by the standards of the day, an educated man. Born in Philadelphia on May 10th, 1740, Biddle was the child of Quakers John Biddle and Sarah Owen. Not much is known about his early years, as his family did not hold a prominent place in Quaker life in Pennsylvania. Biddle is not known to have completed any education past the primary level, but he was a prominent part of his father’s shipping business before the onset of the American Revolution.1

Before the Revolution, Biddle organized one of the first fighting units of Quakers in the United States, known as the “Quaker Blues”.2 Despite the normal pacifist vows of the Quaker faith, the Blues, under Biddle’s leadership, carried out several successful campaigns before the start of the war, including aiding friendly Native Americans in their resistance against the infamous “Paxton Boys.” A vow taken in 1765, in relation to the non-importation movement, would lead to Biddle being a key military figure in the Revolutionary War.3

At the onset of hostilities, Biddle, after organizing another regiment of Quakers, was given the position of deputy Quartermaster of the 10,000 member “flying camp”, one of the earliest volunteer regiments of the war.4 As such, he engaged in the battles of Trenton, Brandywine, Germantown, and Monmouth. Trenton is of particular note, as it was the small, but important battle that General Washington won by crossing the Delaware on Christmas night in 1776, giving the rebels the key element of surprise.5 Eventually, Biddle was promoted to General under Washington’s command at Valley Forge.

Although Biddle was content to retire from active service in 1780, his former commander and friend was not apt to allow him to retire to the life of a merchant, as he intended.6  Through the later years of the war, Biddle served as quartermaster general for the Pennsylvania militia. Washington appointed Biddle to the head of the United States Marshals in 1789; in fact, Biddle holds the distinction of being the first Marshal in Pennsylvania’s history.7 The job of Marshal, however, was not one that Biddle particular enjoyed. He was quick to beg off his duties because of bad health. In one case, he refused to arrest a pair of bandits at the behest of Secretary of State Thomas Jefferson due to a case of gout.8 Before the end of Washington’s term, he wrote the president, asking him to not re-appoint him to the post. In his letter, Biddle states that

I determined, however, to contribute all in my power to the support of the Government of the United States, to execute the Office during the period to which you do me the honor to appoint me and I have endeavored to execute it with fidelity and to merit the Confidence you were pleased to place in me; but I find that the Expense attending the Execution has been equal to or greater than the Endowments of the office and the hazard and Responsibility attending the same and so great that I cannot think myself justified in continuing to hold the Office.9

Outside the bounds of governance, Washington and Biddle still carried on a friendly relationship of mutual respect. Their correspondence was often mundane, with this example of Washington requesting Biddle request in procuring a housekeeper an example: "The inclosed is to Edward (I do not know his Surname) who formerly lived with Mr R. Morris, but now, I am informed, keeps the City Tavern, to see if he can be instrumental in procuring me a House keeper. I beg you to be so obliging as to direct, deliver, and consult him on the contents of the letter, which is left open for your perusal, & return me an answr as soon as possible."10

Another letter, from a year prior, gives us, perhaps, a glimpse into the kinder side of Washington. He writes Biddle, describing a situation with one of his slaves as thus:

The Mulatto fellow William who has been with me all the War is attached (married he says) to one of his own colour a free woman, who, during the War was also of my family—She has been in an infirm state of health for sometime, and I had conceived that the connection between them had ceased—but I am mistaken—they are both applying to me to get her here, and tho’ I never wished to see her more, yet I cannot refuse his request (if it can be complied with on reasonable terms) as he has lived with me so long & followed my fortunes through the War with fidility.11 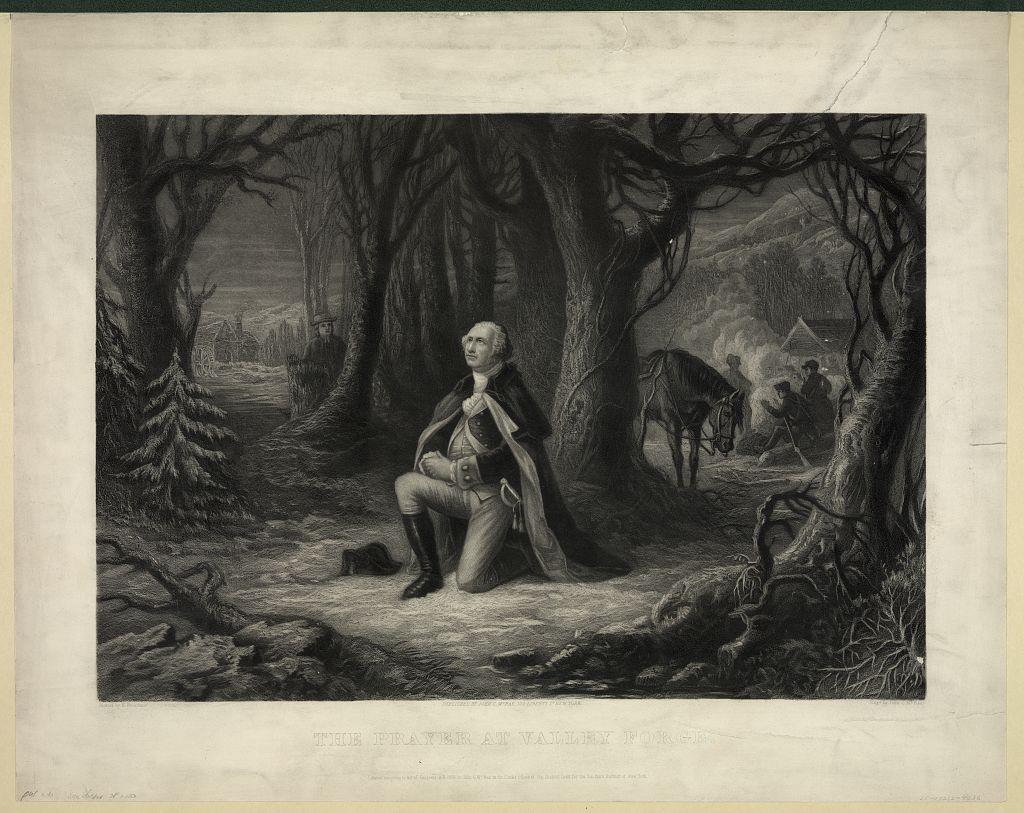 While Biddle himself passed away on July 14th, 1814,12 he left behind a legacy of 13 children, including his namesake, who would serve in the United States Army during the War of 1812 before rising to a prominent position as a banker in Philadelphia.13 However, it is his grandson of the same name that would honor the family’s place in history. A graduate of The University of Pennsylvania, the third Clement Biddle would honor his family history with George Washington in a poem, published in 1873, entitled “Valley Forge”.

On that long, sloping pasture ground
The lines of old redoubts are found
For there in those disastrous days,
When Victory’s sun concealed his rays
And Hope, alone, the strength supplied
Still to sustain the nation’s pride:
Wearied and wasted, in that day
Our suffering, half-starved army lay
On that hill side, through winter rude
Watched over by the great, the good
The Immortal Washington, who stood
The unmoved bulwark to our foes…14