"By the man who brot. A Camel from Alexa. For a show. . . .0.18.0."1 These limited words found in George Washington's expense ledger are the only surviving mention of a camel's visit to Mount Vernon for Christmas in 1787. However, based on surrounding information, it is possible to gain some insight into the camel's arrival at Mount Vernon. 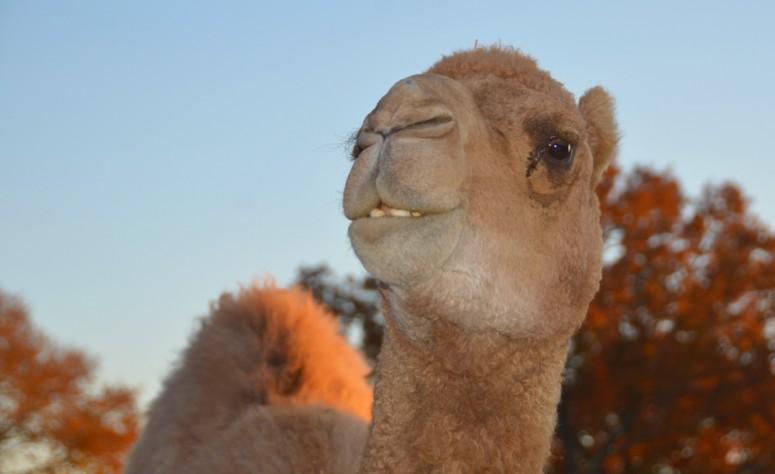 George Washington had a significant interest in both domestic and rare animals, and often paid to see them on display. Over the years, Washington and various members of his household were able to learn something about the world outside of Virginia from the itinerant entertainers who traveled along the eastern seaboard and would have been drawn to large gatherings of people at events such as fairs. Many of these individuals worked with rarely seen or specially-trained animals. In one instance, Washington recorded paying 10 shillings to see a "Lyoness" in June of 1766. While President Washington saw a "Cugar" in Philadelphia as well as a "Sea Leopard," a type of sea lion.2

There is nothing in the surviving records to indicate precisely how the camel ended up at Mount Vernon for Christmas in 1787. However there is evidence pointing towards who might have had the opportunity to view the animal. According to George Washington's diaries there was a fairly large crowd gathered that day at Mount Vernon that could have viewed the camel.3 Also at the Mansion House Farm were slaves, several of whom might well have previously seen camels with trading caravans in Africa before their enslavement in the Americas. The large number of people at Mount Vernon that Christmas is a possible explanation for the fairly high sum paid by Washington to see the camel, eighteen shillings.

Aladdin the camel will be at Mount Vernon between Thanksgiving Day and New Years Day.  Come out and see this reminder of how Washington entertained his family, guests, workers, and servants in 1787.