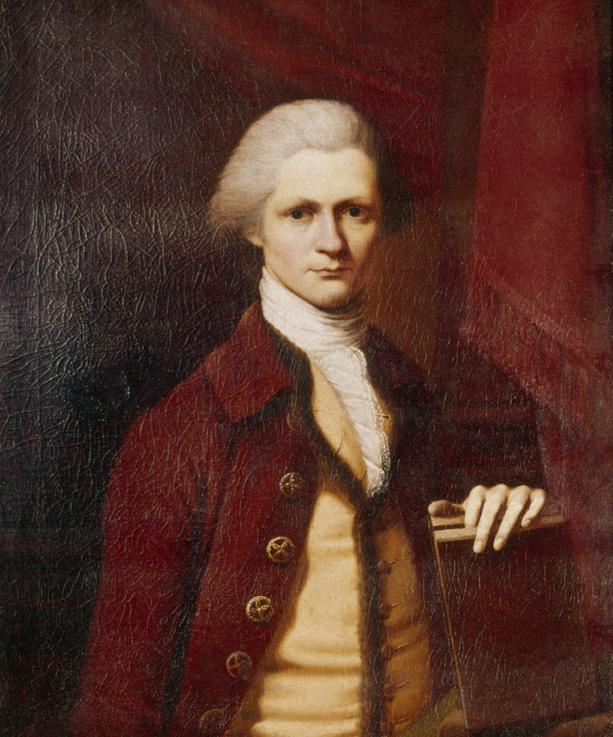 Born on June 5th, 1762, Bushrod Washington was a teenager when the Revolution swept across America. One of General George Washington’s closest relatives, Bushrod was the son of General Washington’s brother, John Augustine, and his wife, Hannah Bushrod.1 At the opening of the Revolution, Bushrod started his studies at William and Mary College, the second oldest institution in the United States, and the educational home of three of the first ten presidents.2 His first studies into law would be interrupted, however, by his service in the Continental Army, wherein he served as a private from 1781 to 1782.3

Bushrod’s legal and political career would take off after his service to the Revolutionary cause. George Washington saw that he studied the law under James Wilson, a signer of the Declaration of Independence and one of the first Supreme Court Justices.4 After completing his studies with Wilson at the University of Pennsylvania in 1784, Bushrod returned to Virginia, married Julia Ann Blackburn, and opened his own law practice the following year.5 It was this practice that would help launch Bushrod into the American political machine.

The first fourteen years of Washington’s legal career were uneventful, as he was content to work, from 1784 to 1798, in private practice.6 At the same time, however, Washington served his state of Virginia as a member of its House of Delegates, beginning in 1787. In 1788, Washington was part of the Virginia Delegation that ratified the Constitution of the United States.7 Events in 1798, however, would change the course of both his legal and political careers. During a congressional recess, President John Adams appointed Bushrod Washington to fill the Supreme Court seat left vacant by his legal mentor, James Wilson.8 The appointment was originally set to be given to future Chief Justice John Marshall, but, on the basis that he was seeking elective office, Marshall declined. The Senate confirmed Bushrod on December 20th, 1798, and he took his commission the same day. At the relatively young age of 36, Washington took his seat on the court, with no prior judicial experience, on February 4th, 1799. It was a seat that he would occupy for the last twenty-seven years of his life.

As a justice, Washington is perhaps best-known for his opposition to John Marshall in Ogden v. Saunders, an 1827 case that defined the scope and constitutionality of the contemporary United States Bankruptcy Code and "Obligation of Contracts" laws.9 The case marked the only 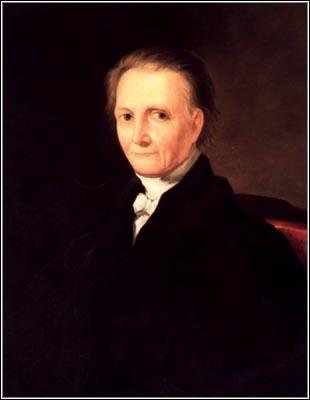 time in John Marshall’s thirty-year career that the Chief Justice wrote a dissenting opinion. Even more shocking, it was one of just three times that Washington voted differently from the Chief Justice.10 Writing for the majority, Washington held that Congress could prevent states from passing laws if they hindered existing contracts, but future state laws would be included in any contract going forward.11

Washington’s most-famous opinion, however, is the one he authored while riding circuit in 1823. In New Jersey, Cornfield v. Coryell addressed a dispute about gathering oysters and clams along the Jersey shore. However, the case would expand to address a more precise definition of the Privileges and Immunities Clause in Article IV of the Constitution. In his decision, Bushrod stated:

The right of a citizen of one state to pass through, or to reside in any other state, for purposes of trade, agriculture, professional pursuits, or otherwise; to claim the benefit of the writ of habeas corpus; to institute and maintain actions of any kind in the courts of the state; to take, hold and dispose of property, either real or personal; and an exemption from higher taxes or impositions than are paid by the other citizens of the state; may be mentioned as some of the particular privileges and immunities of citizens, which are clearly embraced by the general description of privileges deemed to be fundamental: to which may be added, the elective franchise, as regulated and established by the laws or constitution of the state in which it is to be exercised. These, and many others which might be mentioned, are, strictly speaking, privileges and immunities, and the enjoyment of them by the citizens of each state, in every other state, was manifestly calculated (to use the expressions of the preamble of the corresponding provision in the old articles of confederation) "the better to secure and perpetuate mutual friendship and intercourse among the people of the different states of the Union.12

Bushrod purchased William Byrd III’s estate, Belvidere, in 1795. He would hold onto this estate until his appointment to the Supreme Court in 1798. However, the most famous home to pass through Washington’s hands was the Mount Vernon estate. In 1799, George Washington bequeathed all of his papers to his nephew as a part of his last will and testament.13 Upon Martha’s death in 1802, much of the Mount Vernon estate, except enslaved workers previously belonging to George Washington, passed to Bushrod as well.14 Bushrod brought his own enslaved workers to Mount Vernon upon his inheritance. This lay in stark contrast to his role as the head of the American Colonization Society, which sought to start a new country for formerly enslaved people who wished to return to Africa.

Bushrod and his wife, Julia Ann Blackburn Washington, died within two days of each other, on November 26th and 28th, 1829. Their remains are interred at Mount Vernon.15

5. Hampton L. Carson, An Historical Sketch of the Law Department of the University of Pennsylvania (Philadelphia, PA: Press of the Times Printing, 1882), 16.

7. Hugh Blair Grigsby and R. A. Brock, The History of the Virginia Federal Convention of 1788, with Some Account of the Eminent Virginians of That Era Who Were Members of the Body (Richmond: Virginia Historical Society, 1890), 346.