The following lists provide information on the known burials at Mount Vernon. Others  have been buried at Mount Vernon through its history. However, the lists below represent the individuals that are known through documentation. 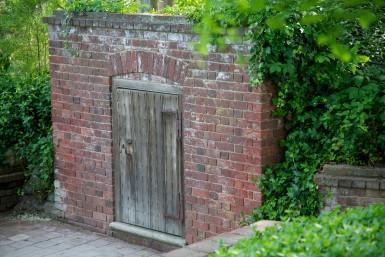 1831
All bodies interred in the Old Tomb were transferred to the inner vault of the New Tomb. 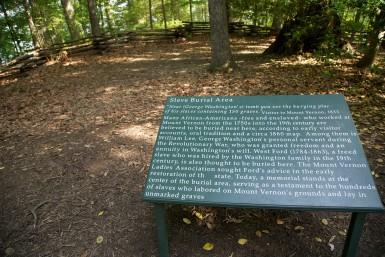 Between 50 to 75 people were buried at the enslaved burial ground. The individual graves, however, are no longer marked. The burial ground is believed to include the graves of:

1821
Frank Lee (died July 1821): The brother of William Lee and a long-time steward and house servant at Mount Vernon.

1863
West Ford (prior to November 19, 1785-July 20, 1863): A slave at Mount Vernon owned by Bushrod Washington and freed by him several years later. Ford continued working for the Washington family in the nineteenth century.

East of the New Tomb

1843
Mary Eliza Angela Lewis Conrad (April 1, 1813-September 21, 1839): The great-granddaughter of Martha Washington and the daughter of Lawrence and Eleanor Parke Custis Lewis. Also, the wife of Charles M. Conrad. Her body was buried near the New Tomb on July 10, 1843

Learn more about the Old and New Tombs at Mount Vernon - the final resting spot of George and Martha Washington.