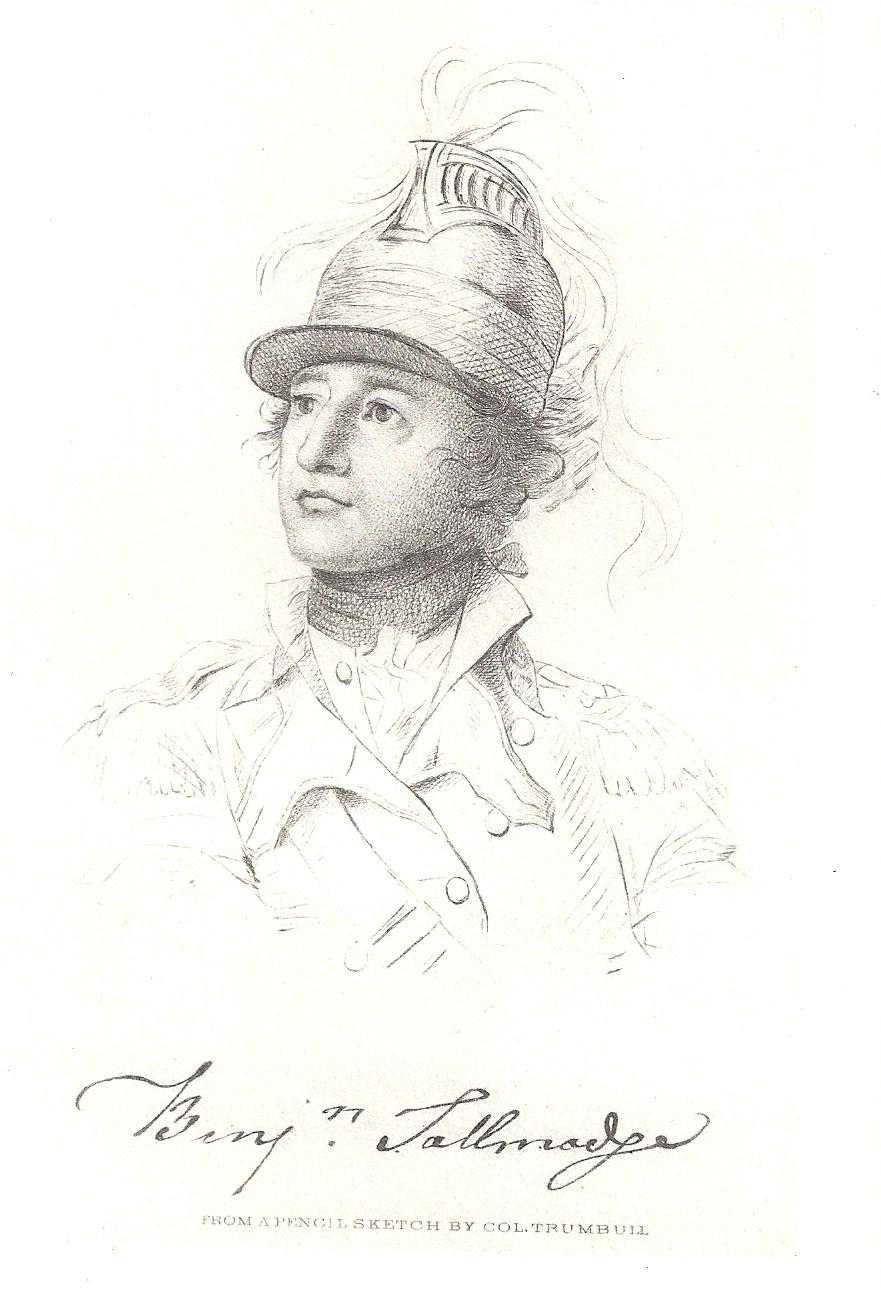 American espionage has its roots in the Revolutionary War, specifically in the network known as the Culper Spy Ring. At the center of this ring, appointed by General George Washington to provide military intelligence from the British headquarters in New York City, was Major Benjamin Tallmadge.

Benjamin Tallmadge was born on February 25, 1754, in Setauket, New York, on Long Island. He was the second of five sons born to the Rev. Benjamin Tallmadge and Mrs. Susannah Tallmadge (née Smith). Benjamin Tallmadge was well-educated in the classics by his father, and recounts in his memoir that, “President Dagget[t, at that time the President of Yale University], on a visit to [his] father, examined and admitted [Tallmadge] as qualified to enter college, when [he] was twelve or thirteen years old.”1 Though qualified, Tallmadge’s father did not choose to send him to Yale until 1769. While a student there, Tallmadge developed a close personal friendship with Nathan Hale, who would also eventually become involved in American espionage, though with a far more tragic end. After completing his studies in 1773, Tallmadge took up a teaching post at a school in Wethersfield, Connecticut.

After the Battles of Lexington and Concord and Bunker Hill, Tallmadge began to think seriously about joining the army in support of American independence. When the position of lieutenant in one of Connecticut’s six-month regiments of the Continental Army was offered to him by a Captain Chester of Wethersfield in 1776, Tallmadge readily accepted. He first saw action in the Battle of Long Island in August 1776, which ended in a British victory. His older brother William Tallmadge was taken prisoner at this battle and according to Tallmadge’s memoir, “literally starved to death in one of [the British] prisons.”2 By December 1776, Benjamin Tallmadge had been appointed a captain in Colonel Elisha Sheldon’s prestigious 2d Regiment of Light Dragoons, and subsequently rose to the rank of major in April 1777. Tallmadge was present at major engagements, including the Battle of Brandywine and the Battle of Germantown.

In 1778, Tallmadge was appointed director of military intelligence by George Washington, with the objective of securing information on the British in New York City. After the war ended, when Tallmadge reflected on this appointment in his memoir, he was demure in his description, saying only that “[he] opened a private correspondence with some persons in New York (for Gen. Washington) which lasted through the war.”3 These “persons” to whom Tallmadge referred were friends he knew during his youth on Long Island and included Abraham Woodhull, Caleb Brewster, Anna Strong, and Austin Roe. Together, they formed the Culper Spy Ring, Culper in reference to the pseudonym, Samuel Culper, used by Abraham Woodhull. Tallmadge went by the name John Bolton, to which his informants addressed their correspondence. In addition to pseudonyms, Tallmadge and Washington utilized other innovative espionage tactics to pass intelligence out of New York. Tallmadge created a system in which numbers were substituted for common words, names, and places to encode messages, and provided a key to Washington, Woodhull, and Robert Townsend, another member of the spy ring.

Washington also supplied invisible ink to help protect Tallmadge and Woodhull’s letters from being read if intercepted by the enemy. A message would be written in the invisible ink, sometimes on the back of a letter entirely normal in appearance, and then the recipient of the letter would treat the paper with a reagent to reveal the secret communication. It is clear that this ink saw significant use. On April 30, 1779, Washington informed Tallmadge, “I have not any of the Ink, but I will endeavor to provide some of it as soon as possible,” as Woodhull and Tallmadge seemed to have run out and were requesting more.4

In a major accomplishment, Tallmadge’s Culper Spy Ring prevented a British fleet from sailing for Rhode Island in July 1780, which would have hindered plans for Major General Marquis de Lafayette and Comte de Rochambeau to land 6,000 troops at Newport. Because Woodhull successfully passed intelligence of this fleet to Tallmadge, who then alerted Washington, a plan of misinformation was put into motion, giving the British the false impression that Washington was planning an attack on New York. This supposed threat caused them to quickly recall their ships from the Rhode Island expedition.

Tallmadge played a significant role in the apprehension of Major John André, a British spy involved in the treason of 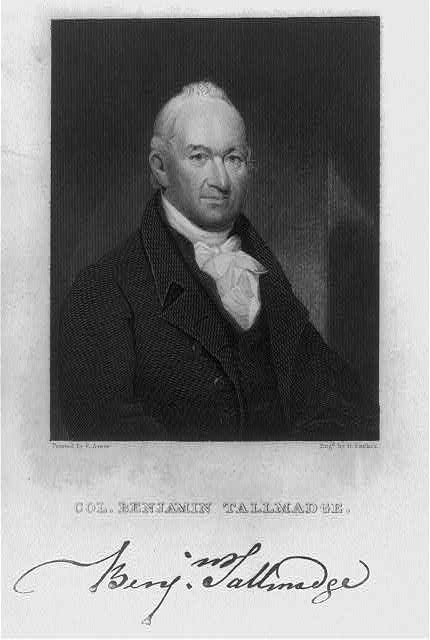 Benedict Arnold. After being captured by three militiamen in September 1780, André, who had been using a false name, was turned over to the 2d Regiment Light Dragoons. As Arnold’s treachery was not initially known, the commanding officer of the 2d Regiment Light Dragoons had thought to send André to Arnold’s headquarters at West Point. Tallmadge, however, was highly suspicious of André and prevented him from being transferred. Had André been sent to West Point, he undoubtedly would have escaped, as did Arnold once he became aware of André’s capture.

After the war, Tallmadge returned to civilian life with his wife Mary Floyd Tallmadge and their seven children in Connecticut. He entered into various business and financial ventures, serving as president of the Phoenix Bank, joining the Ohio Company to purchase and resell land in the west, and eventually purchasing, along with 36 other speculators, the entire Western Reserve of Ohio (a portion of land originally claimed for Connecticut veterans). During Washington’s first presidential term, Tallmadge was given the position of postmaster for Litchfield, Connecticut. He was elected to Congress in 1800 as a Federalist and remained in the House of Representatives until 1817. Benjamin Tallmadge died at the age of 81 in 1835.