From 1757 through 1775, Benjamin Franklin was happily settled in London. In England, he was renowned as a famous scientist, and until 1775 he staunchly believed that America and its mother country could be reconciled.

Craven Street is the only one of Franklin’s many residences that still remains today. Almost approved for "redevelopment" in the late 20th century, it was saved by a charitable trust and reopened as a Museum and Education Center on the 300th anniversary of Franklin’s birth in 2006.

In this clip, Dr. Tom Crouch, Senior Curator of Aeronautics at the National Air and Space Museum, introduces the viewer to Franklin's views on practical usage of balloons and flying. 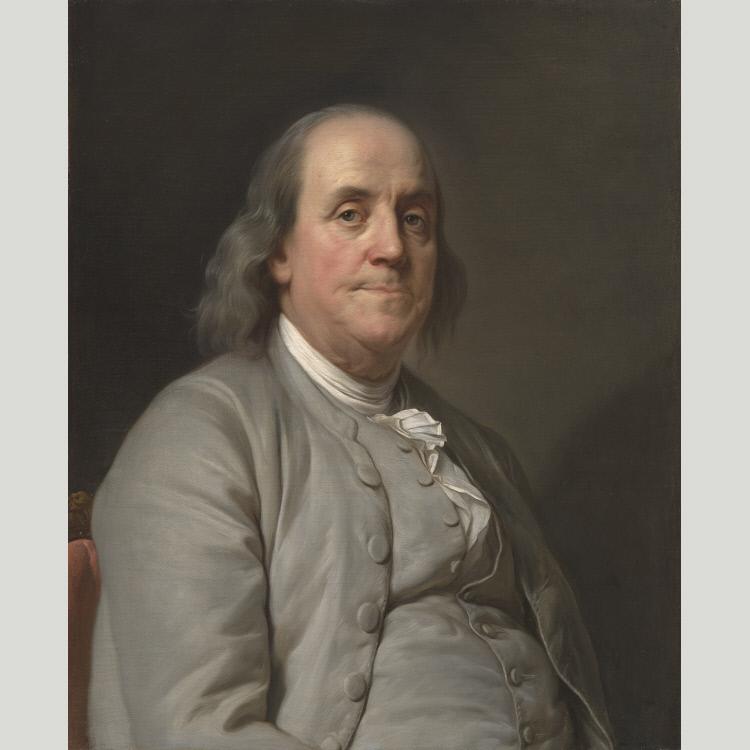 George Washington may rightly be known as the "Father of his Country" but, for the two decades before the American Revolution, Benjamin Franklin was the world’s most famous American.

Franklin was a celebrated scientist and inventor.1 His electrical experiments had won him the Royal Society's Copley Medal, the 18th Century equivalent of the Nobel Prize, and his inventions included the lightning conductor, the first map of the Gulf Stream and a new musical instrument in the glass armonica – for which Gluck, Mozart and Beethoven all composed concertos. Franklin’s genius was internationally acclaimed, with Immanuel Kant describing him as “The Prometheus of Modern Times” and David Hume hailing him as America’s “first great man of letters”.2

Born on January 17, 1706 in Boston, Benjamin Franklin was the tenth and youngest son of an independent tallow chandler and soap maker.3 He was apprenticed at the age of twelve to his printer brother James, but, following a dispute, Benjamin moved to Philadelphia in 1723. The next year the young printer was on the move again, this time to London, Britain's great imperial capital, and his eighteen-month stay would have a lasting influence. In 1726 he returned to America and made Philadelphia his permanent family home.

From as early as his mid-twenties, Franklin (in partnership with his wife Deborah) started to become successful, first as a printer, then also as a newspaper proprietor, writer, and merchant. In the years that followed, and inspired by his time in London, he founded some of America’s great institutions. These included the American Philosophical Society (based on the Royal Society), the Library Company of Philadelphia (the first successful public lending library in America), and the Academy of Philadelphia that would ultimately become the University of Pennsylvania. Following his retirement from daily involvement in his business and on taking up public service on a full time basis in 1748, Franklin also helped to establish America’s first public hospital and a system of Fire Insurance, having already created a Fire Service in 1736.

By 1757 Franklin was Deputy Postmaster for North America and a leading member of the Assembly of Pennsylvania, which sent him to London as its representative. During his time in Britain (1757- 1762 and 1764 to March 1775), he also took on representation for Massachusetts, New Jersey, and Georgia and fought hard for a reconciliation between Britain and its American colonies. Yet, when spurned by the anti-Americans in Lord North’s government and after fleeing Britain to escape arrest, he became a fierce American patriot.

Having returned to America, Franklin became an early advocate of confederation and was one of the committee of five appointed to draft the Declaration of Independence. His most striking contribution was his suggestion to Thomas Jefferson that the phrase ‘We hold these truths to be sacred and undeniable’ be changed to  ‘We hold these truths to be self evident’, which thereby neatly substituted natural law for divine sanction. Franklin was the only man to sign the three key documents in the birth of the United States: the Declaration of Independence, the Treaty of Paris, and the Constitution.

To those can be added an important fourth, the 1778 Treaty of Alliance with France. As the United States’ minister in France from 1776, Franklin brought the French into the war against Britain and kept them there. This made him second only to Washington for his importance in winning the War of American Independence. John Adams inadvertently provided confirmation of the contemporary and near-contemporary understanding of Franklin’s wartime importance, with his acid comment in an 1815 letter to Thomas Jefferson: "The essence of the whole will be that Dr Franklin’s electric rod smote the earth and out sprang General Washington. Then Franklin electrified him, and thence forward those two conducted all the Policy, Negotiations, Legislations, and War."4

After his return from France in 1785, Franklin became, at the age of seventy-nine, the President and effective Governor of Pennsylvania for three years. He was also a member of the Constitutional Convention in Philadelphia in 1787. Though enfeebled by ill-health, his few contributions to the Convention were important. Together with George Washington, he acted as a senior statesman willing to lend his authority to the compromises they deemed necessary to forge a Constitution capable of serving the new nation.

Also in 1787, Franklin became President of the Pennsylvania Anti-Slavery Society. In earlier years he had not only owned enslaved people but had profited from including slave advertisements in his newspapers. However, his views changed over time and he became first an advocate of "negro education" and then of abolition. He widely circulated Josiah Wedgwood’s "Am I not a Man and a Brother" anti-slavery medallions because he believed them to have "an Effect equal to that of the best written Pamphlet, in procuring Favour to those oppressed People."5 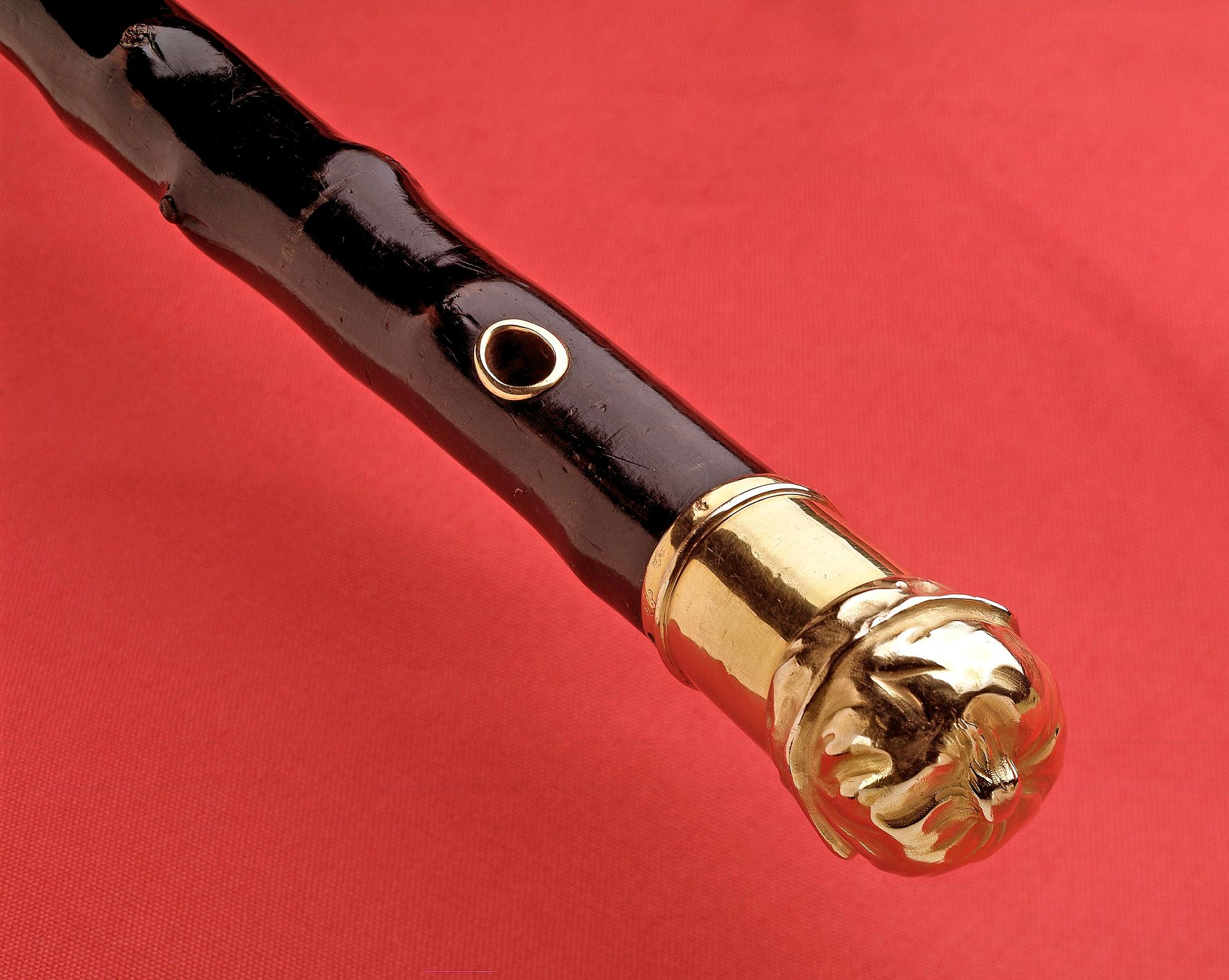 President, and America’s greatest ever polymath approaching the very end of his long and extraordinary life – a great affection was added to the two men’s customary mutual respect and admiration. In his will, Franklin bequeathed Washington something very special: the walking stick, adorned with a "cap of liberty", that he had accepted in 1783 as America’s minister plenipotentiary in France. Franklin died on 17 April 1790.

1. In the 18th century, however, he was not called a "scientist," but the contemporary term "natural philosopher."