During the American Revolution, British Major John André joined with American General Benedict Arnold in a scheme to secure British control over the American fortification at West Point, New York. 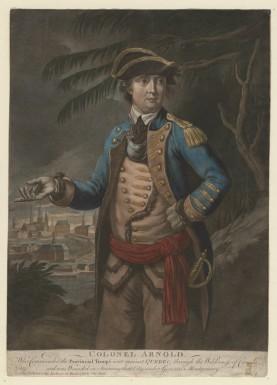 A General in the Continental Army during the Revolutionary War, Benedict Arnold served with distinction in several battles, but was passed over for promotions several times. Arnold was also investigated by the Continental Congress during his service and faced various accusations from opponents. Frustrated by the opposition he encountered, Arnold eventually started working for the British even while continuing to serve in the Continental Army. Ultimately his betrayal was discovered and Arnold fled to New York City, accepting a commission in the British Army.  Arnold's name has become synonymous with treasonous behavior and is perhaps one of the most infamous figures in American history.

Benedict Arnold was born in 1741 to a prominent Connecticut family. Arnold lost most of his siblings to yellow fever, calamitous events that triggered alcoholism in his father. As a teenager, Arnold's family faced financial hardship. At the age of sixteen, Arnold enlisted in a militia and served in the French and Indian War in upstate New York. During the 1760s, Arnold started a successful apothecary business.

Arnold's role as a prominent businessman brought him into direct conflict with both the Stamp Act and the Sugar Act, where the British government sought to regulate and tax colonial business transactions. Arnold joined the Sons of Liberty and continued his business in defiance of the British acts, effectively becoming a smuggler. He was elected to the position of captain in the Connecticut militia in 1775, and participated in the siege of Boston, the capture of Fort Ticonderoga, and the Battle of Saratoga where he received a leg wound.

Despite this service, Arnold was the focus of hostility from multiple officers in the Continental Army. Arnold brought complaints against Moses Hazen which led to his court-martial. Afterwards, Hazen leveled counter charges. Arnold also became involved in conflicts with both John Brown and James Easton. Brown in response published a pamphlet that claimed of Arnold, "Money is this man's God, and to get enough of it he would sacrifice his country."1

After being passed over for promotion to the post of Major General, Arnold tendered his resignation. George Washington, however, refused to accept the withdrawal. Soon after, Arnold participated in the Battle of Saratoga, where he was again wounded in his left leg, the same leg that had been injured previously. Soon after, Washington appointed Arnold military commander of Philadelphia, where his attempts to profit from his position ran afoul of local officials. In 1778 and 1779, Arnold expressed disappointment and pessimism about the prospects of the United States, and evidence mounted that he was conspiring with the British by exchanging sensitive military information for money. Although cleared of a court-martial, Arnold was rebuked by Washington, who called his conduct "imprudent and improper."2

Arnold resigned his post in Philadelphia and eventually gained command at West Point where he entered into secret negotiations with the British. He transferred money to British forces and passed on information that would aid the British in capturing West Point, while weakening the fort's defenses and thinning out its supplies. 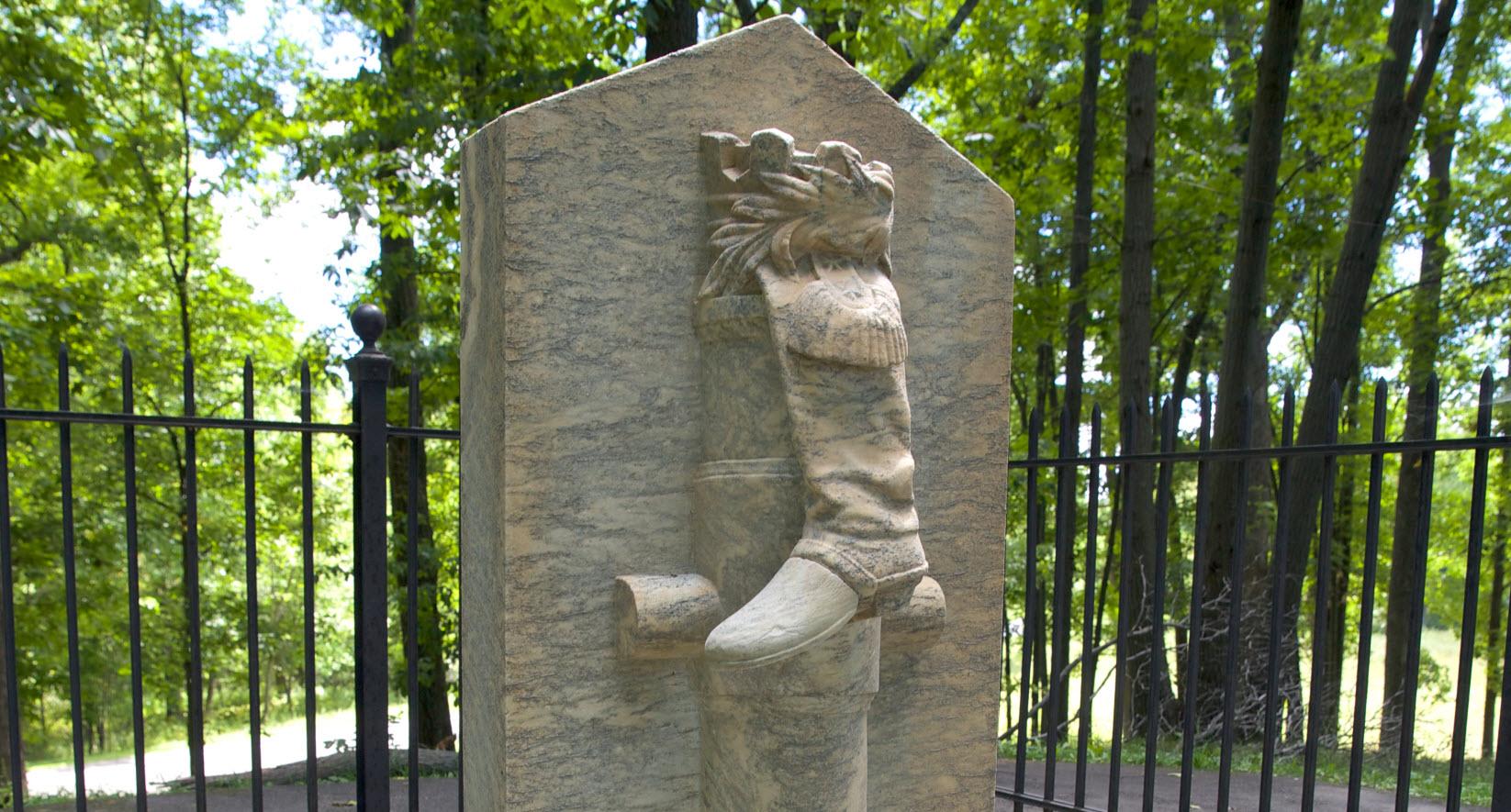 John Andre, Arnold's British contact, was captured and ultimately executed for his role in the plot. Arnold narrowly avoided capture by the Americans and eventually fled to England. Arnold served in the British army for the duration of the war, and then engaged in business in Canada and England until his death in 1801. Since then, his name has become synonymous with moral failure, betrayal, and sinister self-interest. His complex legacy, however, is reflected in the unusual memorial to him at the Saratoga National Historic Park. The memorial consists of a statue of a detached leg in a boot, alluding to Arnold's heroism at Saratoga and the leg wound he suffered there. However, the statue does not bear his name.