In the summer of 1781, General George Washington convened a planning session to decide where to attack the British, using a joint Continental Army and French Army forces. Washington initially supported a siege of New York, but Jean-Baptiste Donatien de Vimeur, comte de Rochambeau, the commander of French forces, recognized the difficulty of attacking the heavy fortifications of the city. While Washington had set his sights on New York, he also mentioned in a letter to Rochambeau that “should we be able to secure a naval superiority, we may perhaps find others more practicable and equally advisable.”1 Eventually, mainly due to Admiral De Grasse’s naval considerations, Washington yielded to Rochambeau’s recommendation and shifted his focus to Yorktown. The French fleet under De Grasse was, in the summer of 1781, stationed in the West Indies. On July 28, De Grasse wrote to General Washington that “the whole will be embarked in vessels of war from twenty-five to twenty-nine in number, which will depart from this colony on the 3d of August and proceed directly to the Chesapeake Bay.”2 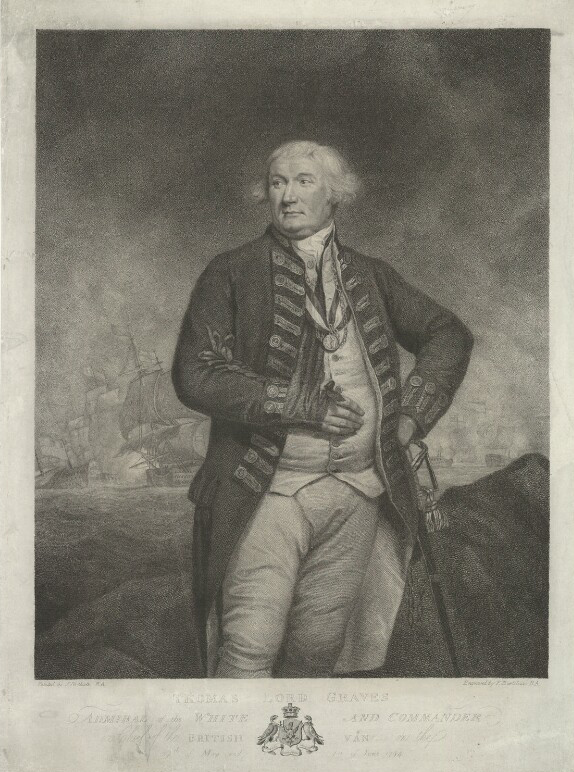 On September 5, the British fleet under Admiral Graves sailed into the mouth of the Chesapeake, hoping to have beaten the French to the bay. However, the French had moved into the bay five days earlier, and the two fleets quickly spotted each other. Admiral De Grasse ordered his fleet out to sea for more room, and his ships prepared for battle. The French fleet was comprised of twenty-four ships of the line, armed with a total of 1,700 guns and 19,000 sailors. The smaller British fleet fielded nineteen ships of the line, with 1,400 guns total and 13,000 sailors. The French ships were organized into two divisions, commanded by Le Seur de Bougainville and Le Seur de Monteil, while the British were organized into three, commanded by Sir Samuel Hood, Sir Francis Samuel Drake, and Admiral Graves.

The battle began around 4:30 in the afternoon. The British, with favorable wind, attacked first, firing on the head of the French Line. The French returned fire, and both lines soon became decisively engaged. While the British aimed primarily at the hulls of the French ships, the French targeted British sails and rigging. This technique was successful and led to at least two British ships falling out of line, uncontrollable. The British fleet suffered more casualties than the French, with 314 men killed or wounded. The battle eventually wound down at sunset, with the British fleet drifting eastward and away from the bay. The next day, Admiral Graves determined that his fleet had suffered too much damage to engage the French again, and sailed back to New York. 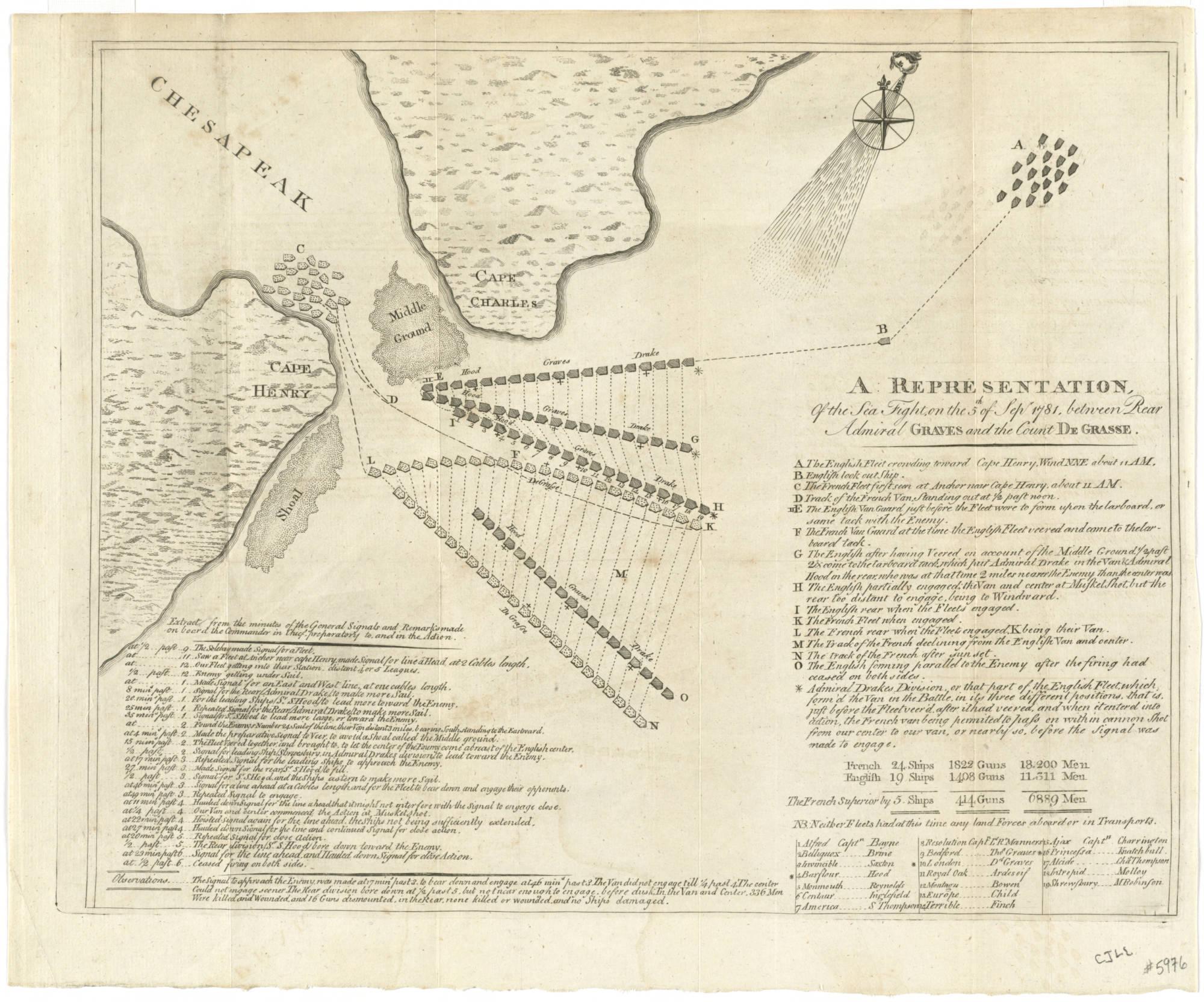 Admiral De Grasse’s control of the Chesapeake was crucial to Washington’s campaign plan for the siege of Yorktown. After receiving word that the Admiral was considering moving his ships from the Chesapeake and back out to sea, Washington sent an urgent letter to De Grasse stating that “the enterprise against York, under the protection of your Ships, is as certain as any Military operation can be rendered by a decisive superiority of strength and means.” Washington implored to Admiral De Grasse “that if you should withdraw your maritime force from the position agreed upon, that no future day can restore us a similar occasion—for striking a decisive blow” on the British army at Yorktown.3

Admiral De Grasse heeded Washington’s requests and maintained his presence in the bay to prevent any hope of British reinforcement to General Cornwallis’ army. Cornwallis knew that without outside support from the British garrison in New York, his trapped army would not be able to last against the French and American siege. With little prospects for relief, and under constant shelling from the Continental forces, Cornwallis surrendered at Yorktown on October 19, 1781. This marked the end of major combat operations between Britain and America in the Revolutionary War, an outcome enabled by the French Victory in the Battle of the Chesapeake.

Philbrick, Nathaniel. In the Hurricane's Eye: The Genius of George Washington and the Victory at Yorktown. New York: Viking Press, 2018.