George Washington and his officers considered abandoning and even burning New York City after retreating from Long Island on August 29. Washington, however, erroneously believed that Congress wanted the city held and deployed his forces on a sixteen-mile front. General Israel Putnam's 5,000-soldier division garrisoned New York while Nathanael Greene stretched a similar number across the central part of Manhattan.

William Heath and 9,000 troops held the area stretching from Harlem Heights to Kingsbridge, protecting the army's escape route off the island. Realizing their vulnerability, Greene urged Washington to reconsider the decision, and a September 12 council of war voted to abandon the city. Putnam began the evacuation, but was slowed by a lack of transportation and British control of the Hudson River.

On the morning of September 15, British General William Howe attacked the vulnerable American center before they completed their work. Five British warships sailed into the East River and anchored two hundred yards offshore from Kip's Bay, between modern-day East Thirty-Second and Thirty-Eighth Streets. As British ships in the Hudson created a diversion on the opposite side of Manhattan, 4,000 British and German troops in eighty-four flatboats rowed towards Kip's Bay from Long Island. The warships unleashed a thunderous naval barrage on Captain William Douglas's green, 450-man Connecticut militia regiment, deployed in a shallow trench. Douglas's militia broke under the onslaught and panic spread to nearby units as waves of British troops landed largely unopposed. 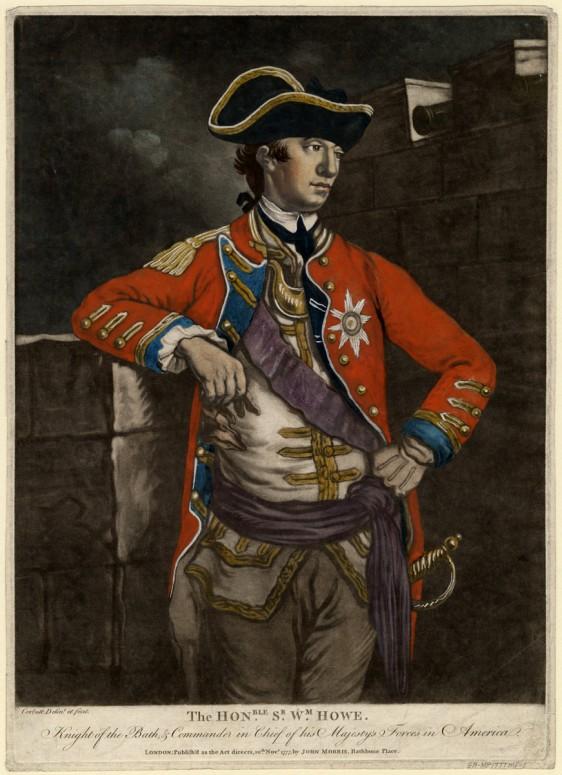 Howe's troops fanned out to the north and south as the American center collapsed. Washington, four miles away in Harlem when he heard the firing, quickly rode to the scene and was dismayed by the militia's flight. He and Putnam unsuccessfully tried to halt the stampede and rally the men behind stone walls, but they continued to stream past. Washington angrily shouted at them and even struck some with the flat of his sword to no effect. With Hessian troops only eighty yards away, Washington's aides led him to safety while Putnam frantically rode to New York to save his command. Abandoning over fifty cannons and other supplies, Putnam's men began a hurried twelve-mile retreat towards Harlem Heights during late afternoon in oppressive heat.

Fortunately for the American cause, Howe demonstrated a similar lack of aggressiveness that he did previously following the Battle of Long Island. Advancing west from Kip's Bay, Howe occupied the high ground near Murray Hill but then halted until 9,000 additional troops landed. Had Howe rapidly continued toward the Hudson, he might have captured a large part of Putnam's command which stretched out over two miles.

The British advance resumed after 5:00 P.M., and at times was within a half a mile of Putnam's men on a parallel route. However, the two sides never made contact. Howe halted as darkness fell while the Americans continued on, rejoining their army later that night. About fifty American soldiers were killed during the fighting, some after they surrendered, and 367 were captured. Howe suffered only a handful of casualties. Washington's army suffered another defeat but survived to continue the fight for American independence.

Martin, Joseph Plumb. A Narrative of a Revolutionary War Soldier: Some of the Adventures, Dangers, and Sufferings of Joseph Plumb Martin. New York: Penguin Putnam, 2001.

Schecter, Barnet. The Battle for New York: The City at the Heart of the American Revolution. New York: Wiley & Co., 2002.