The term "Hessians" refers to the approximately 30,000 German troops hired by the British to help fight during the American Revolution.

The Battle of Saratoga, fought in two stages on September 19 and October 7, 1777, proved to be a turning point in the American struggle for independence. 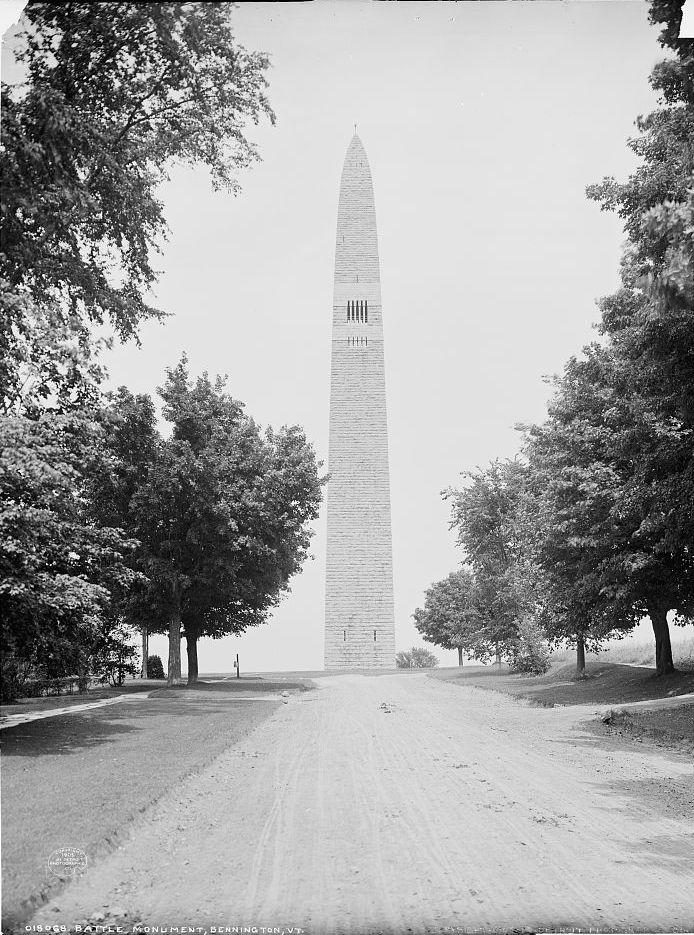 The Battle of Bennington, on August 16, 1777, formed part of the Saratoga Campaign. The battle was fought at Walloomsac, New York, ten miles northwest of Bennington, Vermont. In this encounter, New Hampshire militia under Brigadier General John Stark clashed with two British detachments under General John Burgoyne.

Two years into the War of Independence, the British realized that the New England colonies were too heavily concentrated with rebels to effectively subdue the region. The British Army devised a new plan to isolate New England from the “loyal” southern colonies, utilizing a three-way pincer movement. General Burgoyne led a column of 8,000 men from Montreal to Albany, where they planned to link up with General William Howe’s army marching up the Hudson. Burgoyne instructed General Barry St. Leger’s men (consisting of 300 regulars, 650 Canadian and Loyalist militia, and 1,000 Native Americans), to move east from Lake Ontario through the Mohawk Valley to Albany. The British hoped that their position on the river route from Canada to New York City would cut off New England from the rest of the American colonies. The plan failed when St. Leger was forced to retreat during the siege of Fort Stanwix after losing his Native allies. He arrived at Fort Ticonderoga on September 27, too late to support Burgoyne. Further complications arose when Howe decided to take a newly vulnerable Philadelphia instead of joining up with Burgoyne as planned. Burgoyne was not notified of Howe’s change of plan until well after the expedition was underway.

Burgoyne, camped at Fort Edward, New York, was depleted of supplies and horses after his trek from Montreal. He ordered 375 of his men, led by German Lieutenant Colonel Friedrich Baum, to attack a supply depot at Bennington, which he believed to be undermanned. Baum and his men were later joined by a local company of Loyalists, Canadians, Native Americans, and British sharpshooters, giving him 800 men in all.

Unbeknownst to Burgoyne, the citizens of the New Hampshire Grant territories (present-day Vermont) had appealed to the 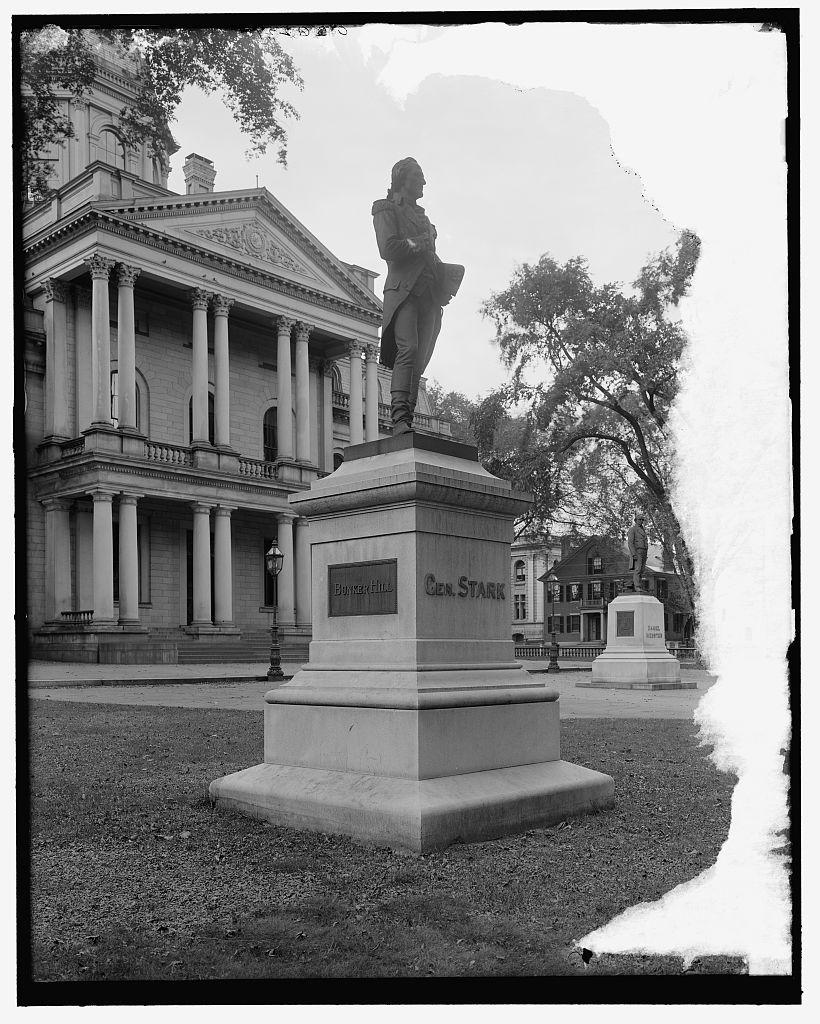 states of New Hampshire and Massachusetts for protection from Burgoyne's advancing army. In July 1777, New Hampshire promoted John Stark to brigadier general and authorized him to raise a militia to respond to the British advance. Stark raised more than 1,500 men in a matter of six days, more than 10 percent of New Hampshire’s men over the age of sixteen. He marched his men to Manchester, Vermont, where he conferred with Colonel Seth Warner, who had been ordered to command the Vermont and Massachusetts militia.1

On August 13, Baum reached Cambridge, New York and learned of Stark’s presence and large army in Bennington. He sent word to Burgoyne for reinforcements. Stark, upon receiving word that Baum was near, also sent word for reinforcements. The two forces made contact near the Walloomsac River on August 15, but due to inclement weather, proceeded to secure their positions instead of engaging for battle. In response to the requests for reinforcements, Burgoyne sent 640 men under German Lt. Col. Heinrich von Breymann. Warner sent a company of about 350 Green Mountain Boys south from Manchester under Lt. Col. Samuel Safford in response to Stark’s request. During the pause in activity, spies working for Stark entered Baum’s camp posing as Loyalists, took a loyalty oath, and were given cards to identify them as Loyalists. The Germans fighting for the British spoke no English, and so were simply told not to fire on men bearing these cards.

On August 16, Stark rallied his troops, declaring they were here to "fight for their natural rights as Englishmen." When the fighting broke out, Stark moved close to the German position without raising alarm since his men had placed the loyalist cards in their hats. Stark’s forces immediately had the Germans surrounded, and the Native American and Loyalist detachments fled or surrendered. Baum led an unsuccessful saber charge to try to break through the envelopment and was mortally wounded.

Stark and his men began to loot supplies and disarm prisoners when reinforcements under Breymann arrived unexpectedly. Stark tried to regroup his men, but was having trouble holding ground and had to fall back.  Just before the Americans’ lines collapsed, Warner and the Green Mountain boys arrived to reinforce his troops. Breymann retreated, having suffered the loss of one-quarter of his force and all his artillery pieces.2

At the end of the battle, a group of mostly untrained militia had defeated some of Europe’s best troops. 207 British troops were killed, and 700 more were captured along with supplies and artillery. Indeed, the loss of men and supplies Burgoyne suffered in this battle contributed to his surrender following the Battle of Saratoga, which proved to be a tremendous morale boost for the colonies.3