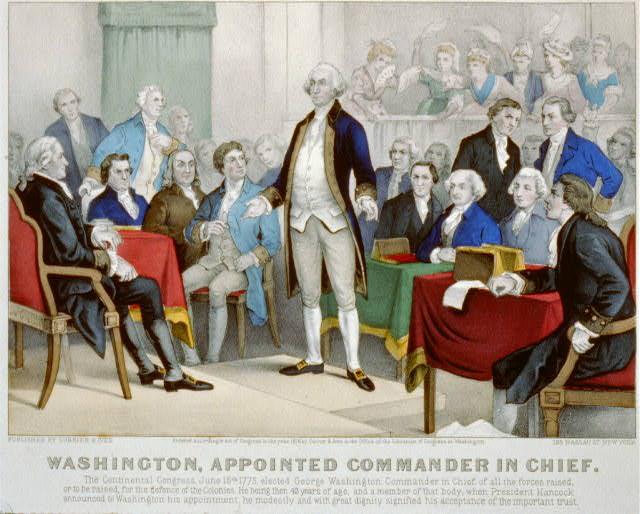 George Washington arrived at the Second Continental Congress in Philadelphia on May 9, 1775. Immediately he was placed on several committees that handled military preparedness in the colonies. Washington had a respected military reputation based on his time serving in the French and Indian War, lending him respectability and a certain level of expertise. One of Washington's first acts included designing a buff and blue colored uniform sewn by an indentured servant at Mount Vernon named Andrew Judge; Washington wore it throughout his time in Philadelphia.

The selection of a commander of the militia forces gathering outside Boston after the battles of Lexington and Concord constituted an important priority for the Congress. The New England forces lacked guns, ammunition, training, and most importantly leadership. Several New England congressmen believed that their officers should command the army surrounding Boston. Others thought that an outsider in command would truly make the militia a "Continental" army. Washington commanded a loyal following among many of his fellow delegates. Those unfamiliar with his politics and reputation sounded out the Virginia delegation for information.

A need for unity and common cause among the colonies motivated delegates to consider Washington. An army drawn from all of the colonies with a Virginia commander would make the Massachusetts cause a struggle shared by the entire continent. Washington's unanimous choice signified the beginning of a process to create a national military force. 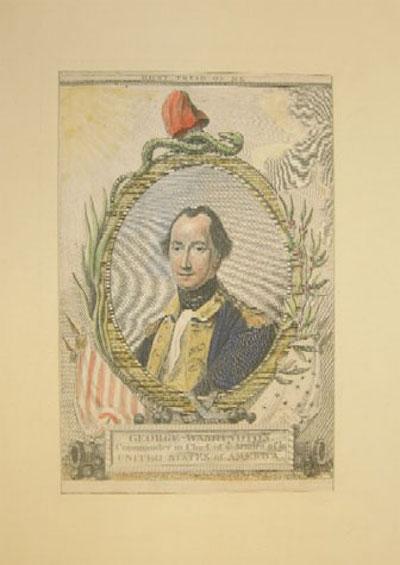 Washington's selection made sense for several reasons. To make the rebellion a truly continental endeavor, the participation of Virginia—the wealthiest and most populous colony—was essential. Congress sought a commander with direct combat experience, and few had more than Washington. At forty-three, he was vigorous and young enough to survive the long campaigns of a protracted conflict. Lastly, Washington's fellow Virginians convinced many congressmen of his singular determination to the patriot cause.

Politically, Washington was a moderate revolutionary; a sober leader determined to defend colonial rights. Washington's presence also helped his cause; several contemporaries described his appearance as majestic. Benjamin Rush explained that, "He has so much martial dignity in his deportment that you distinguish him to be a general and a soldier from among ten thousand people."1

In his statements after his appointment, Washington pledged obedience to the civilian authorities in Congress. He declined a salary, asking only that he be reimbursed for expenses he accrued during the conflict. In his acceptance speech of June 16, Washington sounded the appropriate chords of humility in stating, "I am truly sensible of the high Honor done me in this Appointment… I do not think myself equal to the Command I am honored with."2

In private letters, Washington thought himself unworthy of the monumental task he faced. Encountering Patrick Henry after the vote, Washington's eyes filled with tears as he told his fellow Virginian "Remember Mr. Henry, what I now tell you: from the day I enter upon the command of the American armies, I date my fall, and the ruin of my reputation."3 Before speeding to Boston, Washington purchased several texts on organizing and leading large armies.