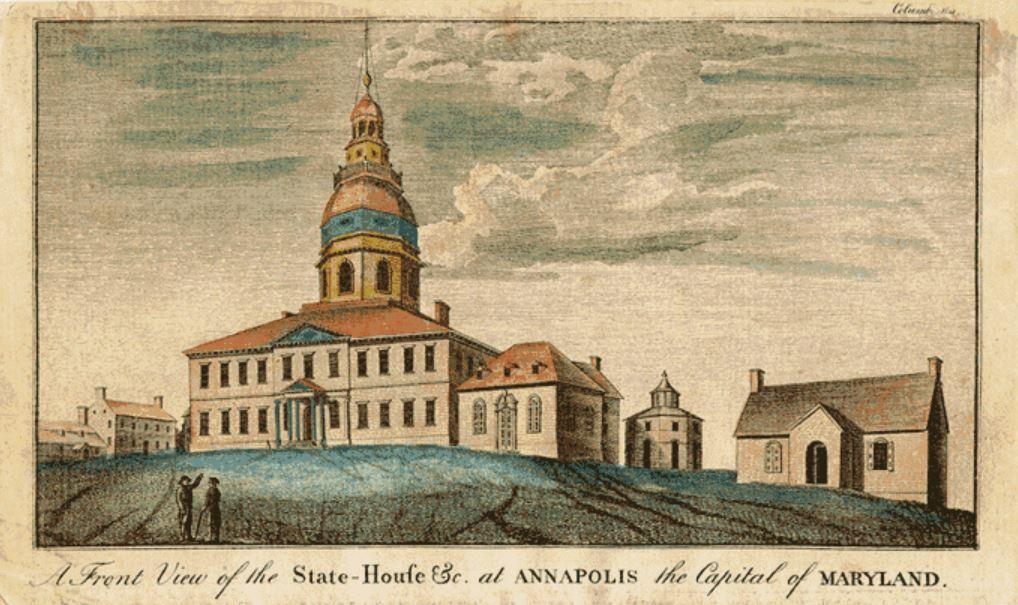 Held September 11-14, 1786, the Annapolis Convention was a meeting incipiently aimed at constructing uniform parameters to regulate trade between states during a time of political turbulence and economic strain.1 While chartered as a purely commercial convening, and attended by only a handful of delegates from five states, the Annapolis Convention served as a decisive stepping-stone to the Constitutional Convention, effectively laying the catalytic groundwork for our nation’s constitutional formation.2

The Convention’s attendees, “dictated by an anxiety for the welfare of the United States,”3 came to the collective realization that trade was altogether unseverable from the widespread “embarrassments” characterizing the then-present state of affairs,4 and that to discuss commerce without first addressing the inadequacies of America’s broader political framework was thoroughly unavoidable. Articulating these sentiments in a report issued to all states and Congress, the Annapolis delegates recommended a convention be held in Philadelphia the following year; the Constitutional Convention was subsequently held from May to September 1787. Although George Washington did not attend the Annapolis Convention himself, he set a critical precedent for its convening in the form of the Mount Vernon Convention of 1785 and later, upon Annapolis delegate James Madison’s urging, served as head of the Virginia commission to the 1787 Constitutional Convention, of which he was ultimately named president.5 It could then be said that, while not physically present at the Annapolis Convention, Washington played a pivotal role in its original conception as well as the realization of its most insightful, formative recommendations.

While the Revolutionary War had catapulted the notion of federally based patriotism to centerstage, its aftermath precipitated unprecedented economic and political strife, rendering the once semi-united states into an assemblage of discordant, sovereign republics. Interstate trade barriers and disputes ran ubiquitous, with each state adhering to its own currency, debt, and regulatory strictures. Meanwhile, the Articles of Confederation proved an inadequate if not an entirely impotent political framework, unable to raise taxes or regulate trade.6 In such disrepair, the nation tumbled into deep economic recession in 1785, as reactive uprisings like the infamous Shays' Rebellion of 1786 became commonplace.7

The American Economy After The War

Having dedicated his adult life to the cause of American independence, George Washington lamented America’s “half-starved, limping government” with sadness as well as frustration, blaming the nation’s economic and political hardships on the “disinclination of the individual States to yield competent powers to Congress for the Federal Government.”8 With each state obstinately regarding itself as “all-wise and all-powerful,” Washington predicted, “our downfall as a nation” would inevitably come.9 Amid the surge of popular uprisings during 1786, Washington’s fears for his country degenerated into a veritable nightmare. Writing to his good friend Henry Knox in December 1786, he reflected on America’s state of affairs: “My mind does not know how to realize it, as a thing in actual existence, so strange – so wonderful does it appear to me!”10

Yet while bemoaning America’s present state, Washington still espoused an ambitious dream for its future. Owner of significant land on and near the Ohio River, he yearned for commercial and political concord upon which to drive the nation’s geographical expansion. It was with this vision that Washington hosted the 1785 Mount Vernon Convention, during which Maryland and Virginia settled a heated debate regarding the commercial and navigational use of the Chesapeake Bay and the Potomac River and, perhaps even more importantly, the precedent for the imminent Annapolis Convention was set.11

With the expressed purpose to determine “how far an uniform system in [states’] commercial regulations may be necessary to their common interest,”12 the Annapolis Convention commenced on September 11, 1786, in the senate chamber of the Maryland State House. By choosing the comparatively isolated town of Annapolis, the delegates circumvented major commercial centers imbued with their powerful economic interests,13 “laying aside all local attachments, and every private sinister view” in order to “promote the general good.”14 Attendance was meager at best – only New York, New Jersey, Pennsylvania, Delaware, and Virginia sent commissioners to the seaport town, amounting to just twelve representatives.15 While constituting an admittedly “partial and defective” representation,16 the delegates still stood as a highly competent group of men, comprised of a future President (James Madison), a future Secretary of the Treasury (Alexander Hamilton), and a future Secretary of State (Edmund Randolph).

Chaired by John Dickinson, the former governor of Delaware, the Convention’s members reasoned that questions of trade regulation were of “such a comprehensive extent” that the bounds set by their current meeting would not suffice.17 Commercial disputes among states, the delegates agreed, emblemized “important defects in the system of federal government,” meriting not a unilaterally focused gathering of a handful of states, but rather “an exertion of the united virtue and wisdom of all the members of the confederacy.”18 In a report authored by a young Hamilton, the Annapolis commissioners called for a Convention to meet at Philadelphia the following May, with the vocalized aim to “render the constitution of the federal government adequate to the exigencies of the union.”19

Upon leaving Annapolis, Virginia’s James Madison set out to persuade George Washington to attend the Philadelphia Convention.20 Washington, of course, had his reservations. Writing to Madison in November 1786, Washington yearned deeply “for retirement and relaxation from public cares;”21 he did not even wish to attend the next meeting of the prestigious Society of the Cincinnati, over which he grudgingly presided.22 Reflecting on the Annapolis Convention, Washington seemed to take little stock in the delegates’ unanimity, regretting the fact that “only five States were represented—none East of New York.”23 Even if all states were to be represented in Philadelphia, Washington privately confessed, there was “little prospect” for any unanimous, workable agreement. As he wrote to his former aide-de-camp, David Humphreys, in December 1786, “We could not remain quiet more than three or four years (in time of peace) under the constitutions of our own choice.”24

Nevertheless, Madison remained firmly dedicated to the realization of a Constitutional Convention. In championing the Virginia Act of October 16, 1786, Madison authorized the appointment of Virginia delegates to Philadelphia in due time,25 appealing to the “fraternal and affectionate Sentiments” which guided the “citizens of the commonwealth to unite with their Brethren” during the Revolution.26 With “earnestness,” Madison placed Washington’s “name at the head of them.”27 Ultimately, the “uninterrupted progress” of the Virginia Act was evidence enough for Washington that Virginia’s attendance at the Constitutional Convention was not only a “favourable issue,” but also a measure of significant “necessity and magnitude.”28 The following May, George Washington led the Virginia delegation at the Constitutional Convention.29

3. John Dickinson, “Proceedings of the Commissioners to Remedy Defects of the Federal Government, Annapolis in the State of Maryland” (Annapolis, Maryland, September 14, 1786).