Watch a clip from Winston Churchill's visit to Mount Vernon in 1942, courtesy of the Trustees of the Imperial War Museums. 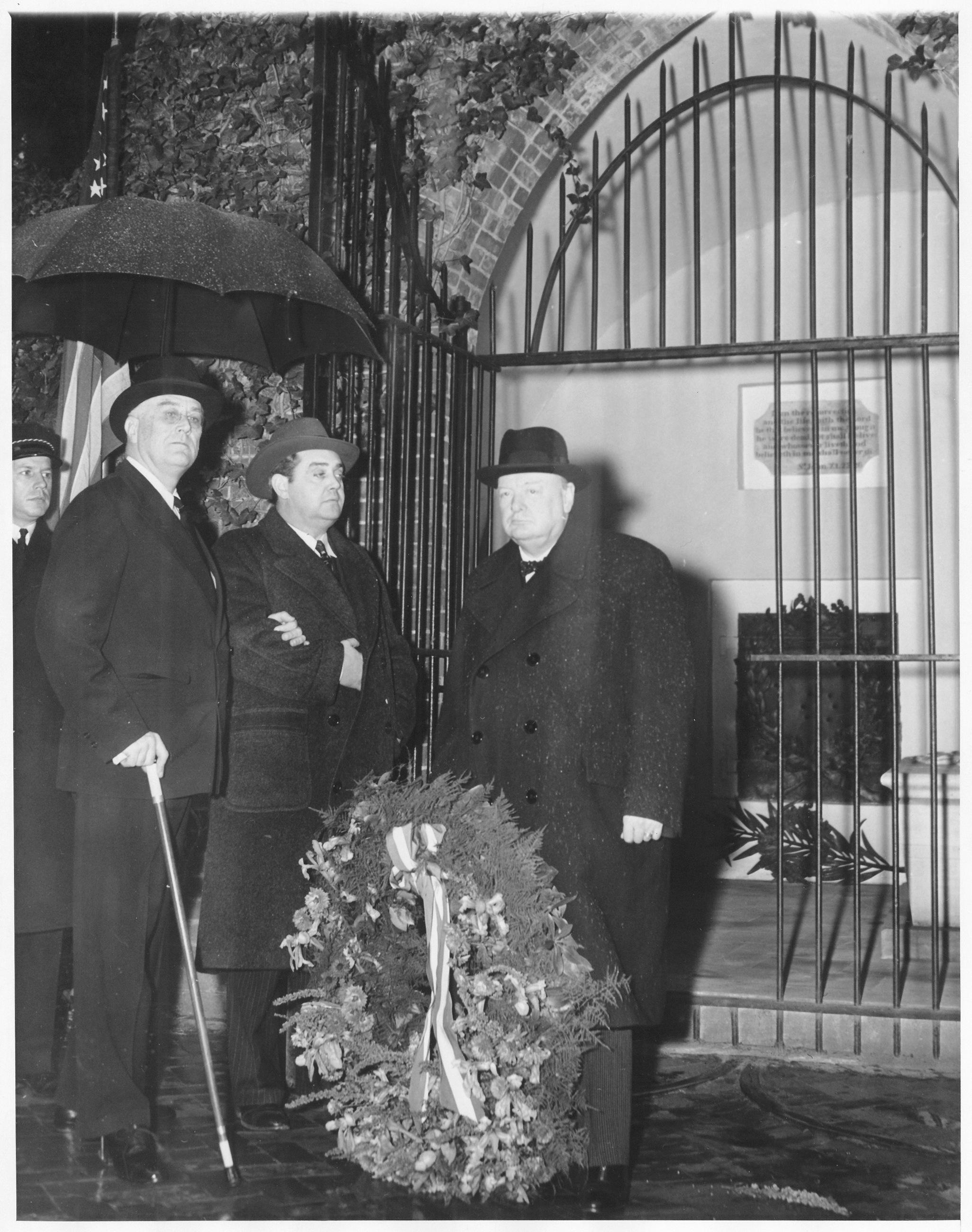 From 1939 to 1945, an unprecedented number of foreign dignitaries visited Mount Vernon during their official tours of the United States. Some of the most prominent visitors included King George VI of Great Britain and his family; King George II of Greece; Queen Wilhelmina of the Netherlands; the President of Czechoslovakia; and the Prime Ministers of the United Kingdom, Poland, and Australia. President Franklin D. Roosevelt began visiting Mount Vernon soon after securing the presidency, and he and First Lady Eleanor Roosevelt often took foreign leaders to Mount Vernon themselves.1 Once the war broke out, the Roosevelts included Mount Vernon more frequently within their itineraries for diplomats, to share American history and culture with their guests. The inspiration for this itinerary possibly came from King George VI’s visit to Mount Vernon on June 9, 1939.

The royal trip to George Washington’s home was planned out in detail as one of the premier American tour stops. King George VI, Queen Elizabeth, and several other British dignitaries including the British Ambassador Sir Roland Lindsey sailed to Mount Vernon on the President’s yacht, the U.S.S. Potomac, accompanied by the Roosevelts.2 The King’s entourage was so large that many of those accompanying the royal family traveled separately by car. The Department of Motor Vehicles of Virginia closed the major roads leading into and out of the area to accommodate them.3 The royal family ate lunch on their way to Mount Vernon and toured the grounds, including Washington's tomb, once they arrived around 1:30 PM. Subsequent trips by other foreign dignitaries often followed similar formats. Many newspapers covered the event, including The New York Times, which reported, “King George VI of England today laid a wreath on the tomb of George Washington, leader of the revolt against King George III, who in 1775 scarcely could have imagined his direct descendant paying this tribute to Mount Vernon.”4 After leaving Mount Vernon, the royal family traveled to Arlington Cemetery by motorcade to pay their respects for America’s fallen troops.5

Other foreign leaders began visiting the United States after the Second World War broke out, and many of them visited 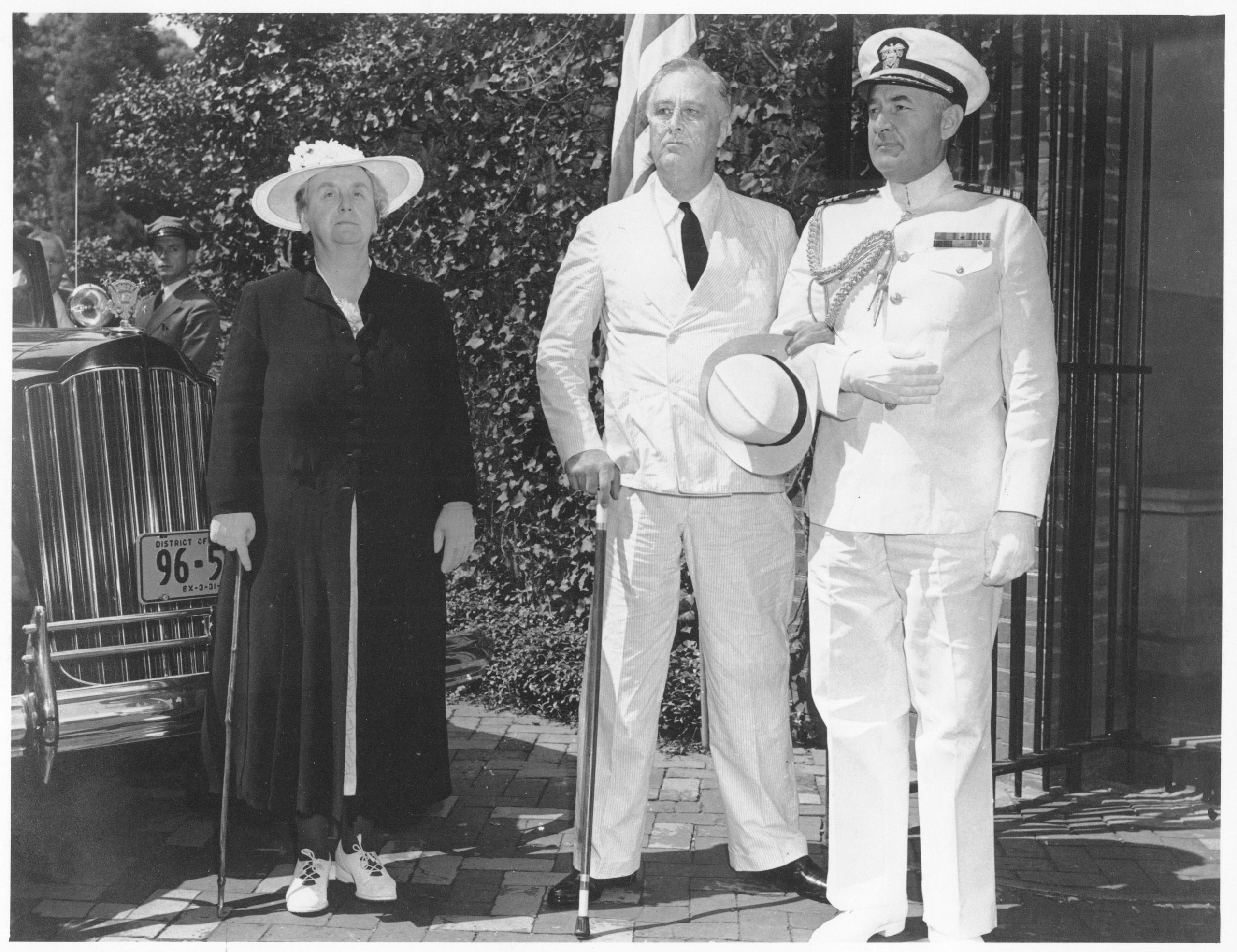 Washington’s home. Their reasons varied considerably. Many foreign dignitaries toured Mount Vernon during the war to show respect for America’s history and culture before requesting aid from America. For example, General Wladyslaw Sikorski, the Prime Minister of the Polish Government in Exile, toured Mount Vernon during the same trip when he beseeched Congress for aid in April 1941. Similarly, King George II of Greece called for wartime aid when he visited in June 1942. At Mount Vernon he used short-wave radio to communicate in Greek to people around the globe.6 Queen Wilhelmina of the Netherlands also visited Mount Vernon during her time in the United States. In a speech before Congress, she stated that while her country might be occupied, it would never fully surrender.7

Foreign leaders also toured Mount Vernon to show solidarity with the United States. Winston Churchill visited on January 1, 1942 — just weeks after the United States officially entered the Second World War. Not only did Churchill visit Washington’s residence and tomb, but also visited Pohick Church, where Washington was once a member. Roosevelt and Churchill prayed together there.8 Other wartime leaders included France’s General Charles de Gaulle, leader of his country’s government in exile (1944).9 De Gaulle’s trip occurred between his visits with numerous allied generals and strategic meetings with President Roosevelt.

Foreign leaders living in exile but not filling a wartime role also toured Mount Vernon during World War II. Princess Juliana of the Netherlands and Charlotte, the Grand Duchess of Luxembourg, both visited in 1940.10 Eleanor Roosevelt personally escorted Queen Wilhelmina by boat to Mount Vernon in 1942.11 Prince Olav of Norway visited Mount Vernon five times between 1940 and 1945 while his homeland endured Nazi occupation.12 While these visitors lacked the same official reasons to publicly show respect for George Washington’s home and tomb, they did so throughout the war with more regularity than other world leaders.