The city of Alexandria, Virginia, is located on the Potomac River across from Washington D.C., approximately ten miles north of Mount Vernon. George Washington played an integral part in the town's early history and development throughout his lifetime. In 1732, all that existed on the future site of the town of Alexandria was a public tobacco warehouse near a ferry landing.

By 1740, recently emigrated Scottish merchants began settling around the warehouse to take advantage of the site’s deepwater harbor. The little community, known originally as Belhaven, was easily accessible to the residents of the surrounding countryside and lay on the natural north-south route of travel through the colony. 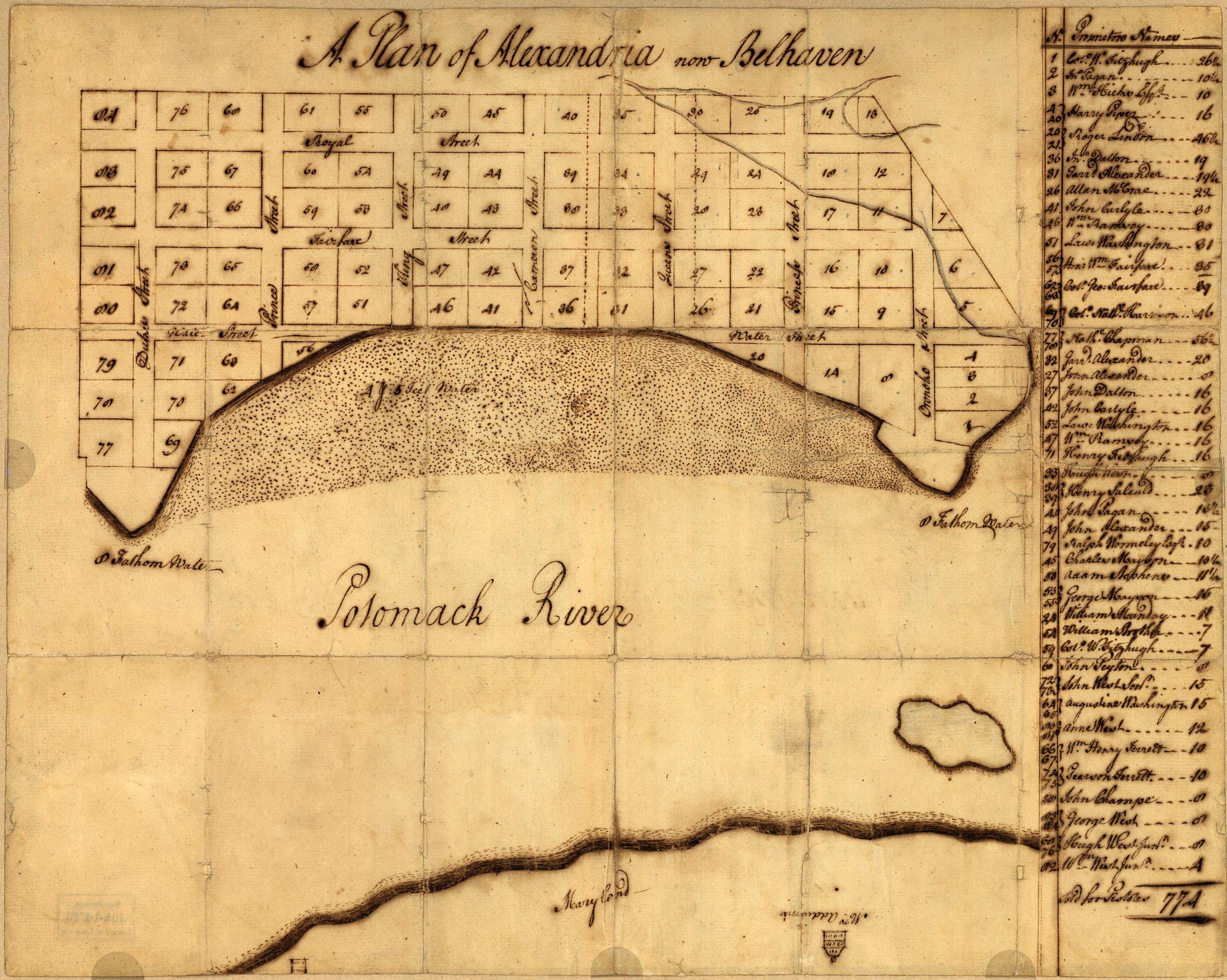 The planters of Fairfax County realized the advantages of developing a nearby market center. In 1748, Lawrence Washington submitted a petition to the House of Burgesses for the establishment of a town on sixty acres of land around Belhaven at Hunting Creek on the Potomac River, only a short ride from his home at Mount Vernon. The following year Lawrence’s younger brother George Washington assisted the county surveyor in laying out the town into eighty-four lots along ten streets around a central market square. The settlement was renamed Alexandria in honor of the Alexander family, who owned most of the acreage where the new town was to be built.1

Alexandria dates its founding to July 13, 1749, with the start of an auction selling the first lots to the public.2 Several important figures in George Washington's life, including Lawrence Washington, Colonel William Fairfax, George William Fairfax, and George Mason, all purchased original lots. In 1752, George Mason led county residents in a petition to relocate the County Court to Alexandria. One of the first documents approved at the new building on Market Square was the last will of Lawrence Washington.

In Alexandria, George Washington recruited his first soldiers and drilled them in the Market Square. In the spring of 1754, he marched out of Alexandria on his first military campaign of the French and Indian War. The following year General Edward Braddock made Alexandria his headquarters as he prepared for his own ill-fated expedition against the French. After service in the French and Indian War, Washington settled down at Mount Vernon and became a regular visitor to Alexandria. He was chosen as a town trustee in 1763. Two years later he was chosen as a burgess for Fairfax County.

At meetings in Alexandria, Washington helped mobilize the county in its first organized resistance to British policies. On July 18, 1774, the influential Fairfax Resolves asserting American rights and grievances were approved by a meeting of the County Committee chaired by Washington at the courthouse in Alexandria.3 That winter Washington began making frequent trips to Alexandria to drill the new Fairfax Independent Company in anticipation of coming hostilities with Britain. After Washington rode off to war, Alexandria remained relatively untouched by the Revolutionary War. News of British ships in the Potomac caused a panic among the citizens, but Alexandria was never bombarded by warships nor occupied by British armies.

In the years following the Revolution, Alexandria entered an era of significant prosperity. On April 15, 1791, the cornerstone of the nation’s new capitol was laid in Alexandria. The town frequently provided lodging and entertainment for many of the first generation of visitors and residents of Washington, D.C. In 1792, Alexandria’s first Bank opened its doors. George Washington was a stockholder and depositor. 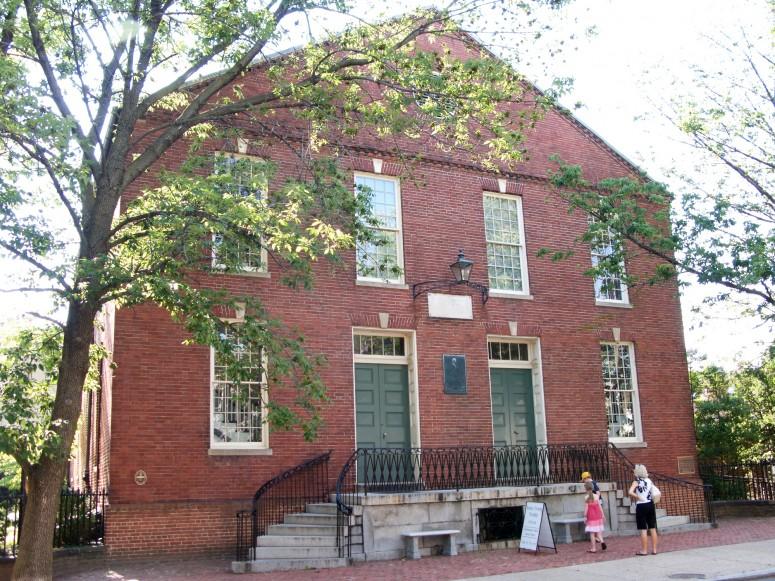 That same year an apothecary shop opened up down the street, where Washington purchased medicine and picked up his mail. Washington also owned a pew at Christ Church in Alexandria, and in 1795 contributed to the building of the first permanent Catholic Church in Virginia. Washington was welcomed home from the presidency at a civic dinner held at the popular Gadsby's Tavern, and returned there for a ball on his last birthday in 1799. On December 16, the Alexandria Gazette reported "the death of their illustrious benefactor." Washington's memorial service was held at the Presbyterian Meeting House in Alexandria. One month after his death, citizens founded the Washington Society of Alexandria to honor his memory and all he had contributed to the early life of the growing port town on the Potomac.