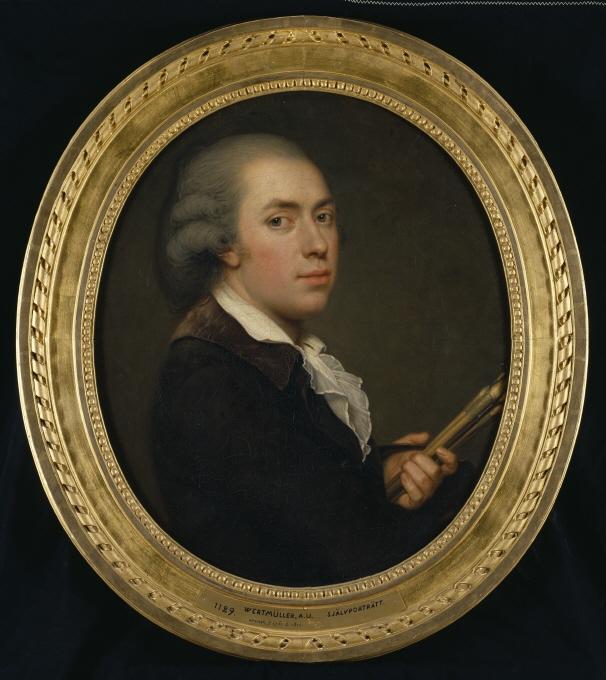 On November 8, 1794, the Swedish artist Adolf Ulrik Wertmüller recorded his completion of a portrait of America's first President. Like other Washington portraitists of the 1790s, Wertmüller faced an entirely new artistic challenge, prompted by America's experiment in republican government.

Just as Washington sought throughout his presidency to define the office, so portraitists grappled with unprecedented questions: What should an elected president look like? How could a painting depict supreme authority in while avoiding the conventional trappings of royalty or military command? How could an artist balance the opposing values of equality and authority, citizen, and head of state?

Wertmüller's response to this artistic challenge differed from those of his American contemporaries, just as his training and experiences diverged. Wertmüller was a refugee from the terrifying violence of the French Revolution, arriving in Philadelphia in May 1794. Wertmüller had previously studied at the Swedish and French Royal Academies, as well as in the Parisian studio of court painter Joseph-Marie Vien, an early advocate of neo-classical ideals in art and revolutionary ideals in politics. 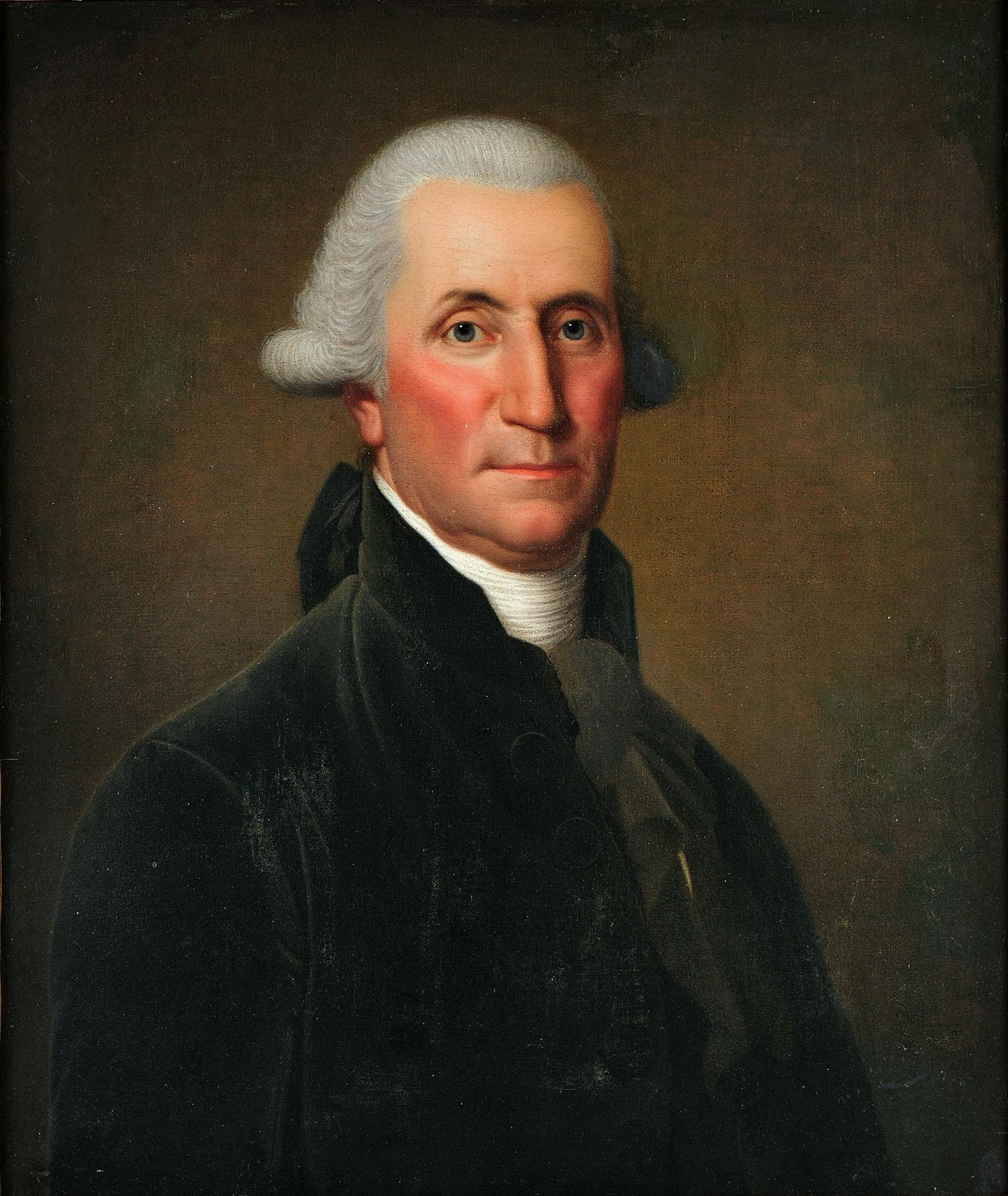 Wertmüller's Washington is shown at half-length, facing forward, with his torso turned at a three-quarter angle with his right shoulder nearest the viewer. Light falls across the canvas diagonally from the viewer's upper left, highlighting Washington's right side and casting the left into shadow, creating a rounded, three-dimensional head that stands out against the plain brown background. A rosy glow enlivens Washington's high cheekbones, contrasting his otherwise fair and relatively unwrinkled skin, and rendering a more youthful appearance than in other portraits of the 1790s. The set jaw and well-defined chin convey purpose and resolution. The corners of Washington's mouth, in contrast, soften his expression. Turned ever-so-slightly upward, they offer just a hint of a smile, held in check by Washington's legendary self-discipline.

In contrast to both earlier and later portraits that lionized Washington as victorious general attired in uniform, Wertmüller represented Washington as a civilian chief executive dressed in a suit of black velvet, the garb that the President chose to wear when performing his official duties. A snow-white stock encircles his neck, while the black silk of the queue bag holding his hair in place is barely visible behind his collar. A white lace ruffle ornaments Washington's shirt front appears on the artist's initial composition.

Ironically, as Wertmüller worked to create a state portrait shorn of military and royal trappings, the President himself was struggling to maintain a delicate balance between martial force and civil authority. Wertmüller painted Washington deep in the throes of the 1794 Whiskey Rebellion, one of the most critical tests of his presidency and of the fledgling republic. According to Wertmüller's register and cash book, he began the portrait in August 1794, working "in the Senate chamber where the Congress assembles in Philadelphia." On November 8, the day Wertmüller finished the portrait, the Whiskey Rebellion remained unresolved.

Understanding the historical moment of the portrait's creation illuminates Wertmüller's portrayal of the first president. The most striking feature of Wertmüller's Washington portrait is surely the eyes. More than in any other portrait of the presidential years, Washington looks directly at the viewer, calm intensity evoking confidence and leadership. Wertmüller's Washington focuses his entire attention on his imagined viewers. His penetrating gaze invites all to join him in the difficult challenge of forming and sustaining republican government.