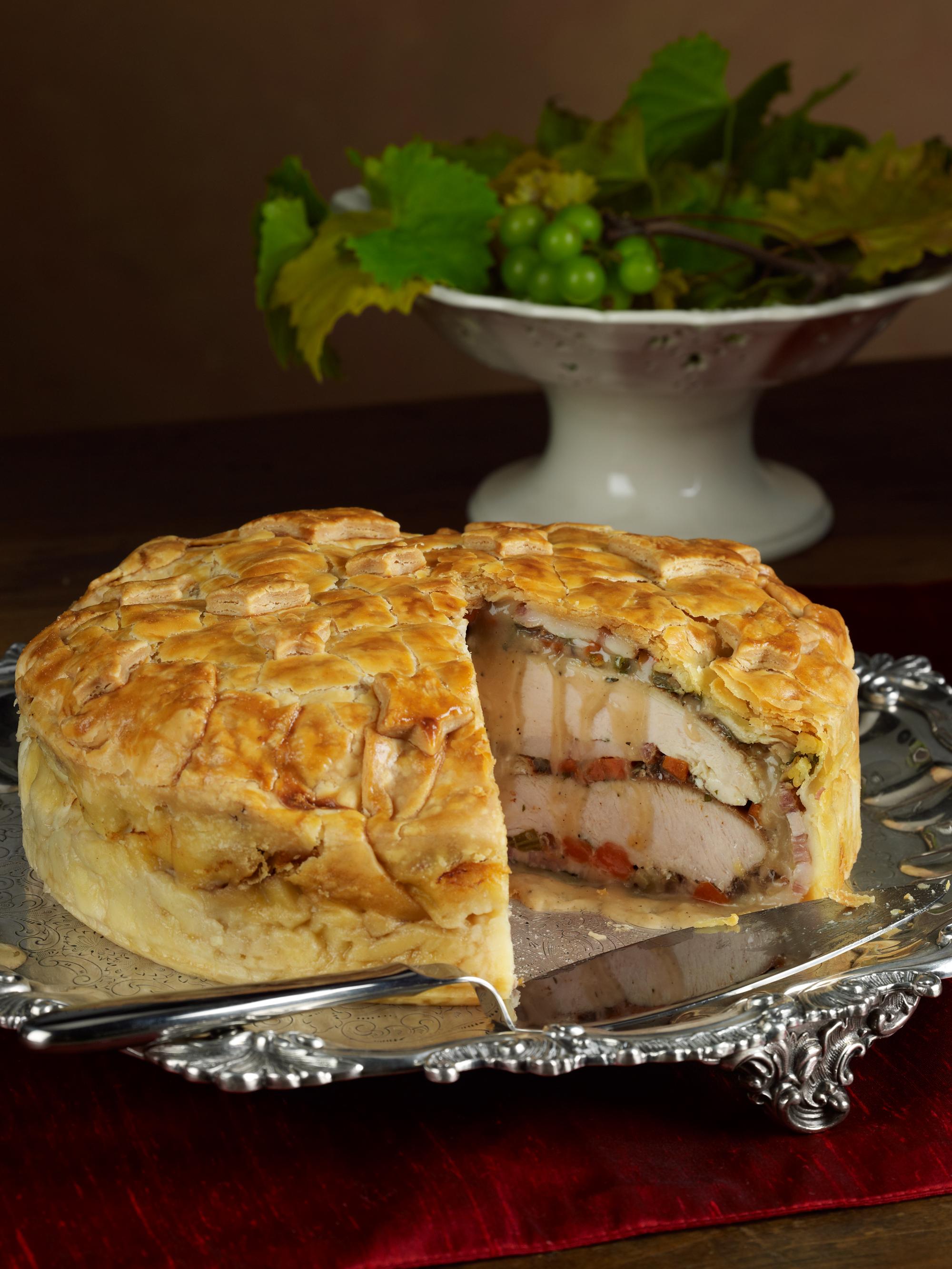 The pie appears to have been a Christmas custom in the Washington household, mentioned in letters as the season approached.

For example, in November 1786, David Humphreys, a former military aide to the general, expressed his disappointment that he could not be at the estate for the holidays and thus would “not have the felicity of eating Christmas Pie at Mount Vernon.” In his post–Christmas reply, Washington voiced regret that Humphreys had not been with them to “aid in the Attack of Christmas Pyes . . . on which all the company . . . were hardly able to make an impression.”

A January 1770 article in England’s Newcastle Chronicle noted that one Christmas pie being shipped to London. “was nine feet in circumference at bottom, weighed about twelve stone [168 pounds], and will take two men to present it at table. It was neatly fitted with a case, and four wheels to facilitate its use to every guest that inclines to partake of its contents at table.”

One can assume that the Washingtons’ pies were smaller than that and that they were likely prepared according to Hannah Glasse’s recipe in The Art of Cookery. Our analysis of various Christmas pie recipes indicated that the preparation can be lengthy, labor intensive, and difficult; given the poultry boning and other preliminary steps involved, it can require at least two days to put together.