Scotch Collops
About Our Recipes Mixology 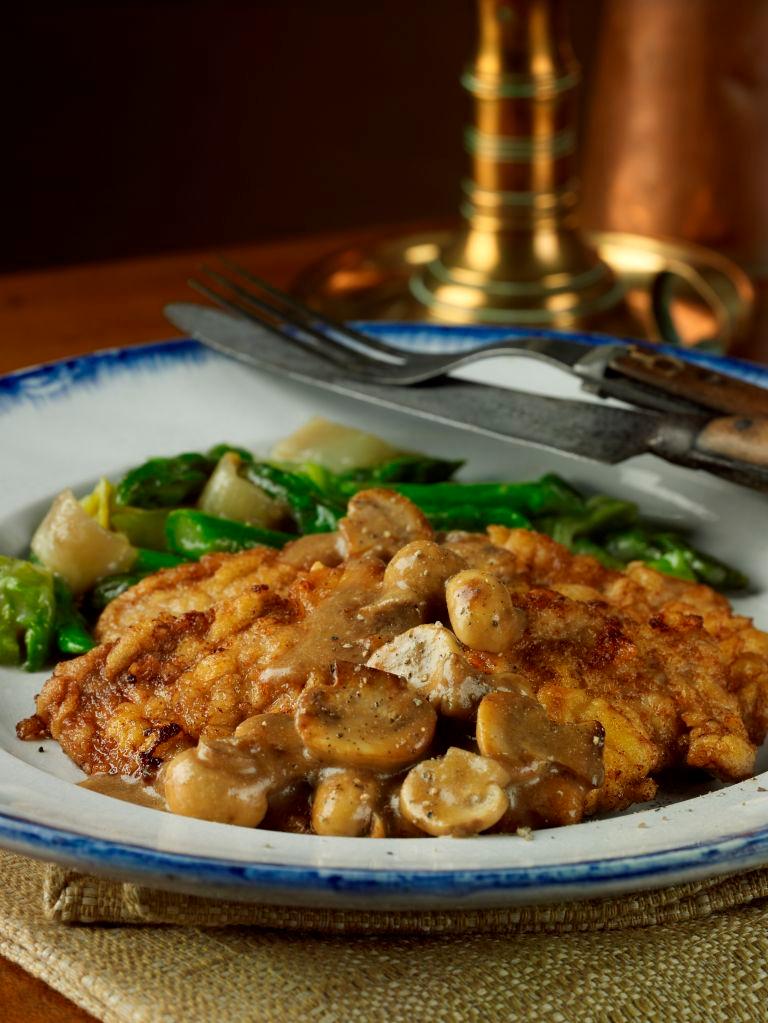 In this recipe, E. Smith instructed the cook to “hack” thin slices of veal fillets and, after seasoning them, to “lay them in a pewter dish . . . and let them lie till you want them.” By using the term hack in her directions, Smith was describing scotching, which, Samuel Johnson’s Dictionary of the English Language defines as “cut with shallow incisions.” The cubed steaks we know today can be considered a modern version of the scotched meat of the eighteenth century.

According to the Oxford English Dictionary, the word collop is of obscure derivation, perhaps connected with coal. In early Britain, the term meant a rasher of bacon that was to be fried, generally with eggs, but later it came to mean just a slice of meat. Hannah Glasse’s Scotch Collops recipe illustrates this development in the meaning of the word. Although collop seems to have become confused with scallop, there is no association between the two. Johnson’s dictionary defined it as a “rasher boiled upon the coals.”