Mount Vernon recently had the opportunity to speak with Michael Harris, author of the new book, Brandywine: A Military History of the Battle that Lost Philadelphia but Saved America, September 11, 1777. Michael shares his views about the Brandywine Campaign and its importance to the American Revolution.

What motivated you to write a book on the Battle of Brandywine and the Philadelphia Campaign of 1777?

I was hired as the museum educator at Brandywine Battlefield State Historic Site on 2005. I quickly learned that there were only two book-length treatments on the battle. One written during the bicentennial and now outdated, and the other one written 15 years ago that was not well-researched. I always knew that a new book was needed, it just took my while to get around to it.

The Battle of Brandywine is considered to be the largest land battle of the American Revolution. Why has it received so little attention from historians?

Many have criticized Sir William Howe for pursuing his own interests in Pennsylvania rather than supporting Burgoyne’s offensive down the Hudson. Where do you come out in this debate?

I agree. Howe’s one-sided mind set during 1777 caused him to ignore directives from London, not support Burgoyne, and pursue the capture of Philadelphia.

Why did Howe’s seaborne force decide to land at Head of Elk – at the top of the Chesapeake – rather than land nearer Philadelphia?

Ah, one of the great mysteries of the campaign. Howe’s stated reason for landing in Maryland rather than along the Delaware River was to threaten American supply depots in the backcountry at places like York, Lancaster, and Reading. However, once the army landed, his British army marched nowhere near any of these places.

On the eve of the battle, how would you describe the state of Washington’s Continentals and their position near Chads Ford? Were they strong enough to resist the British advance?

On the eve of the battle, the Continental Army was in a very strong, natural defensive position and outnumbered Howe’s army. If Washington had properly defended the various fords along the Brandywine, they should have been able to resist the British advance.

Howe’s plan for the battle of Brandywine was very similar to his plan at the battle of Long Island the previous year. A little less than half of Howe’s army would march directly against Washington’s very strong position at Chads’s Ford to hold him in place and to act as a diversion. Meanwhile, the rest of the British army would conduct a 17 mile flank march through most of the day to come into the Continental Army’s right rear east of the Brandywine River.

Given the length of Howe’s flank march, how did he keep that movement hidden from Washington’s prying eyes? Hadn’t Washington been repeatedly defeated by Howe’s flanking movements?

Howe did not keep it from Washington’s prying eyes. At least three reports came into headquarters that day from various scouting parties confirming the presence of the flanking column. Washington misread the intelligence and failed his army. In fact, you are correct, Howe had used this same flanking tactic at least five times prior to Brandywine and Washington should have been prepared for it. 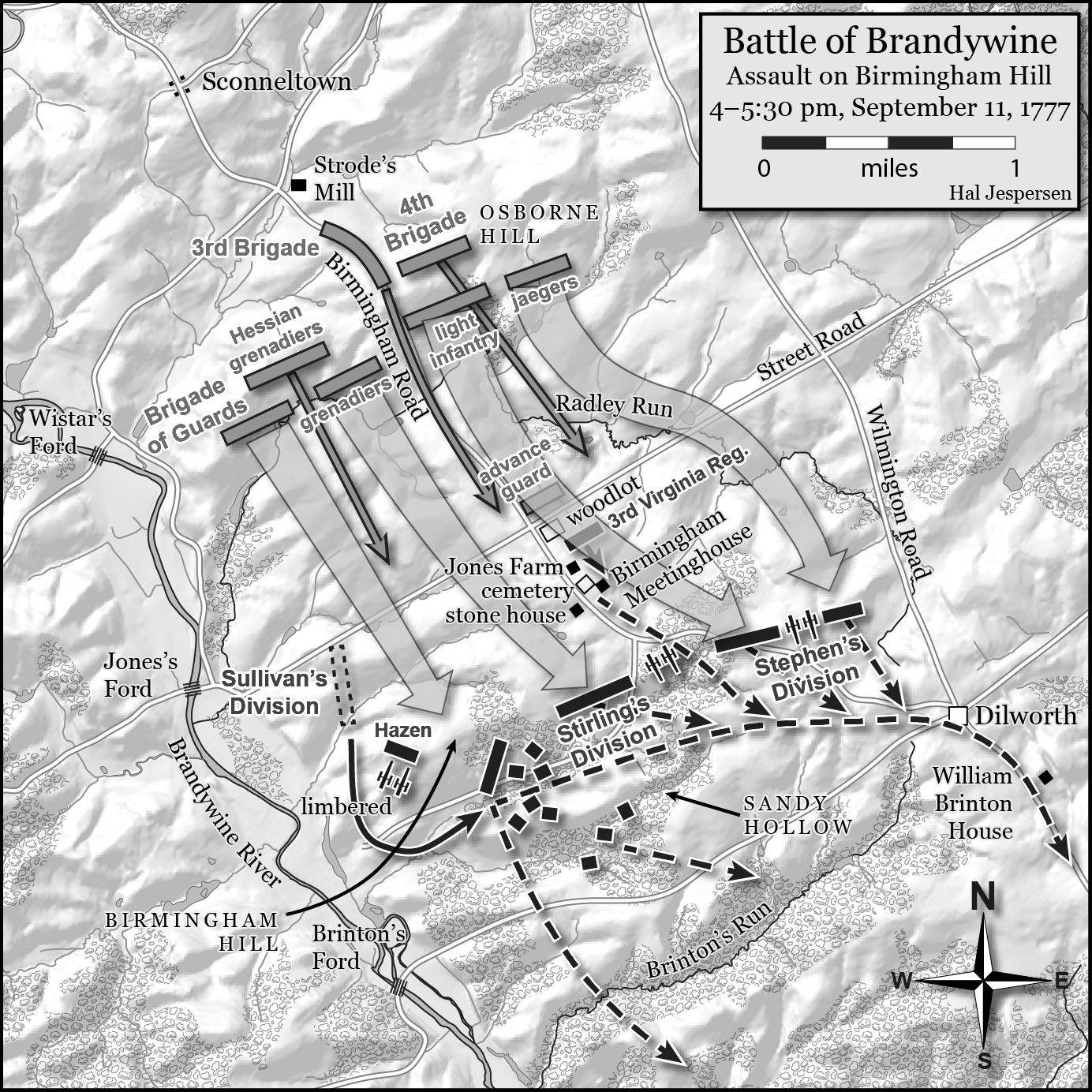 It seems that the fighting on and around Birmingham Hill was the climatic phase of the battle. Why did the British prevail here?

You are correct, the fighting on Birmingham Hill would prove to be the climatic phase of the battle. The British prevailed here for two reasons. One, that local numerical superiority on the portion of the battlefield. Second, one of the three American divisions that fought here never got into position before being overwhelmed by the British attack.

Brandywine was yet another defeat for the Continental Army. How would you rate its performance and Washington’s generalship at Brandywine?

All things considered, the Continental Army fought remarkable well at Brandywine. Remember, this battle took place before their transformation at Valley Forge. Several units fought toe-to-toe with the elite British troops before being outmanned and outflanked through no fault of their own. However, Washington utterly failed his army at Brandywine. His poor reconnaissance prior to the battle and his inability to understand the intelligence reports the day of the battle doomed his army.

Howe was successful in capturing and occupying Philadelphia. Was this a real achievement or a hollow victory?

The capture of Philadelphia would prove to be a hollow victory. The hoped for uprising by Pennsylvania loyalists never occurred. Also, Continental patrols limited supplies into the city to a trickle. Ultimately, the British were forced to abandon the city in the spring of 1778. 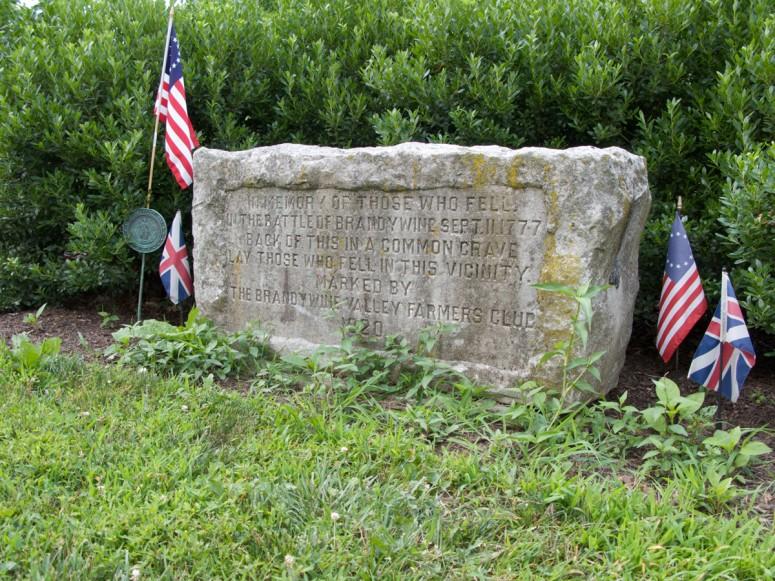 What can one see today of the Brandywine battlefield?

Today, much of the Brandywine battlefield is an ongoing preservation battle. Washington’s headquarters is preserved by the Commonwealth of Pennsylvania. Some of the sites associated with the fighting around Chads’s Ford are preserved by the Chadds Ford Historical Society. Portions of Birmingham Hill are protected by Birmingham Township. However, much of the battlefield has already been lost to development or remained in private hands. 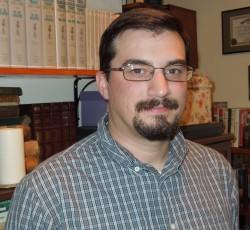 Michael C. Harris is a graduate of the University of Mary Washington and the American Military University. He has worked for the National Park Service in Fredericksburg, Virginia, Fort Mott State Park in New Jersey, and the Pennsylvania Historical and Museum Commission at Brandywine Battlefield. He has conducted tours and staff rides of many east coast battlefields. Michael is certified in secondary education and currently teaches in the Philadelphia region. He lives in Pennsylvania with his wife Michelle and son Nathanael.

Michael Harris' new account of the Battle of Brandywine will give you a deeper appreciation of this important Revolutionary War battle.