Retaking New York from the occupying British and Hessian forces was General Washington’s primary goal in July of 1781. He knew that this would be a difficult task, and planned a reconnaissance-in-force to accomplish his mission. 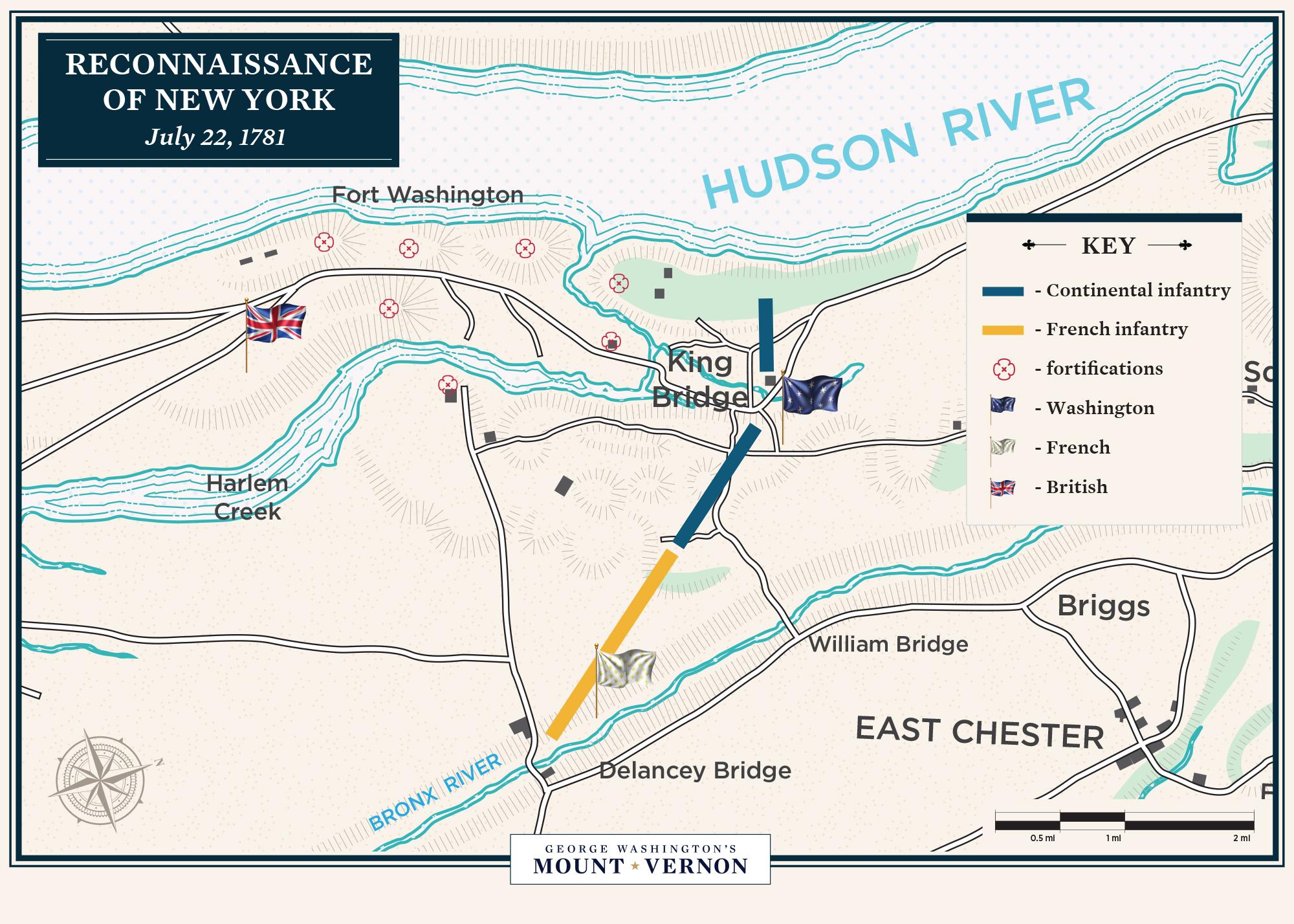 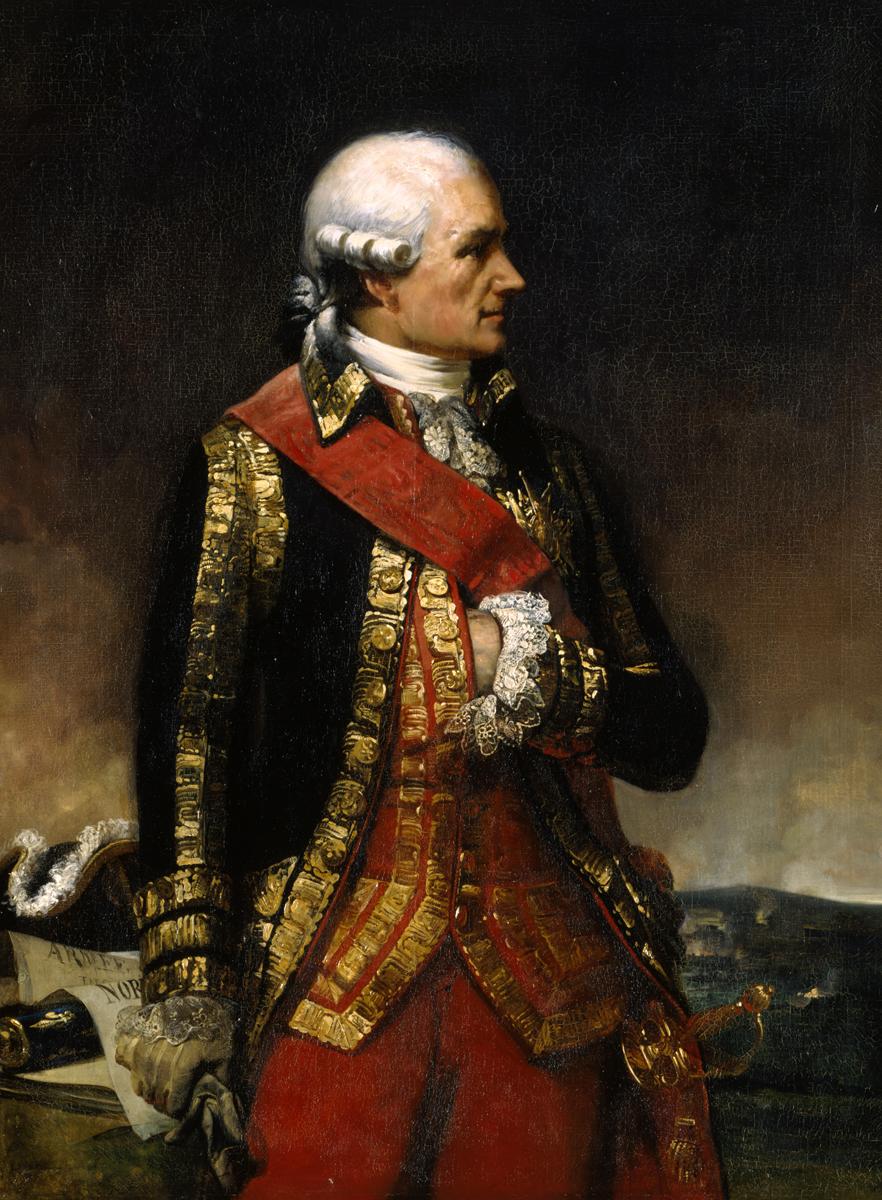 Manhattan had been controlled by the British since 1776 and their forces were well entrenched. Determining the layout of the British fortifications was an essential first step in preparing plans for an assault. To accomplish this, Washington, in combination with recently arrived French forces commanded by the compte de Rochambeau, planned a reconnaissance-in-force.

A classic military tactic, a reconnaissance-in-force uses a significant assault on enemy fortifications to draw the enemy’s fire. Once the enemy’s strength and the location of his defensive works has been exposed, the attacking forces withdraw, their objective having been accomplished.

Feint Attacks on the Unsuspecting British

The feint attack on the British works defending New York began in the early morning darkness of July 22, 1781. Roughly 4,000 American and French soldiers divided into four major columns picked their way over difficult terrain towards Manhattan. Ultimately in position over a front extending nearly two and a half miles long, Washington proudly boasted in his diary that, “The enemy did not appear to have had the least intelligence of our movement or to know we were upon the height opposite to them till the whole Army were ready to display.”

Though surprised, the British soldiers reacted quickly. Within fifteen minutes of the shots fired by Hessian jaegers on picket duty, British light dragoons were ferried across the Harlem River to oppose the American and French forces. 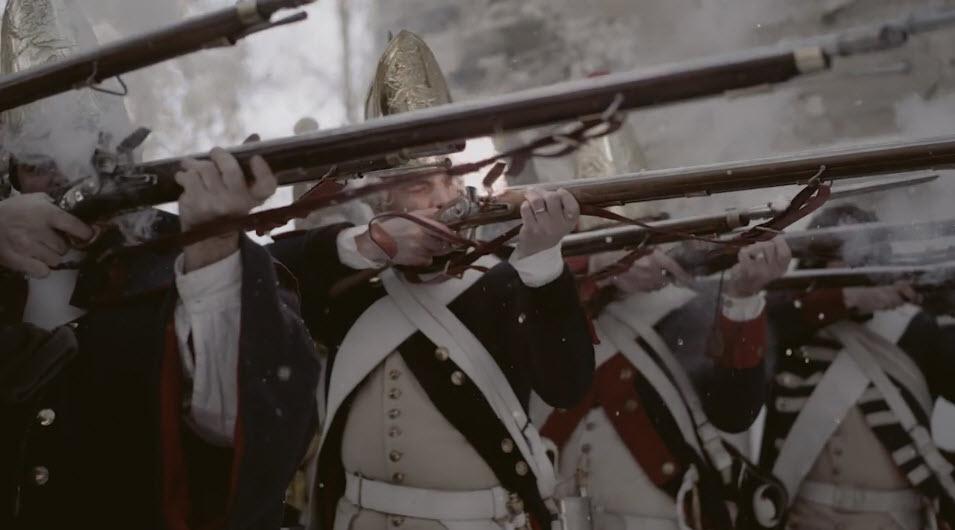 Washington and Rochambeau made careful notes as the British began to expose their fortified positions. They noted weaknesses in the British works along Spuyten Duyvil creek. To take a closer look at stronger fortifications down the island, they joined the advanced American battalion to the front of British Redoubt Number 8. It became clear that any direct attack on forts across the Harlem River would be costly. Searching for a good spot to cross the river further south, the two generals continued their exploration. At one point they were surprised by a party of about twenty Tories.

Quick action by the generals’ aides and a few dragoons saved them from capture.

By 9 o’clock that night, after almost twenty-four hours in the saddle, Washington and Rochambeau and their staffs finally sat down to supper and to review the information that had been collected. However, they were back to work early the next day scouting landing sites on Long Island.

The reconnaissance finally completed, the generals ordered their troops to fall back to French and American camps near Dobbs Ferry. Over the next days, Washington and Rochambeau studied the notes they had taken. The results were conclusive: the British had used their five year occupation of Manhattan to tremendous effect. To attack northern Manhattan would have been a nightmare for the Americans and their French allies.

The July 22-23 reconnaissance of northern Manhattan and the realization of just how strong the British fortifications were, inspired Washington and Rochambeau to formalize their contingency plans and prepare for a movement to the south as early as August 1. When, on August 14, news that comte de Grasse’s fleet would arrive at the Chesapeake, orders to move against Cornwallis’s forces at Yorktown were already prepared.

Overall, the reconnaissance-in-force was an impressive piece of operational skill by two armies, and two commanders, that had never worked closely together. The success of the New York reconnaissance boded well for future Franco-American operations. 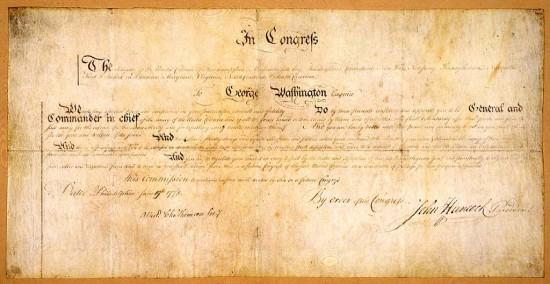 Attending the Second Continental Congress in military uniform, George Washington was appointed as commander-in-chief of the Continental Army by his fellow congressmen. 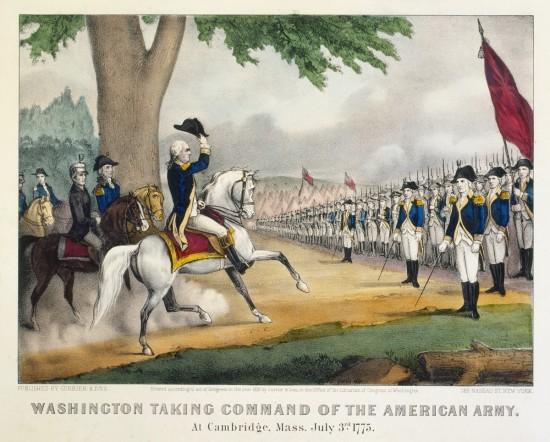 After his appointment as Commander-in-Chief in Philadelphia, Washington traveled to Cambridge, Massachusetts to take command of the newly formed Continental Army positioned around Boston.

Washington commences the bombardment of British positions in and around Boston 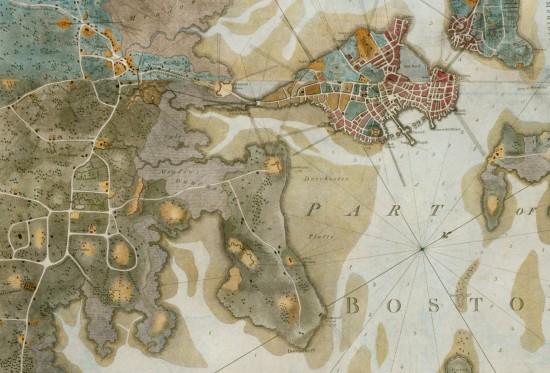 With the arrival of heavy guns from Fort Ticonderoga, Washington made the bold decision to place these artillery pieces upon Dorchester Heights.  From this lofty position Washington could target the British ships in Boston harbor.  British attempts to deny the American's this position failed and the British forces departed Boston on March 17, 1776.

The Battle of Long Island 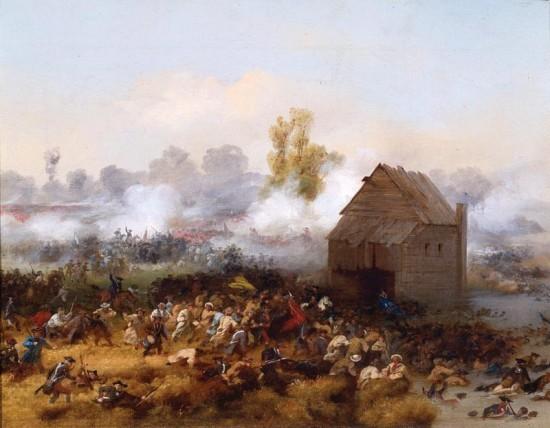 A British amphibious assault upon the American positions atop Brooklyn Heights led to a signal British victory.  Facing the prospect of a total defeat, Washington was able to save his remaining forces by shuttling them across the East River to Manhattan.

The Battle of Trenton 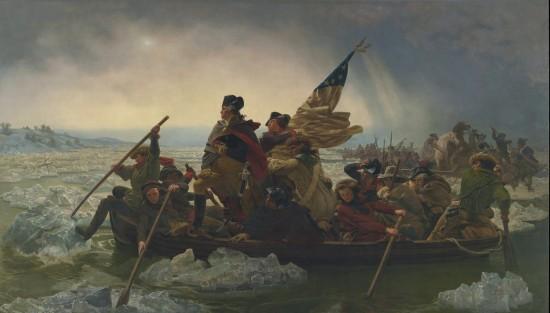 After crossing the icy Delaware River on Christmas Day 1776, Washington led his forces in an attack upon the Hessian garrison at Trenton, New Jersey.  Washington's lightning attack surprised the Hessians and led to the capture of almost two-thirds of the 1,500 man force - at the cost of zero American combat casualties.  This victory greatly bolstered the sagging morale of the Continental Army.

The Battle of Brandywine 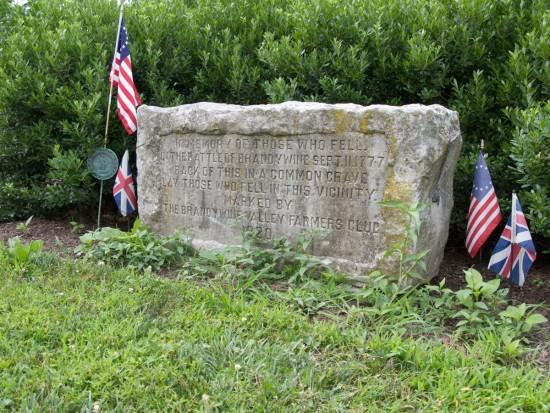 George Washington and the Continental Army are defeated by General Howe's force marching north.  Howe was able to successfully flank the American forces holding positions across the Brandywine Creek near Chadds Ford.

The Battle of Germantown 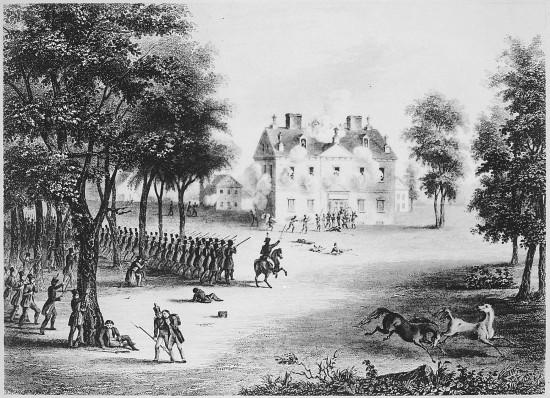 Despite losing yet another battle to Gen. William Howe, Washington and his French allies were impressed with the vigor and determination shown by the Americans at the Battle of Germantown. 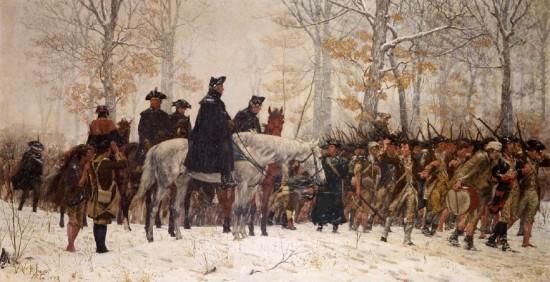 Upon the conclusion of the 1777 Philadelphia Campaign, Washington led his poorly fed and weary army to winter quarters in Valley Forge, Pennsylvania. Washington's army was ravaged by disease, cold, and sickness during its time in Valley Forge.  Washington repeatedly asked Congress and other local magistrates for support of his wasting army.  During the time at Valley Forge, the Continental Army did receive improved field training from Baron Friedrich von Steuben.

The Battle of Monmouth

Seeking to strike the British army as it made its way north from Philadelphia, Washington's Continental Army attacked the British forces under the command of Sir Henry Clinton and Charles Cornwallis near Monmouth Courthouse, New Jersey. 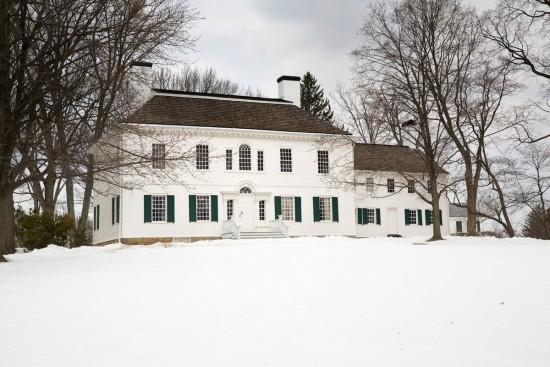 While Valley Forge is more famous, the winter that Washington's army confronted in its winter quarters at Jockey Hollow, near Morristown, New Jersey, was the coldest in recent memory.  It was here at Morristown that the Continental Army was nearly starved out of existence.  The constant lack of food and the never-ending hard winter led to the mutiny of several Continental regiments.  Washington declared that the army could "perish for want of food."

Washington and Rochambeau's armies begin their march to Virginia 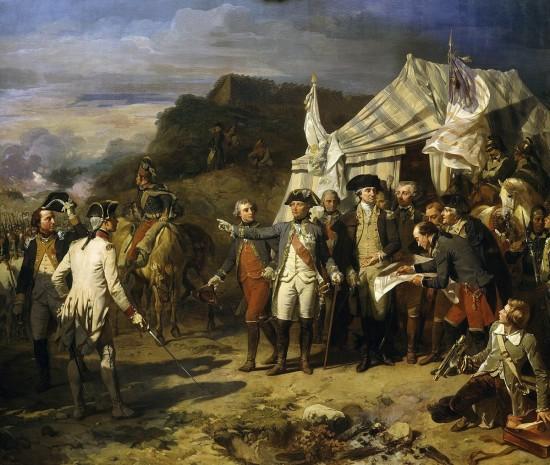 After deciding to take advantage of the arrival of the French West Indies fleet off the coast of Virginia and the precarious position of Lord Conwallis' army, Washington and Rochambeau agreed to march their armies south in a bold attempt to attack the isolated British garrison. 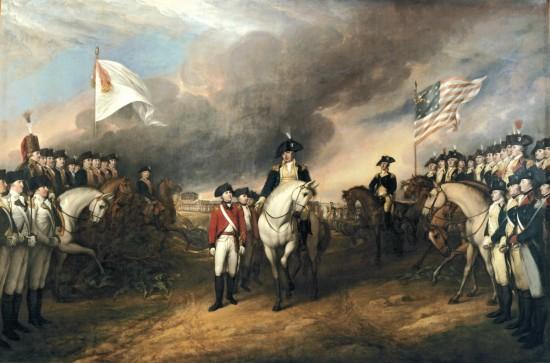 After almost a month since the start of the American and French siege of Yorktown, Lord Cornwallis agrees to surrender his British and Hessian forces to Gen. Washington.  This total victory over the British is the final major military action upon the continent. 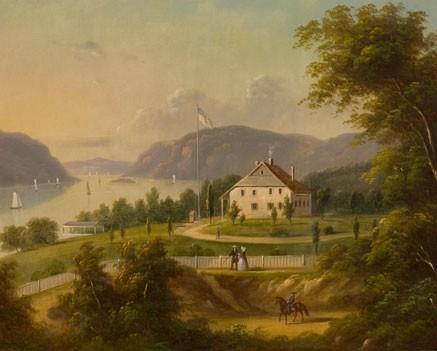 Aware of the growing dissatisfaction within his officer corps stationed near Newburgh, New York, Washington deftly confronted a group of officers planning to march on Congress.  Asking to speak to the officers during their gathering at the "Temple", Washington's plea for patience and continued loyalty won over the conspirators and defused a potential military coup.

Washington surrenders his commission to Congress 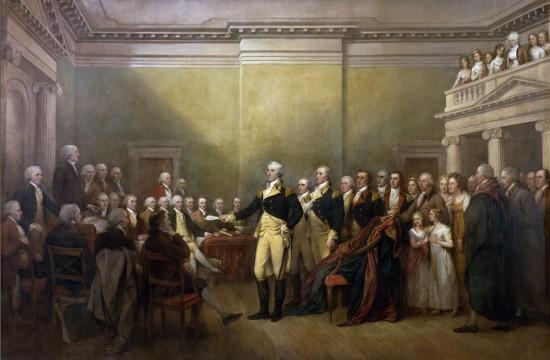 With the war now at an end, General George Washington surrendered his commission to Congress in Annapolis, Maryland.  Washington's actions reaffirmed his core belief that the military was subordinate to civilian rule - a central principle of the new United States.