In July 1790, Congress passed the Residence Act which called for the permanent capital of the United States to be located on the Potomac River. When President George Washington signed the bill, he took personal control over the building of what he once termed "the seat of Empire." He specified the location of the ten-mile square federal district, the President's mansion, and the Capitol.

READ THE RESIDENCE ACT OF 1790 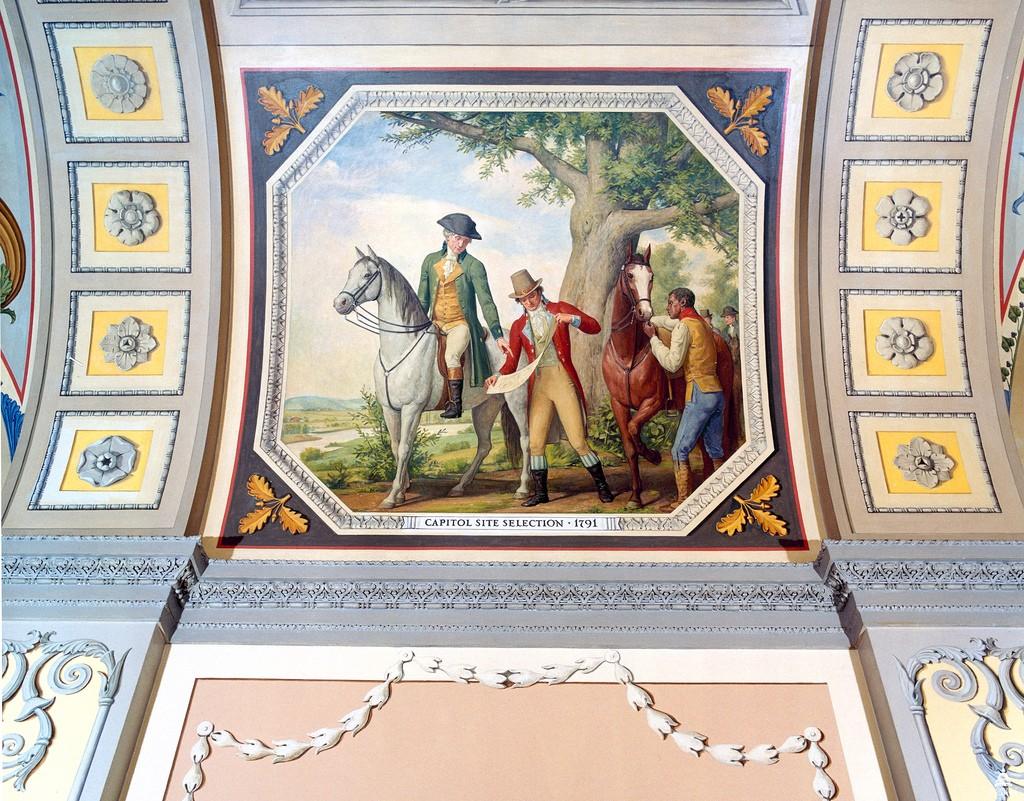 Washington chose three commissioners to oversee the creation of the capital. Their deadline was 1800, when the federal government would move from Philadelphia to the city named by the commissioners, “Washington”. They faced several obstacles: city designer Pierre-Charles L’Enfant's pride, which prohibited him from taking orders from the commissioners; political forces in Philadelphia endeavoring to maintain the capital in their city; and the selfish motives of the proprietors who owned the land within the district boundaries.

For all these reasons, as well as his long-held determination to see the Potomac River succeed as the economic marrow of the new nation, Washington involved himself in almost all aspects of the project from 1790 until his death in 1799. Even after his retirement from the presidency in 1797, as the new century neared and progress stalled, Citizen Washington kept in close contact with the commissioners.

Several months following his return to Mount Vernon, Washington wrote to a friend:

The Public buildings in the Federal City go on well;-- one wing of the Capitol... and the Presidents house, will be covered in this autumn... An elegant bridge is thrown over the Potomac at the little Falls; and the navigation of the River above it will be completed, nearly, this season...

Unofficial reports from the commissioners soon curbed his optimism when they relayed the anxious message that construction of private housing remained sluggish. Washington was not aware of this concern, realizing that it was of little significance to raise a structure in which Congressmen could conduct business “unless there are others, for their bed and board. -- the latter of which are more enquired after than the former... I have always thought therefore, that buildings between the Capitol & Presidents house ought to be encouraged as much as possible..”

In May 1798, George Washington received a letter from Thomas Law, who expressed complete agreement with this concept. The Washington city speculator (and husband of Martha Washington's granddaughter Eliza) went a step further:

Pardon the liberty I take in suggesting to you how much your building one house… would ensure the rapid rise of the City by doing away doubts.

He offered a lot near the Capitol and a $5,000 loan toward this end. George Washington politely declined. He already owned four lots on the Eastern Branch (the Anacostia River), stating that he had always intended to build on them “when my own resources” would allow.

Shortly thereafter, however, George Washington spent two days at the home of Mr. and Mrs. Law on New Jersey Avenue, perhaps taking time to scout prime lots. In the fall, Commissioner Alexander White sent Washington a plan of the squares near the Capitol. Washington selected lot number 16 in square 634, on the west side of North Capitol Street between B and C Streets, and he asked White to engage a builder to begin immediately. He desired "two houses joined" and enclosed a sketch in his own hand.

See Washington's properties and other historical sites with our interactive maps.