Through purchases, trades, and as payment for his military service, George Washington eventually amassed more than 70,000 acres in what would today be seven different states and the District of Columbia.

Next to his wife, his family, and his nation, there was almost nothing George Washington loved more than real estate. The Mount Vernon he inherited in his twenties included just 2,000 over acres, and in bits and pieces, over a period of more than 25 years, he expanded his plantation to almost 8,000 acres.

Washington's vision of America was so grand and so optimistic, that he was convinced that land of almost any kind was a great investment. His holdings were quite diverse. He owned a lot in Winchester, two in Warm Springs, six in the Richmond area, one near Williamsburg, and three near Fredericksburg. He owned two townhouses on Capitol Hill and four other lots in the federal city, as well as a half-acre lot and a townhouse in Alexandria. He also owned thousands of acres of undeveloped land in the Ohio Valley, and 4,000 acres of the Dismal Swamp. 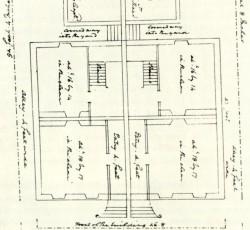 A little more than a year before his death, George Washington began building two adjoining townhouses on Capitol Hill. 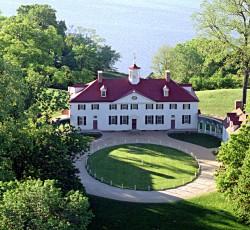 Much of the land that would become George Washington's Mount Vernon Estate was held in his family since 1674, when Lord Culpeper granted 5000 acres of Potomac wilderness to Colonel Nicholas Spencer and Lieutenant Colonel John Washington. 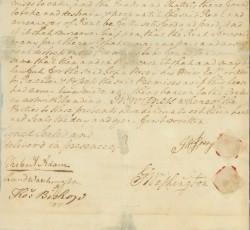 His Next Door Neighbor's House

Of all the real estate transactions Washington made, perhaps none was more difficult and precarious than the deal he cut with his next-door neighbor, John Posey.

In the fall of 1770, Washington traveled westwards with his friend Dr. James Craik and three servants, traversing for nine weeks and one day. The trip was organized so Washington could view the lands that he earned in return for his service during the French and Indian War.