Through all endeavors, Martha proved herself to be a consummate plantation mistress. She was a superb domestic manager who made running a large plantation household seem almost effortless. 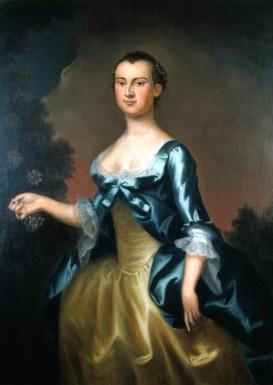 At Mount Vernon, Martha Washington’s realm was the household. Just as George would mount his horse each day and make the rounds of his various fields and farms, so Martha would make her own circuit from the main house to the kitchen, storeroom, poultry yard, washhouse, smokehouse, and garden. All of these venues fell under her purview.

Martha came to her new home along with twelve household enslaved people from the Custis estate. These slaves included two men who acted as table servants; a man and a woman who looked after the children; two female cooks; two female washerwomen; a female spinner and a female seamstress; and two women who served as maids for Martha and her daughter. The enslaved people and other white servants actually performed what Martha once called the “Drudgery duties” 1 around the household; that is, the actual physical labor necessary to keep the enterprise running.

In spite of all this help, Martha’s domestic responsibilities were significant. She managed and supervised the entire operation. She assigned chores to the slaves and servants, inspected the quality of their work, and made sure their tasks were completed in a timely fashion.

Martha had a reputation as a mistress with high standards. She demanded a great deal from her staff. In addition, the Washingtons often entertained guests for dinner or hosted overnight visitors. Both Martha and her staff had to respond to the additional burdens imposed by hospitality.

Martha prided herself on her culinary expertise. Although Martha was responsible for creating the day’s menu, enslaved cooks actually prepared the various meats, puddings, pickles, cakes, and pastries served at meals. Martha used a handwritten collection of recipes she had inherited from the Custis family. She also consulted cookbooks available at the time, including Hannah Glasse’s Art of Cookery. Given that the vast majority of enslaved people could not read, it is likely that Martha read her recipes aloud to them.

Martha also supervised the process of curing meats. She was particularly proud of her prowess at producing high-quality smoked hams. In her garden, she experimented with growing new fruits and vegetables to expand and diversify the plantation diet. 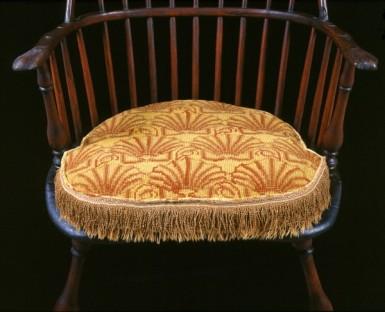 Martha’s favorite household task was needlework. Fine needlework was regarded as a sign of feminine accomplishment and gentility. Mount Vernon’s female slaves performed the more mundane tasks, such as spinning thread and weaving cloth. They also made the coarse clothing worn by the enslaved people who worked in the fields.

Martha spent some time almost every day engaged in fine needlework. Her sewing, mending, knitting, and embroidering involved a high level of attention to detail and high-level of expertise. Many objects at Mount Vernon, ranging from button bags to chair cushions to footstools, reflect her handiwork.

Martha enjoyed sewing with other women and teaching them new stitches. She often did her needlework with her daughter, granddaughters, friends, and female slaves. She could, however, be highly critical of those whose precision with the needle did not meet her own exacting standards. Although a warm and loving person, she had strong opinions about certain things.

Through all of these endeavors, Martha proved herself to be a consummate plantation mistress. She was a superb domestic manager who made running a large plantation household seem almost effortless.