Washington's first trip to the frontier

In 1748, at the age of sixteen, George Washington ventured into the Western reaches of Virginia to survey lands in the Shenandoah Valley and along the South Branch of the Potomac River for Lord Fairfax.

Fairfax was the proprietor of millions of acres of land in the Northern Neck, which comprised of the land between the headwaters of the Potomac and Rappahannock rivers. 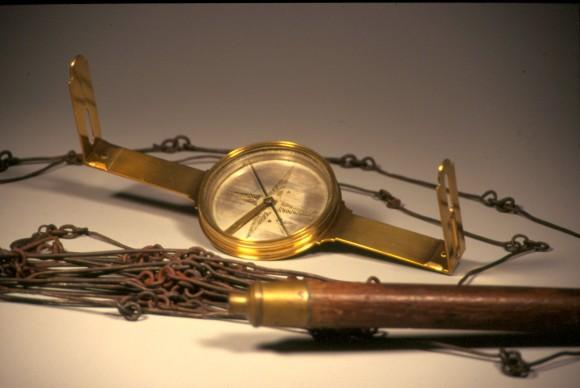 The Ohio Company formed as a land speculation company made up of planters from Virginia's northern Neck, including Lawrence Washington, George Washington's older half-brother.

On this date, King George II signed a royal charter granting the Ohio Company "two hundred thousand acres of land lying betwixt Romanettos and  Buffalo's creek on the south side of the river Alligane otherwise the Ohio, and betwixt the two creeks and the Yellow creek on the north side of the river..." within the colony of Virginia.

An additional three hundred thousand acres were to be added to this grant when the Ohio Company erected a fort at the forks of the Ohio (modern-day Pittsburgh, Pennsylvania) and settled the original grant with two hundred families. 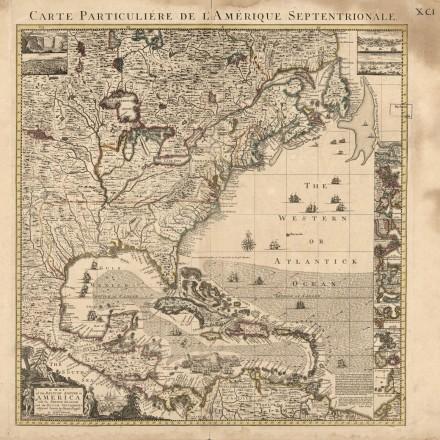 Pierre Joseph Céloron de Blainville set out from Montreal on a mission to mark the boundaries of French claims in the Ohio country.  Lead plates were buried at the mouths of key tributaries and waterways, including at the forks of the Ohio River where modern-day Pittsburgh, Pennsylvania is located. 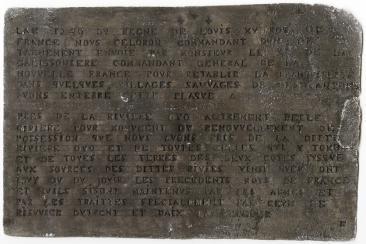 The Marquis de Duquesne oversaw the development of a series of French forts built at key strategic locations in the Ohio Valley meant to establish a connection between Lake Erie and the Allegheny River.

French goods and supplies were carried 15 miles from Lake Erie to Fort Le Boeuf, which was located on a tributary of the Allegheny River.  There, they could be transported by canoe to the forks of the Ohio, near modern-day Pittsburgh, Pennsylvania. 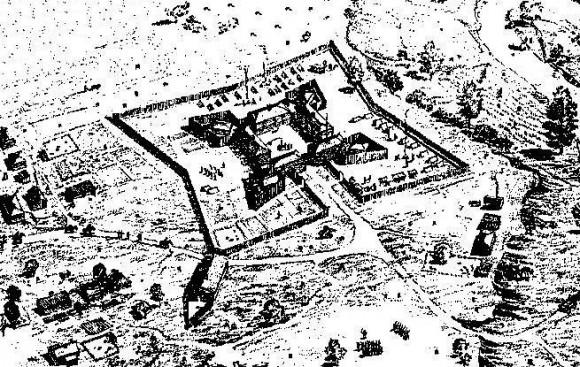 Due in part to his experience surveying on the frontier, as well as his ties to the powerful Fairfax family, Virginia Governor Robert Dinwiddie selected George Washington to undertake an arduous journey to the French forts in the Ohio Valley.

Washington leaves Williamsburg, Virginia on this day, under orders to demand a French withdrawal from lands that were claimed by Virginia. 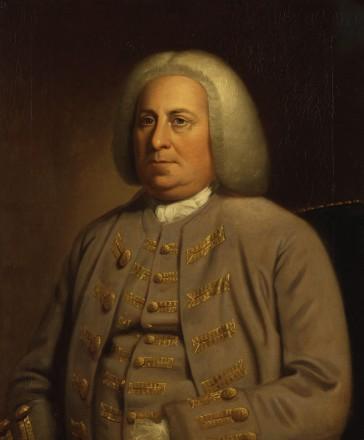 Washington hired Christopher Gist as a guide near the Ohio Company storehouse on Wills Creek, close to modern-day Cumberland, Maryland.  He also hired four men to serve as porters.

Gist wrote in his journal that Washington "...delivered me a letter from the council in Virginia, requesting me to attend him up to the commandant of the French fort on the Ohio River." 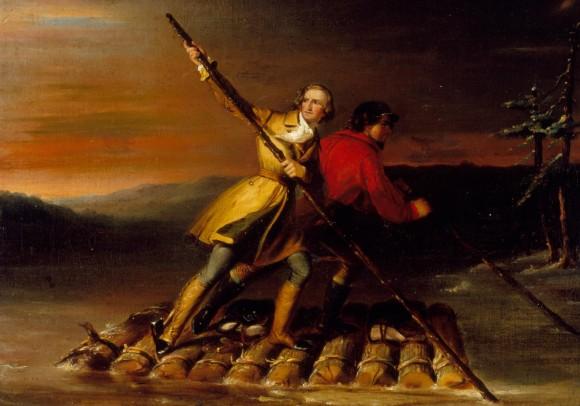 Tuesday 11. - We set out, travelled about fifteen miles to the French fort, the sun being set. Our interpreter gave the commandant notice of our being over the creek; upon which he sent several officers to conduct us to the fort, and they received us witha great deal of complaisance.” 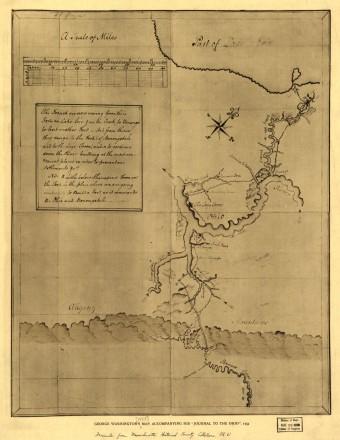 Washingtons' party leaves Fort LeBouef with St. Pierre's response on December 16, 1753.  St. Pierre says he will forward Dinwiddie's letter to Duquesne. Washington and Gist embark on a dramatic journey back to Williamsburg. 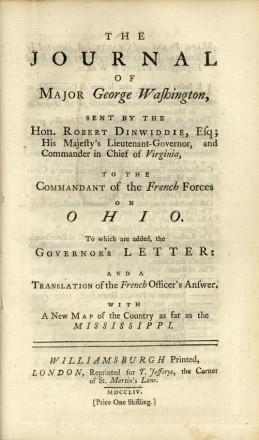 I am surprizd from their Letters that the French are so early expected down the Ohio; which I think makes it necessary for You to march what Soldiers You have enlisted immediately to the Ohio, & escort some Waggons, with the necessary Provisions; Colo. Fry to march with the others as soon as possible.” 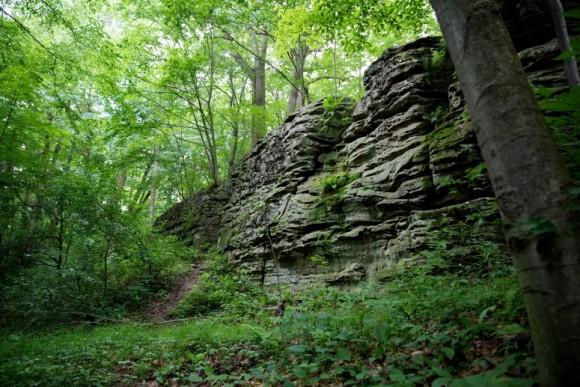 I fortunately escaped without a wound, tho the right Wing where I stood was exposed to & received all the Enemys fire and was the part where the man was killed & the rest wounded. I can with truth assure you, I heard Bulletts whistle and believe me there was something charming in the sound.”

On May 27th, 1754, one day prior to the attack on Jumonville's forces, George Washington wrote to Governor Dinwiddie that "We have with Natures assistance made a good Intrenchment and by clearing the Bushes out of these Meadows prepar’d a charming field for an Encounter...."

By early June, Washington's "charming field" was bolstered by a small stockade, ringed by several small cannons known as swivel guns. Washington update Dinwiddie of his situation on June 3rd, boasting that "We have just finish’d a small palisadod Fort in which with my small Number’s I shall not fear the attack of 500 Men," 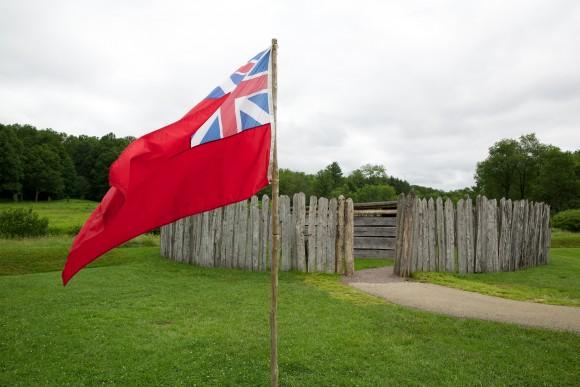 On the Death of Colo. Fry I have thot it proper to send You the enclosd Como. to Comd the Virga regimt, & another for Majr Muse to be Lieut. Colo. ”

At 11 a.m. the French forces surrounding Washington's position attack Fort Necessity under the leadership of Captain Louis Coulon de Villiers, Jumonville's older brother.  By 8 p.m. the French offer terms for surrender that Washington and his fellow officers agree to. 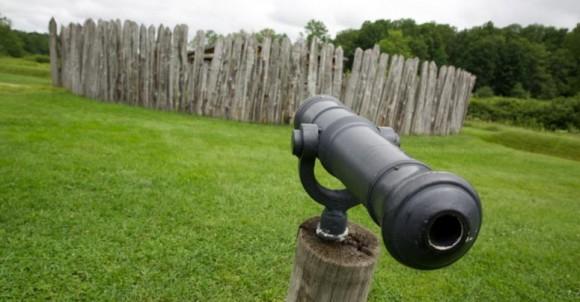 View of a swivel gun in front of the recreated Fort Necessity at Great Meadows. (Rob Shenk)
Watch the Video

“Lessons in Leadership: Learn from Failure” 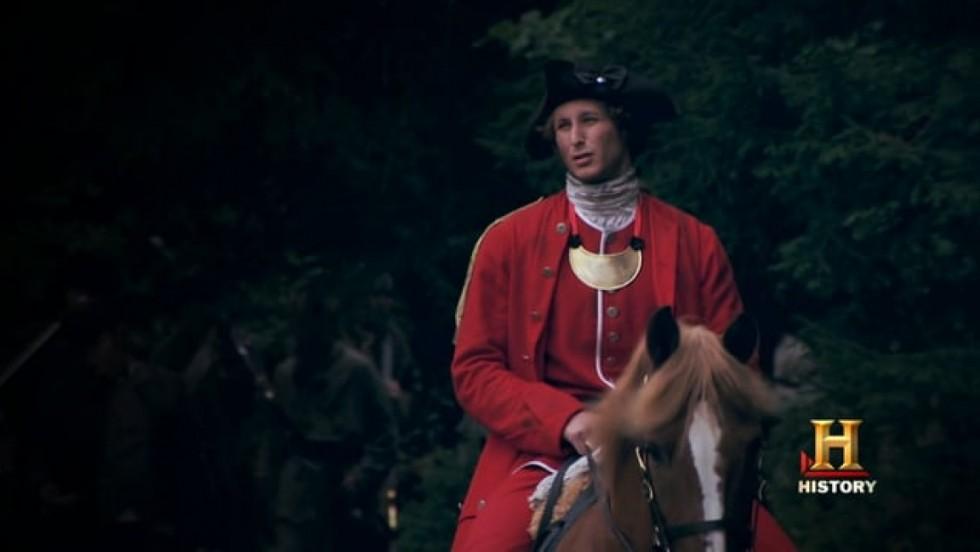 Following the defeat at Fort Necessity, Governor Dinwiddie attempted to reorganize the Virginia Regiment as a series of separate companies.

Washington did not want to serve at a lower rank than before and resigned his commission in late December. On November 14, 1754, he described his frustration in a letter to William Fitzhugh, stating that “...I think, the disparity between the present offer of a Company, and my former Rank, too great to expect any real satisfaction or enjoyment in a Corps where I once did, or thought I had a right to, command...."

Determined to capture Fort Duquesne and the forks of the Ohio once and for all, British regulars under the command of Major General Edward Braddock concentrated in Alexandria, Virginia before leaving for the frontier in April 1755.

After refusing a captaincy in the newly formed Virginia independent companies, Washington volunteers to serve as Braddock's aide de camp.

Before leaving home to join the general, Washington wrote to his friend William Fairfax "I cannot think of quitting Fairfax without embracing this last oppertunity of bidding you farewell. I shall this day set out for Wills Creek, where I expect to meet the Genl, and to stay—I fear too long, as our March must be regulated by the slow movements of the [artillery] Train, which I am sorry to say, will be tedious—very tedeous indeed—as I have long predicted, tho’ few believ’d." 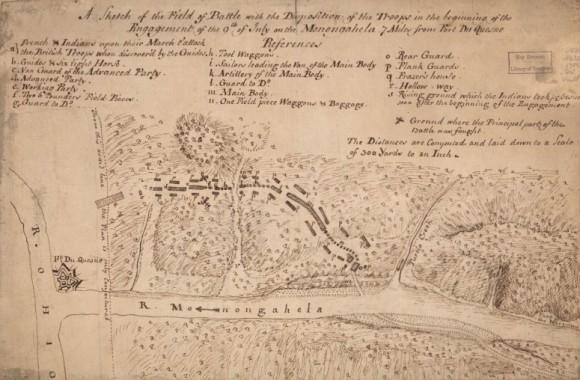 We hear nothing particular from the Ohio only except that the French are in hourly expectation of being joind by a large body of Indians; but I fancy they will find themselves so warmly attackd in other places, that it will not be convenient for them to spare many.”

The Battle of the Monongahela

Braddock's forces, nearing their target of Fort Duquesne, are surprised and routed by a much smaller force of French and their allied Native Americans.

Braddock is mortally wounded during the attack, but George Washington rallies the remaining forces. Even in defeat, he is lauded as the "hero of the Monongahela."

To learn more about the role Washington played in this battle, read our interview with Dr. David Preston, author of "Braddock's Defeat: The Battle of the Monongahela and the Road to Revolution." 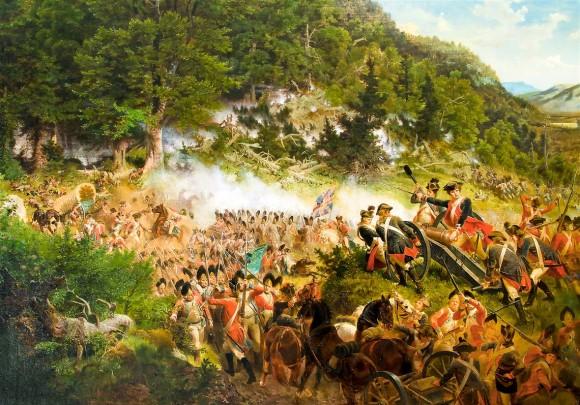 The Genl was wounded; of wch he died 3 Days after; Sir Peter Halket was killd in the Field where died many other brave Officers; I luckily escapd witht a wound, tho I had four Bullets through my Coat, and two Horses shot under me; Captns Orme & Morris, two of the Genls Aids de Camps, were wounded early in the Engagemt which renderd the duty harder upon me, as I was the only person then left to distribute the Genls Orders...”

Learn more about the sword George Washington carried at the Battle of the Monongahela. 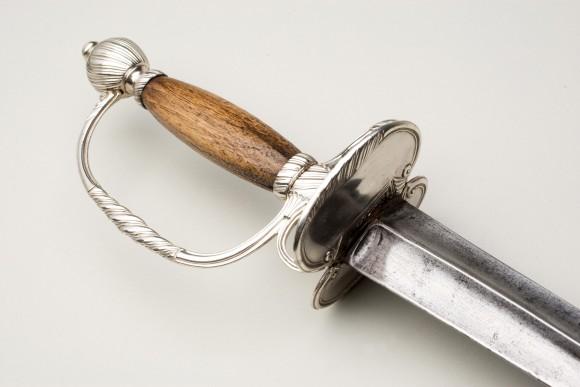 The Virginian Companies behaved like Men, and died like Soldiers; for I believe out of 3 Companys that were there on the ground that Day, scarce 30 were left alive...” 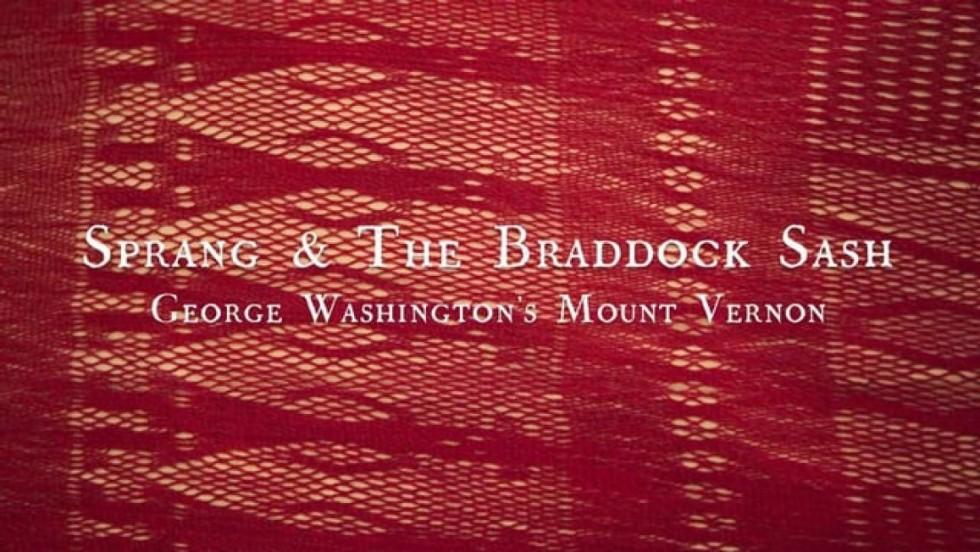 Following the disaster at the Monongahela, the colony of Virginia was left with a frontier entirely exposed to French raids. The House of Burgesses authorized £40,000 to rebuild, enlarge, and equip the Virginia Regiment, which would be commanded by George Washington.  Washington would also serve as commander-in-chief of all Virginia forces.

Robert Dinwiddie wrote to Washington on August 14, 1755, to inform him of this decision.  Dinwiddie declared that "Trust in Yr Loyalty Courage & good Conduct, do by these Presents appoint You Colonel of the Virga Regimt & Commander in Chief of all the Forces now rais’d & to be rais’d for the Defence of this H: Majesty’s Colony; & for repellg the unjust & hostile Invasions of the Fr. & their Indn Allies—And You are hereby charg’d with full Power and Authority to act defensively & Offensively as You shall think for the good & Wellfare of the Service." 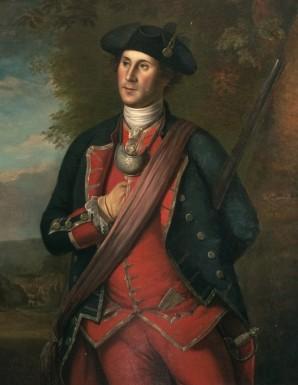 Although the fighting in America had been ongoing since 1754, Great Britain formally declared war on France in 1756. This marked the beginning of what would become known in Europe as the Seven Years' War. 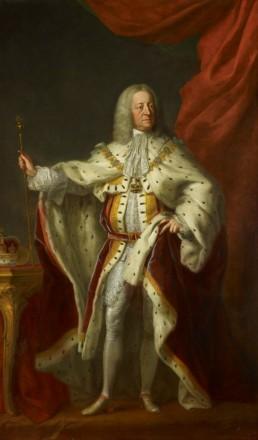 The militia are under such bad order and discipline, that they will go and come when and where they please; without regarding time, their officers, or the safety of the Inhabitants; but consulting solely their own inclinations.”

As British forces under General John Forbes advance from their base at Fort Ligonier, the French blew up and abandoned Fort Duquesne.  British troops took possession of the ground and began building a new fortification, named Fort Pitt. Washington and his Virginians played a pivotal role in this successful campaign. 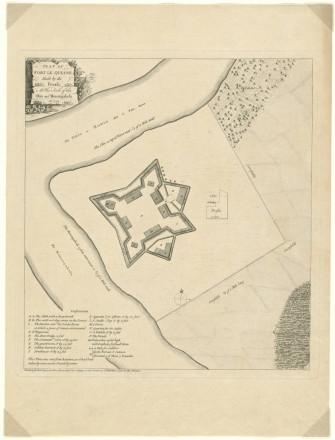 Plan of Fort le Quesne [Fort Duquesne], built by the French at the fork of the Ohio and Monongahela in 1754, Robert Stobo, Richard H. Brown Revolutionary War Map Collection, MVLA

When the Army had got within about 12 or 15 miles of the Fort the enemy dispairing of its defence, blew it uphaving first embarked their Artillery Stores & Troopsand retreated by water down the Ohio to their Settlements belowthus ended that Campaign, a little before Christmas in very inclement weather; and the last one made during that War by G. W. ...”

"Judge then, how sensibly we must be Affected with the loss of such an excellent Commander, such a sincere Friend, and so affable a Companion. How rare is it to find those amiable Qualifications blended together in one Man? How great the Loss of such a Man?"

On January 6, 1759, following his resignation, Washington married Martha Dandridge Custis at her home in New Kent County, Virginia.  With the war behind him, Washington enthusiastically turned his attention to his new family and life as a farmer at Mount Vernon. 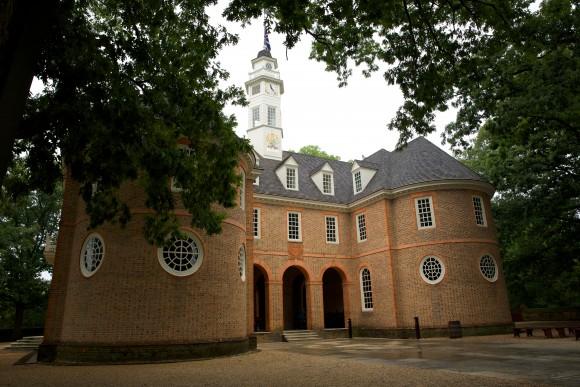 The Treaty of Paris

With Great Briain also acquiring Florida from Spain in exchange for Havana, Cuba, all of Great Britain's lands east of the Mississippi were consolidated.

Following the treaty, and in an effort to appease Native Americans in the region, King George III issued a proclamation limiting westward expansion by the American colonies to the crest of the Appalachian mountains. This unpopular declaration was one of many points of tension between the colonists and the crown that eventually led to the American Revolution. 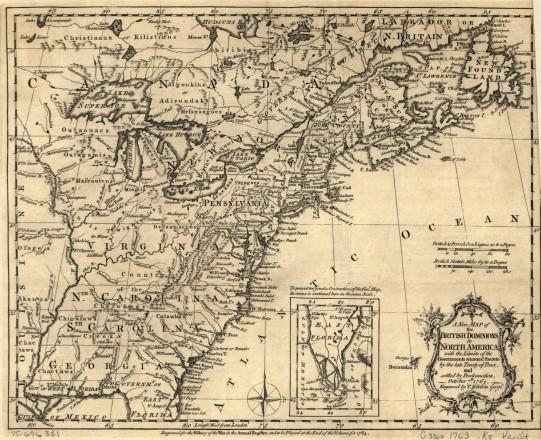