Located in Alexandria, Virginia, this impressive landmark was constructed as a memorial to the nation's most celebrated Mason, George Washington. 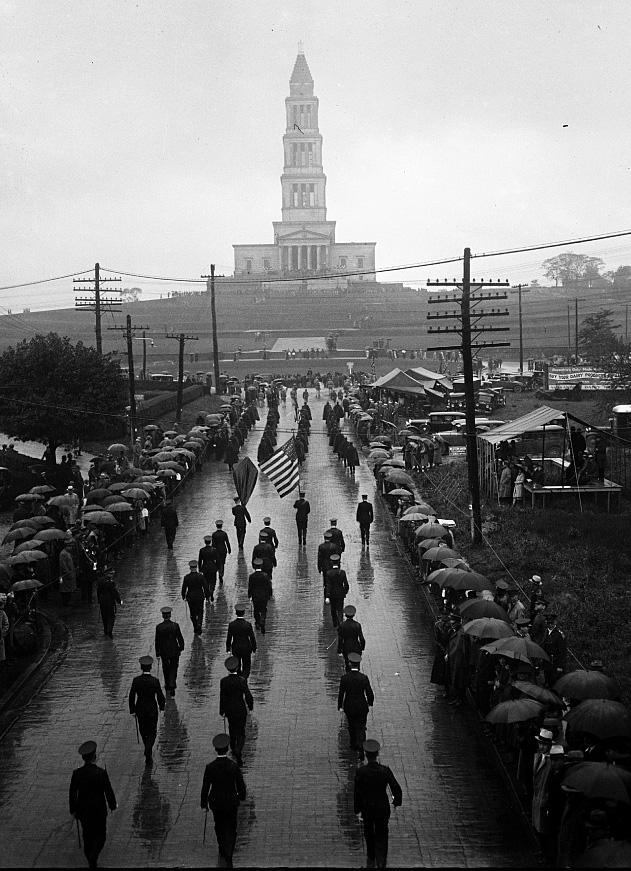 Freemasonry played a role in George Washington's life from the age of 20 when he first became an Entered Apprentice in the Fredericksburg Lodge until the day he died, when a brother in his Alexandria lodge was one of three doctors at his bedside. A few days later, the Masons organized and conducted Washington's funeral service.

In the span of those 47 years, Washington would fight beside Freemasons in the Revolutionary War and select the organization to set the cornerstone of the United States Capitol. Washington stated that Freemasonry was "founded on benevolence and to be exercised for the good of mankind."

Even during his lifetime, leaders of the Freemasonry movement in America clearly promoted that George Washington was their most exalted of members, and someone whom others should emulate. Throughout the 19th century, as the number of Freemasons swelled across the nation, their exaltation of Washington never wavered-- in some circles, it grew even stronger.

In 1907, Grand Masters and other prominent Freemasons from around the country met in Alexandra-Washington Lodge No. 22 and established the George Washington Masonic National Memorial Association.

The Association had a lofty and straightforward goal: "To erect and maintain in the City of Alexandria, Virginia, a suitable memorial temple to George Washington, the Mason; one which will express in durability and beauty the undying esteem of the Freemasons of the United States for him, in whose memory it shall stand throughout the coming years." 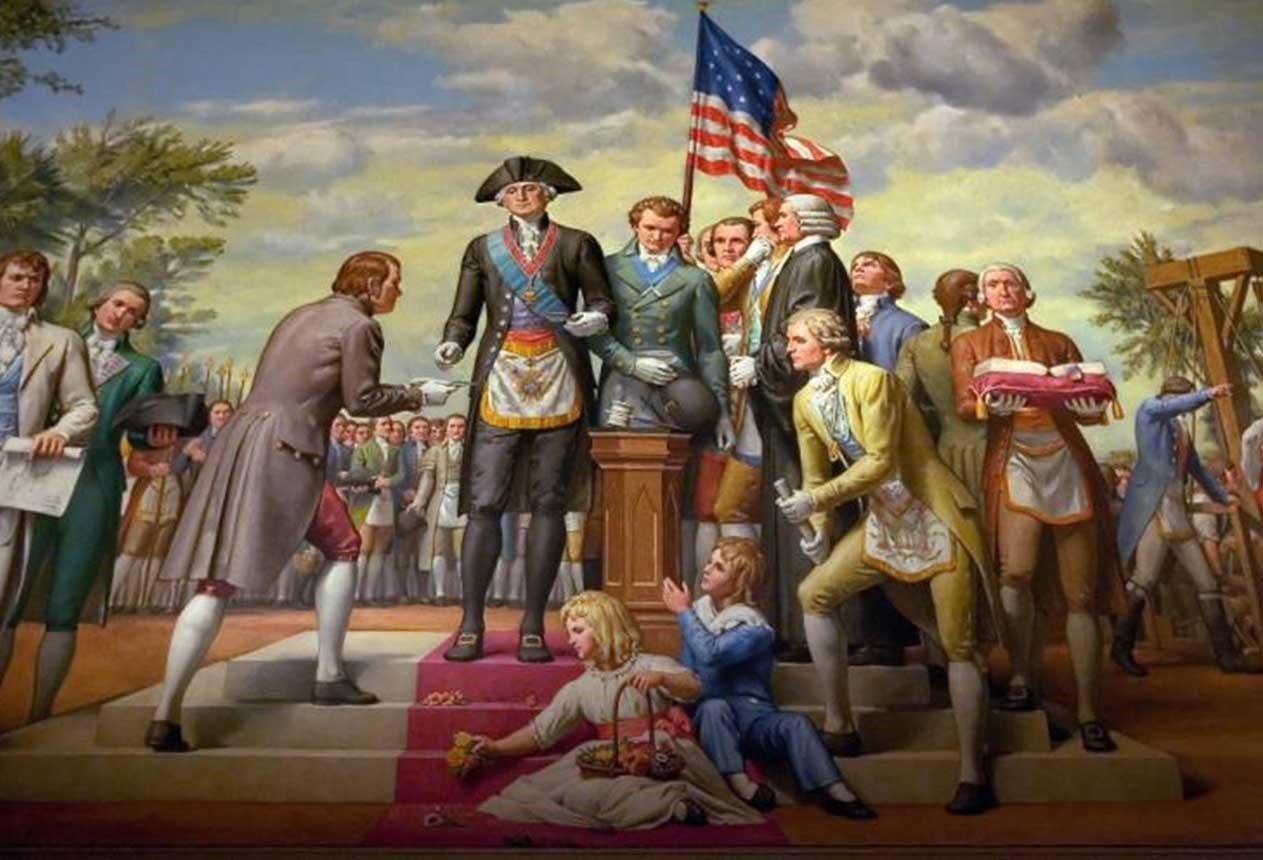 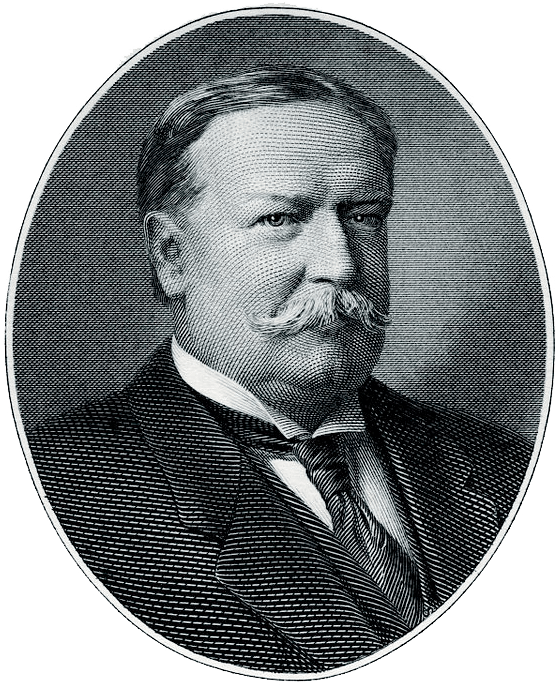 Although securing funding to support the project would prove to be a daunting challenge, moral support for the Memorial came from the nation's highest ranks. At one of the organization's early meetings, President William H. Taft, also a Freemason, said:

Brethren, every President of the United States feels heavy upon him the burden of following George Washington and being in his place and making himself in some slight way worthy of the First President, the Father of His Country ... No honor can be greater than to have a direct association with that great man, how, in every sense, was the founder of this Republic and who exhibited, as President, as man, and as Mason, all the principles of morality, of patriotism and of religion that we like to think is our highest ideal.

Seeking to create a national rather than a regional tribute to George Washington, the Masonic Association thought big, they recognized that the structure would be an impressive physical landmark, towering over Old Town Alexandria, offering a perfect spot from which to view the Washington Monument in the District of Columbia.

The structure was also built to provide an impressive and secure home to a number of treasured Washington artifacts, which were given to the Alexandria -Washington Lodge No. 22 by family and friends of the first president of the United States, as well as the Charter Master of the Lodge.

At the time, Lodge No. 22 was headquartered in a modest building in Old Town Alexandria, which was inadequate for both the storage and the display of artifacts. The problem became all too real in 1871, when a fire in the Lodge destroyed a portion of the Washington material.

It took a number of years for a grand plan for a national memorial to George Washington to develop, and the men in Lodge No. 22 admitted they might need the assistance of Freemasons from coast to coast to do justice to a Washington Memorial. A turning point came in 1909, when Charles H. Callahan, who served as commissioner of Revenue for the City of Alexandria for a memorable 46 years, purchased several lots, strategically located on a hill, for the sole purpose of constructing a fireproof building. As an officer in Lodge No. 22, he also used his contacts to garner the support of the Grand Master of Virginia, who, in turn, contacted his fellow Grand Masters in every state. Within months, the movement to build the memorial had gained national prominence.

Explore a variety of fascinating objects related to George Washington and Freemasony in our interactive museum collection.

Tours of the George Washington Masonic Memorial are available to the public, and many Washington enthusiasts consider it to be a "hidden gem" among tourist attractions around the capital city.

Building the "Lighthouse of Freemasonry"

New York City architect Harvey Wiley Corbett, who later became famous for designing much of Rockefeller Center, was enlisted to create plans for the memorial.

After taking a tour of the site, Corbett quickly developed a crude sketch of what he had in mind-- a colossal "lighthouse of Freemasonry dedicated to Washington." It took only weeks to move forward with a formal design, which the board officially approved in 1921.

On June 5, 1922, a groundbreaking ceremony was held. Tons of earth were moved to create a gracious, park-like environment around the Memorial, and trainloads of granite were ordered from New Hampshire. Bills began to pour in, but the Freemasons refrained from borrowing money. This policy set a slow, steady and fiscally responsible "pay as you go" approach to the entire project.

President Calvin Coolidge, with the help of a trowel once used by George Washington, laid the official cornerstone in November 1923, and once construction began, even the effects of the Great Depression failed to bring work to a halt.

Modern Interpretation of Washington and Freemasonry

After World War II, Freemasons poured their energy into the building's interior, and educating the public on Freemasonry and the life of brother George Washington.

Alexandria-Washington Lodge No. 22 opened a replica Lodge room to display original Washington artifacts. In 1950, President Harry S. Truman, who was also a past Grand Master of Missouri, dedicated the massive 17-foot bronze statue of George Washington that greets people when they enter the Memorial.

Specially-designed elevators, which move horizontally as they move vertically, were installed a few years later. This enabled the upper spaces in the Memorial to include tributes to a variety of Masonic organizations. A handsome and informative museum devoted to the life of George Washington was opened on the fourth floor in 1966.

By 1970, the Memorial was for practical purposes completed. But like any successful museum, the Memorial continues to change and grow as old displays give way to give new ones, and a greater focus is given to educational programs.

The memorial theater, one of the most desirable performance spaces in Old Town Alexandria, is frequently booked for an incredibly diverse array of programs, including seminars on Washington, as well as comedy shows that echo laughter throughout the century-old halls.

But the principal focus of the Memorial remains the same­: George Washington as the foremost Freemason. Through on-site conferences, special outreach programs, and partnerships with the Mount Vernon Ladies' Association, the Memorial has taken a much more aggressive stance in recent years, hoping to reach out to those who know little about George Washington, and next to nothing about Freemasonry.

The most frequent reminder of the special link between George Washington's Mount Vernon and Freemasons occurs twice each year, on the anniversaries of George Washington's birth and death. For more than a century, nearly a dozen Masonic groups have organized formal wreathlayings at Washington's Tomb, before the estate is open to the public, when a feeling of tranquility and authenticity overwhelms the grounds. In February and December temperatures at 8 o'clock in the morning are typically below the freezing point, yet the Masons are as dependable and hardy as the man they honor.