As Freemasonry's most celebrated brother, George Washington was invited to numerous Masonic lodges in the new republic. 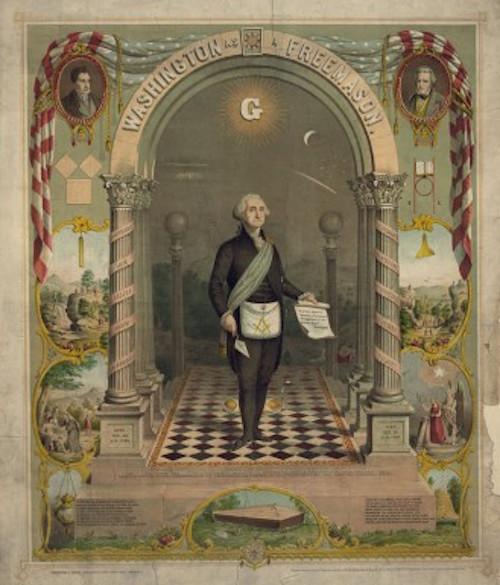 Washington joined Freemasonry in the Lodge at Fredericksburg, Virginia. He was 20 years old when he received the first degree of Entered Apprentice on November 4, 1752. He paid the lodge two pounds and three shillings to join. Ten days after turning 21, on March 3, 1753, he was passed to the second degree of Fellowcraft. On August 4, 1753, he was raised to the third degree of Master Mason. The lodge’s surviving minute book records Washington attending only two more meetings: September 1, 1753, and January 4, 1755. 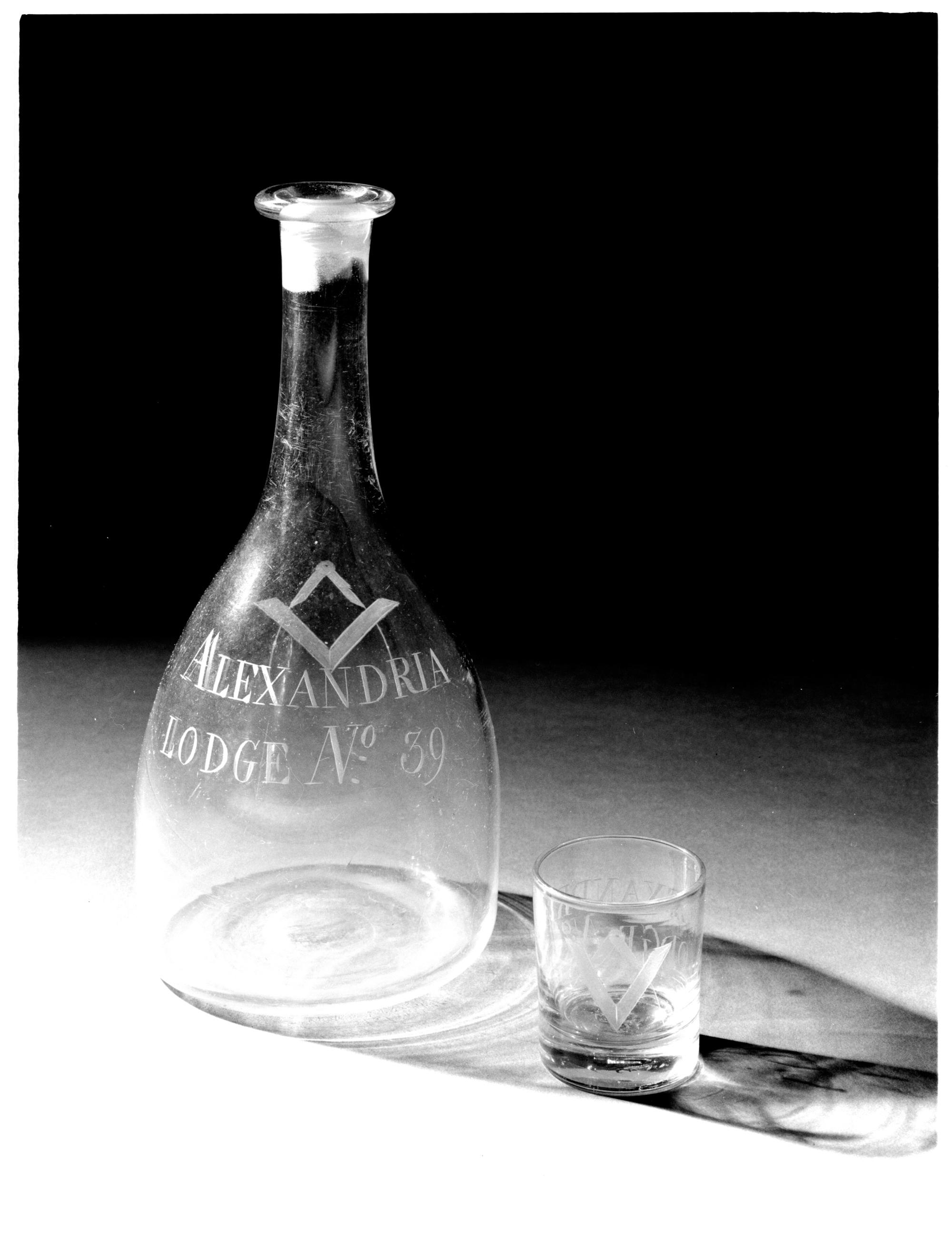 Social life was an integral part of the Masonic fraternity. Lodge meetings were often held in local taverns where amenities were readily available. Lodges with permanent quarters, or those at a distance from public houses, provided their own food, drink, and accompanying tablewares. The inventory of an early Massachusetts lodge includes tumblers, wine glasses, and a ladle among the accouterments of Masonic ritual. Ceramics and glassware decorated with Masonic symbols survive in lodges, museums, and private collections.

Masonic tumblers, called "firing glasses," are characterized by a thick base or foot, like the one shown here, to prevent breakage as they were struck against the table following each lodge toast. The reverberating sound echoed like musket fire, hence the name "firing glasses"

Sometime between 1785 and 1788, Alexandria Lodge No. 39 obtained a supply of decanters and glasses engraved with its name and the Masonic compass and rule. Surviving examples are much prized for their rarity and connection with No. 39, the first Masonic lodge organized in Alexandria, Virginia. Originally warranted by the Grand Lodge of Pennsylvania in 1785, it applied five years later for a warrant from the Grand Lodge of Virginia, and became Alexandria Lodge No. 22 with General George Washington as the Charter Master.

Aprons are considered the single most important piece of ceremonial regalia that Masons wear. They symbolize the connection to their medieval roots when stonemasons wore utilitarian aprons often made from sheep hide.

The evolution of Masonic aprons is a fascinating story. Many are beautiful works of art reflecting needlework styles and fashions of their day.

One of the aprons owned by George Washington is now in the collection of the Alexandria-Washington Lodge No. 22.

Explore a variety of fascinating objects related to George Washington and Freemasony in our interactive museum collection.

From the Collection: The Sentimental and Masonic Magazine

In 1795, John Jones of Dublin, Ireland, the proprietor of The Sentimental and Masonic Magazine, sent Washington a set of five volumes with a letter requesting permission to dedicate a sixth volume to Washington and to include an elegant portrait of "his Excellency."

The magazine is illustrated with engravings and covers a range of subject matter of interest to Masons, including political opinions, editorial cartoons, songs, fiction in serial form, and book reviews.

The George Washington Masonic National Memorial was built in the 1920s by the more than two million American Freemasons who wished to “express in durability and beauty the undying esteem of the Freemasons of the United States for him in whose memory it shall stand throughout the coming years.”