Colonial Virginia was founded on cultivating tobacco. But George Washington saw promise in another kind of crop... wheat.

George Washington had several types of wheat planted by enslaved workers in an attempt to find the perfect fit for his fields, including summer wheat, red-straw wheat, lamas wheat, double-headed wheat, yellow-bearded wheat, early wheat, and Russian wheat. He finally settled on a variety known simply as white wheat.

Today, Virginia farmers find that soft red winter wheat is their favorite choice, and they know from experience what George Washington discovered 200 years ago: wheat is a very successful export crop. 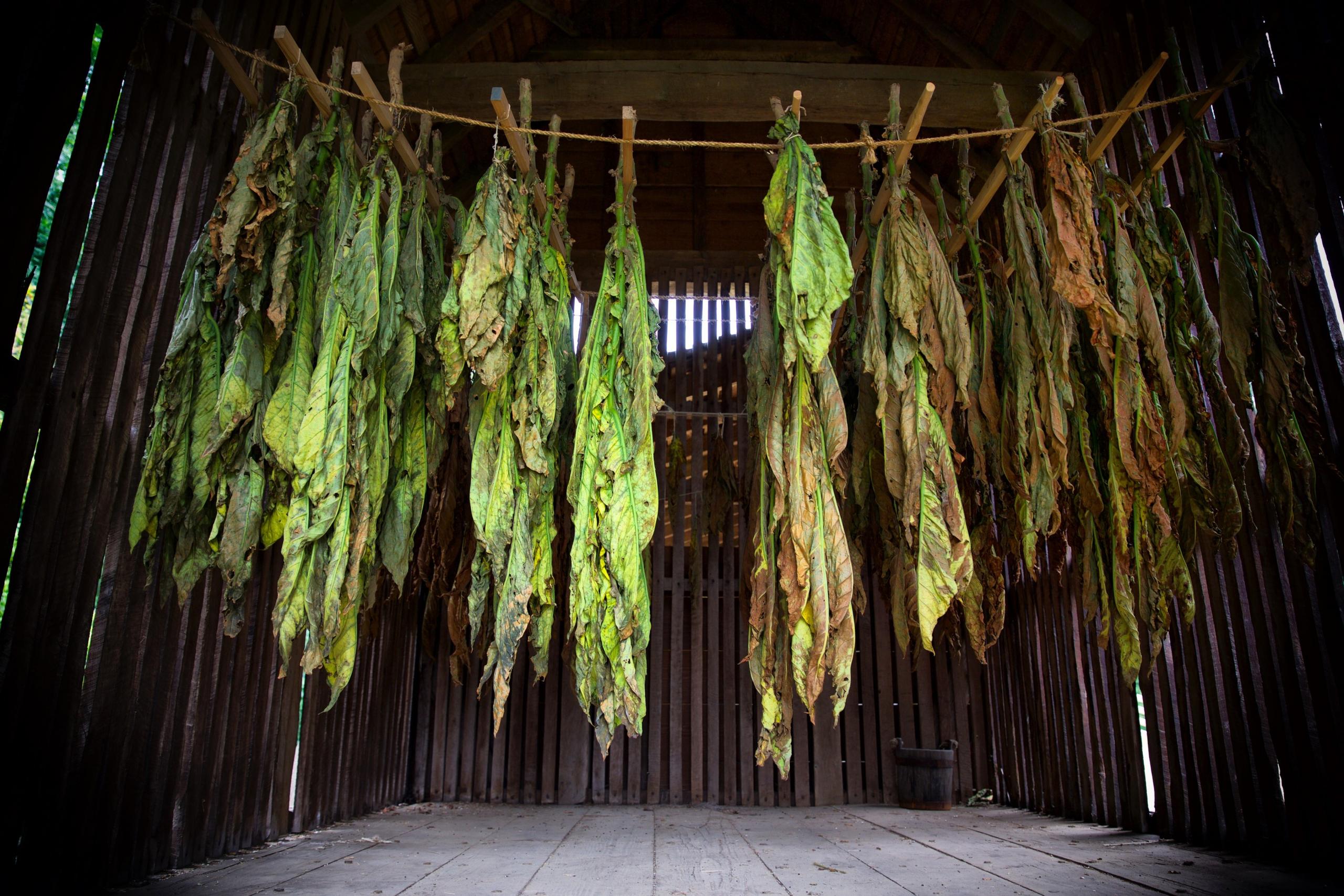 When Washington turned away from tobacco in the 1760s, he was making an important statement. Not only would he refuse to watch his fields be sapped by continuous cultivation of the leaf, but he freed himself from the trap of the fickle tobacco market.

Plantations in colonial America were the crown's principal source for the much-wanted luxury item, but the English merchants carefully controlled the market price.  Earning a profit from tobacco meant packaging the dried leaves in barrels then sending those barrels on a journey that could take anywhere from 27-138 days.  Once the product arrived in port, the price was determined by the buyers in the port and often not for a fair price.  When the price was lower than expected some unscrupulous merchants would even advance currency against next year's crop leaving many colonial American farmers in debt to British merchants. 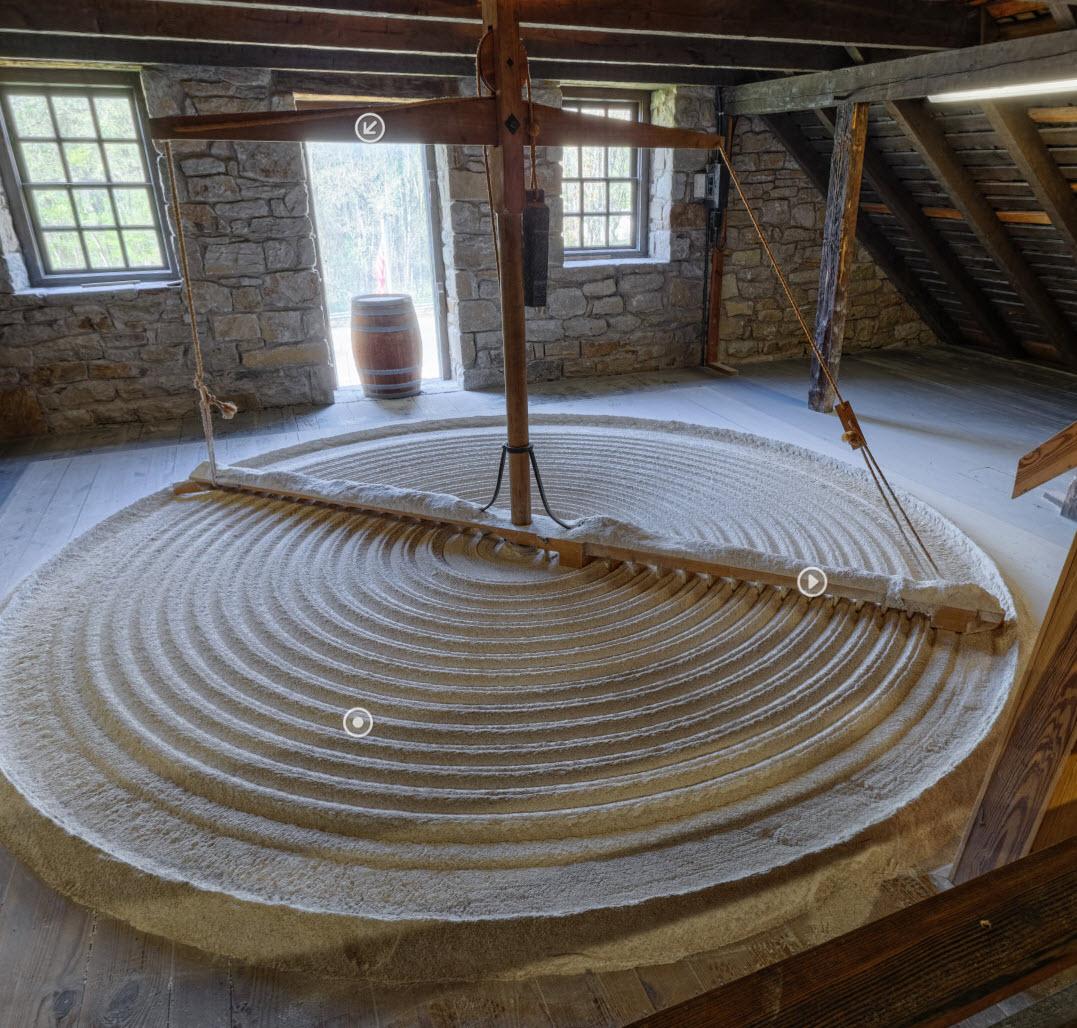 As a food supply, wheat offered much greater flexibility.

Washington could sell it as grain locally or have it milled into superfine flour, a highly desired export product. The coarser by-products, like bran, were sold to the middle or lower classes and consumed by Mount Vernon's enslaved and hired workforce. The roughest leftovers, including hulls, filled animal troughs. 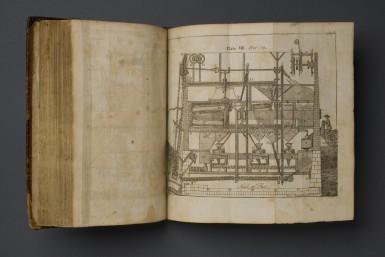 During his 30 years as a wheat farmer, Washington worked diligently to improve his production. He had built a new mill in 1770, to replace his father's decrepit structure, and then incorporated Oliver Evans' latest innovations during the early 1790s. Evans had patented a system of conveyors that accommodated a one-man milling operation. Washington saw the Evans mill as the wave of the future.

It was efficiency, and a cleaner, more marketable product, that spurred Washington to design his unique 16-sided treading barn. Before the completion of the "round" barn, horses trotted over the harvested wheat in a dirt barnyard, separating the kernel from the stalk. By bringing the treading operation indoors on a wooden floor, Washington eliminated dirt yards that might become a quagmire in a sudden rainstorm. Less grain was lost due to high winds, and once treaded, the grain could be safeguarded behind locked doors.

All the innovations were for naught, however, unless the crop was harvested in a timely manner by enslaved workers. Mount Vernon Librarian Barbara McMillan explains that by 1788 "three to four work gangs traveled as units from field to field and farm to farm" at harvest time. The crew consisted of cradlers to cut the wheat with scythes, rakers to gather it, shockers to bind the wheat into sheaves, and carriers to stack the sheaves in the barnyards. After it was threshed or treaded, the grain was cleaned by a hand-cranked fan, which blew the chaff away from the heavier grain.

Today, huge gas-powered combines perform all these functions, with the farmer protected in an air-conditioned cab. What took a group of people enslaved at Mount Vernon several days, a modern combine can perform in minutes.

One tried-and-true method that lives on, however, is that of determining when the wheat should be harvested. To decide whether the wheat berries are ripe for harvest, many modern farmers still do what Washington did - they rub the wheat head in their hands, blow away the chaff, and chew the grain. If the kernels crack easily and get soft as they are chewed, then it is time to get the crop in.

Wheat Treading at the 16-Sided Barn

Located on the banks of the Potomac near the wharf, the four-acre Farm site explores George Washington’s role as a visionary farmer.

Stop by the Paddock and welcome the new additions!

Why did the author of The Oregon Trail call Washington the "Maharajah of Mules"?