Written just months before his death in 1799, George Washington's will is a surprisingly personal document. Learn the fascinating history behind this fragile and important document.

Examining Washington's Will in Fairfax County

The Fascinating History of George Washington's Will

On the eve of his death on December 14, 1799, the gravely ill George Washington asked his wife, Martha, to bring him the two versions of his will. After reviewing them, he had one thrown in the fire and asked her to safeguard the other. The will, which resides with the Fairfax County Circuit Court’s office, reveals much about George Washington's activities, his deeply held beliefs, his affections for family and friends, and the provenance of his possessions. The history and life of this fragile and important document is an eventful one. 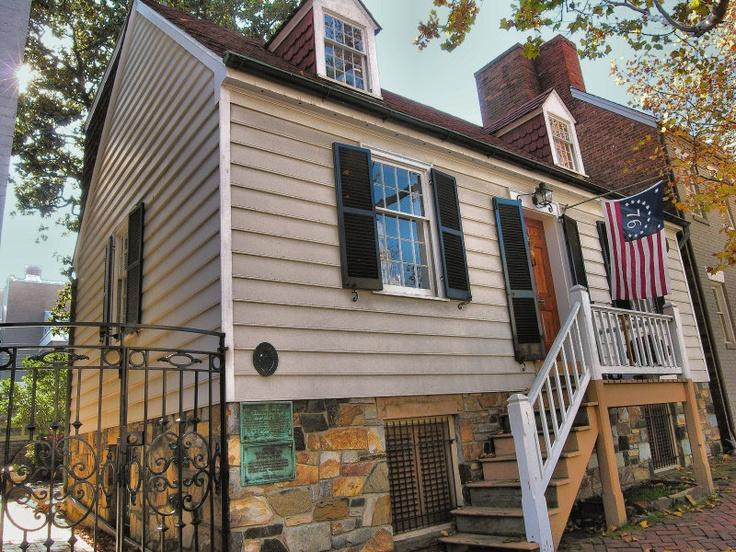 During his lifetime Washington accumulated considerable amounts of land and property consisting of townhouse lots in Alexandria and Washington, D.C., choice tracts of land on the Ohio River, as well as land in Maryland, Pennsylvania, and New York. In his will, Washington's highest priority was to provide for his "dearly beloved wife Martha," but he also remembered close and distant relations. His continued devotion is evident in the distribution of his extensive land holdings to his family upon his death. In his will, Washington also released debts owed to him by his brother Samuel Washington's estate, educational loans advanced to Samuel's sons George Steptoe Washington and Lawrence Augustine Washington, and a balance due from the estate of Bartholomew Dandridge, Martha Washington's brother.

Washington's second priority in his will was the emancipation, care, and education of his enslaved workers. Although in the early pages of the will Washington states his opposition to slavery and his "earnest wish" to emancipate those enslaved immediately upon his, death, there were complications. About half of the enslaved people at Mount Vernon were "dower" slaves owned by the estate of Daniel Parke Custis, Martha Washington's first husband. Washington only had the power to free the enslaved people he owned, not those who were part of the Custis estate. Washington was also concerned about Martha's livelihood and in his will, he freed those he could, "Upon Decease of my wife... " 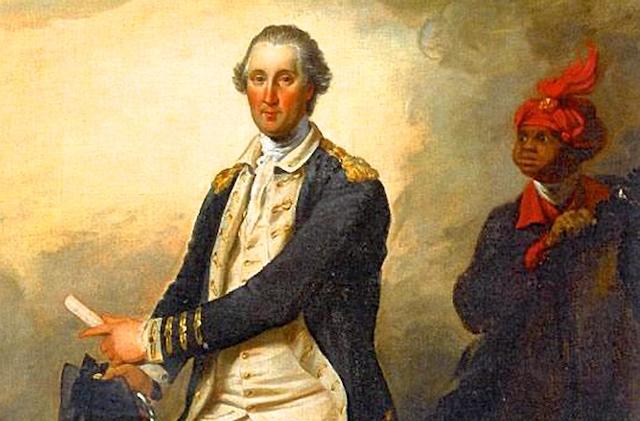 The one exception was William Lee, who, upon Washington's death, was granted immediate freedom and a 30-dollar annuity "for his faithful services during the Revolutionary War."

Washington provided support for those he freed who were too old, ill, or too young to support themselves. Those too young received assistance until the age of twenty-five and were taught to read, write, and pursue an occupation. The will specifically prohibited the sale or transportation of any Washington enslaved workers out of Virginia and admonished his executors to respect his wishes for their care.

George Washington's great aspiration, for the future of the United States, were clearly expressed and supported by his will. He provided stocks to finance the establishment of a school to educate orphans. He bequeathed 50 shares in the Potomac Company towards the endowment of a “University” to be established in the District of Columbia, although it never materialized. 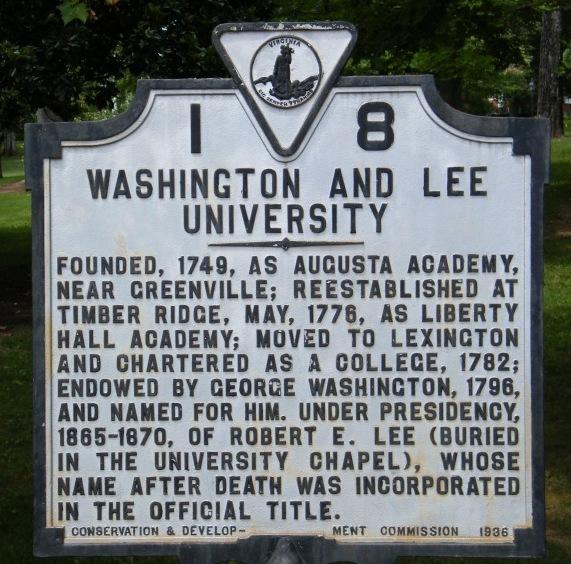 Washington also gave 100 shares in the James River Company for "the use & benefit" of Liberty Hall Academy, whose name was eventually changed to Washington and Lee University. Washington’s contribution continues to be a cherished part of the university's endowment.

Washington signed his will on July 9, 1799, six months, before he died. He wrote it on fifteen sheets of specially prepared paper that contained his watermark. The will was probated at the Virginia Fairfax County Courthouse on January 20, 1800, by George Deneale, the Clerk of Court.

Since then, it has been in the care and custody of the Fairfax County Circuit Court Clerk's office, except for one brief period. In 1861, as federal troops invaded the Fairfax area, the Clerk, Alfred Moss, removed Washington's will along with other important papers to the Confederate capital in Richmond and the custody of the Secretary of the Commonwealth for safekeeping until the hostilities ended. The will was returned to the
Fairfax County Courthouse in 1865.

The Washington will was frequently displayed inside the Fairfax County Courthouse and during the mid-1900s was exhibited continuously for forty years. Because of deterioration observed in a 1976 examination by the Library of Congress, it was recommended that the will be exhibited only on special occasions. In 1977, at the request of the Mount Vernon Ladies' Association, the Clerk, James E. Hoofnagle, with support from the Northern Virginia States Delegation, received authority from the Virginia General Assembly to display the will at George Washington's home, Mount Vernon. The will was on display for six months, and it was the first time since the Civil War the document was displayed outside the Courthouse. It was exhibited again for a brief period at the National Museum for American History in 1982.

In 1992, Frey was elected Fairfax County Clerk of Circuit Court. He took his duty of preserving and protecting George Washington's will very seriously. However, he earnestly believed in displaying this historical document for all who are interested to examine and enjoy. He began to solicit donations to obtain an appropriate display case with protective ultra-violet light filters and humidity control. On February 22, 1994, CYRO Industries graciously donated just such an exhibition case. This permitted the display of George and Martha Washington's wills, as well as many other documents, in the Courthouse and throughout Fairfax County.

As Washington's valuable last testimony was moved, stored, and periodically displayed, it suffered the effects of time, environment, and handling. The first restoration effort occurred in 1861 when it was moved to Richmond for safekeeping during the Civil War. At that time, the will was folded in half vertically, and, as a result, the brittle pages were damaged and almost every leaf was broken. In an attempt to prevent further breakage, some of the broken pages were sewn together with needle and thread. 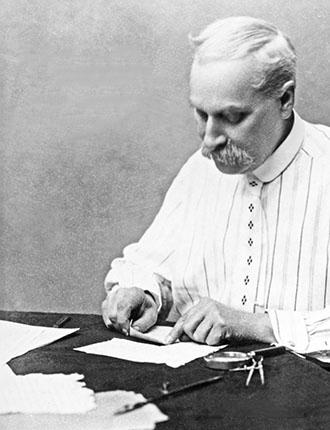 Since that first crude treatment, several major professional conservation efforts have been undertaken to prevent further deterioration. The most notable was the work of William Berwick, a renowned expert with the Library of Congress. In 1910, Berwick restored the will using a conservation process called crepeline lamination. This technique involved coating each page and the paper surrounds with a paste containing a mixture of flour, cornstarch, and water, then embedding a fine silk net into the paste.  This technique and Berwick's expertise are responsible for the excellent condition in which George Washington's will is currently found.

On December 30, 1976, Peter Waters, Restoration Officer for the Library of Congress, performed a detailed examination of Washington's will. Several major tears and breaks in the silk and adhesive laminate were discovered and temporarily mended; however, an appropriate long-term preservation strategy could not be agreed upon.

In 1998, Frey was concerned that it had been twenty years since the document had been examined. At the recommendation of the Mount Vernon Ladies' Association and with the approval of the Fairfax County Board of Supervisors, Frey selected Christine Smith of Conservation of Art on Paper, Inc. (CAPI), of Alexandria, Virginia, to perform conservation treatment and provide professional advice regarding storage and exhibition of both George and Martha Washington's wills.

Smith had extensive experience preserving original George Washington documents, including one of only two existing letters to Martha, a schedule of his slave holdings, and an account to the Continental Congress of Martha's travel expenses to winter quarters during the Revolutionary War.

She used techniques in which enzymes digest the paste that covers both sides of each handwritten page and holds the silk covers over the pages. Once the pages are exposed and cleaned, numerous breaks caused by the acidic 18th-century ink were methodically mended with tiny bits of tissue - some only 2x2 mm - toned to blend with the color of the old paper. The larger losses were filled with custom-made paper pulp. Smith described this process as "making a new sheet of paper - of exactly the right color and thickness - in the middle of another piece of paper which bears writing of incalculable historic significance." After the pages are freed from the silk and paste layers, cleaned and mended, CAPI designed new storage and display system so that the documents can be viewed by the public under the most protected conditions possible.

The Death of Washington

Read the transcript of Washington 1799 last will and testament.

See the final resting place of the father of his country.

Learn about the final moments of the nation's first president.