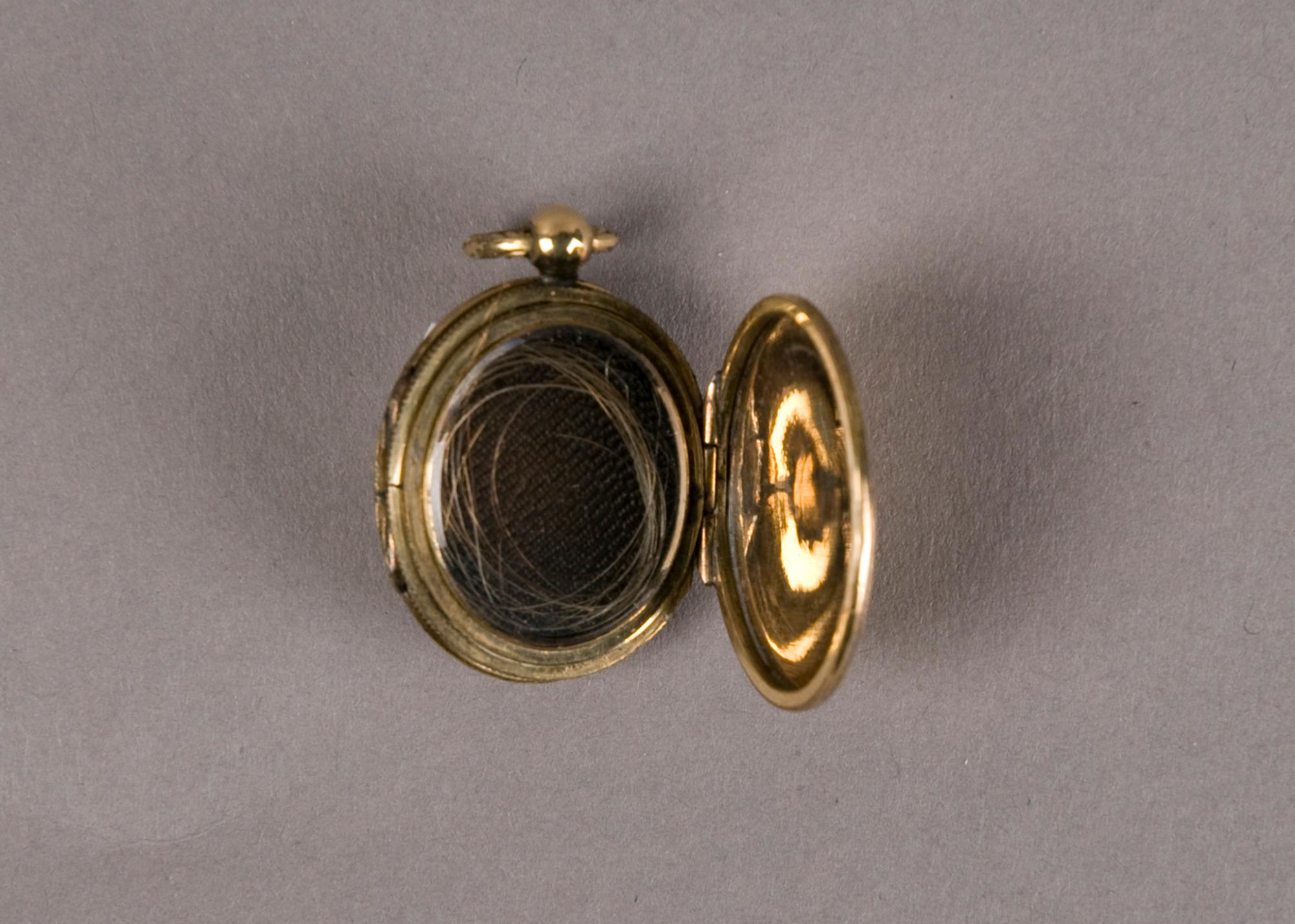 In Mount Vernon’s collection, more than 50 examples of George Washington’s hair are preserved inside frames, paper, and jewelry. Some pieces of jewelry containing Washington’s hair were made before or immediately after his death, most were made in later periods. Public displays of hair from friends or loved ones peaked in the 19th century, but had long been popular among affluent families like the Washingtons. 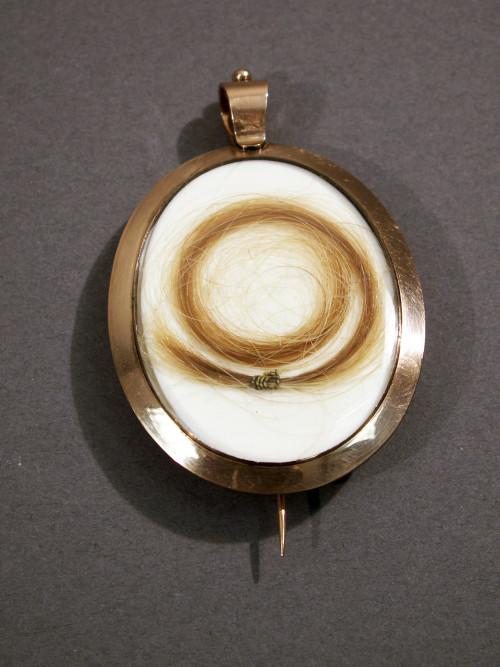 For example, following the end of his presidency and prior to his departure from Philadelphia, George and Martha Washington paid a visit to the Secretary of the Treasury, Oliver Wolcott and his wife, Elizabeth. Washington had appointed Wolcott in 1795, and the two men shared many professional and personal ties. The intimacy of their relationship is exemplified by this locket containing a lock of Washington's hair, said to have been cut by Martha during their visit and presented to Elizabeth as a "memorial to the General." It was likely set soon after to be worn as a testament of their mutual affection.

Tobias Lear distributed these relics after the president’s death, writing in his detailed account of Washington’s burial how he cut off some of the General’s hair just after his body was placed in its coffin.

It seems strange to clip and preserve hair, why did this practice occur?

Hair locks served as a physical reminder of a beloved figure or family member and were passed down to descendants. George and Martha Washington gifted their locks to friends and admirers. Sometimes they received requests from distant acquaintances and strangers who wanted to memorialize the great General. After his death, the hair relics were made when political turmoil and recession fostered nostalgia for the perceived glories of the past. While no one knows how many hair samples of George Washington exist,