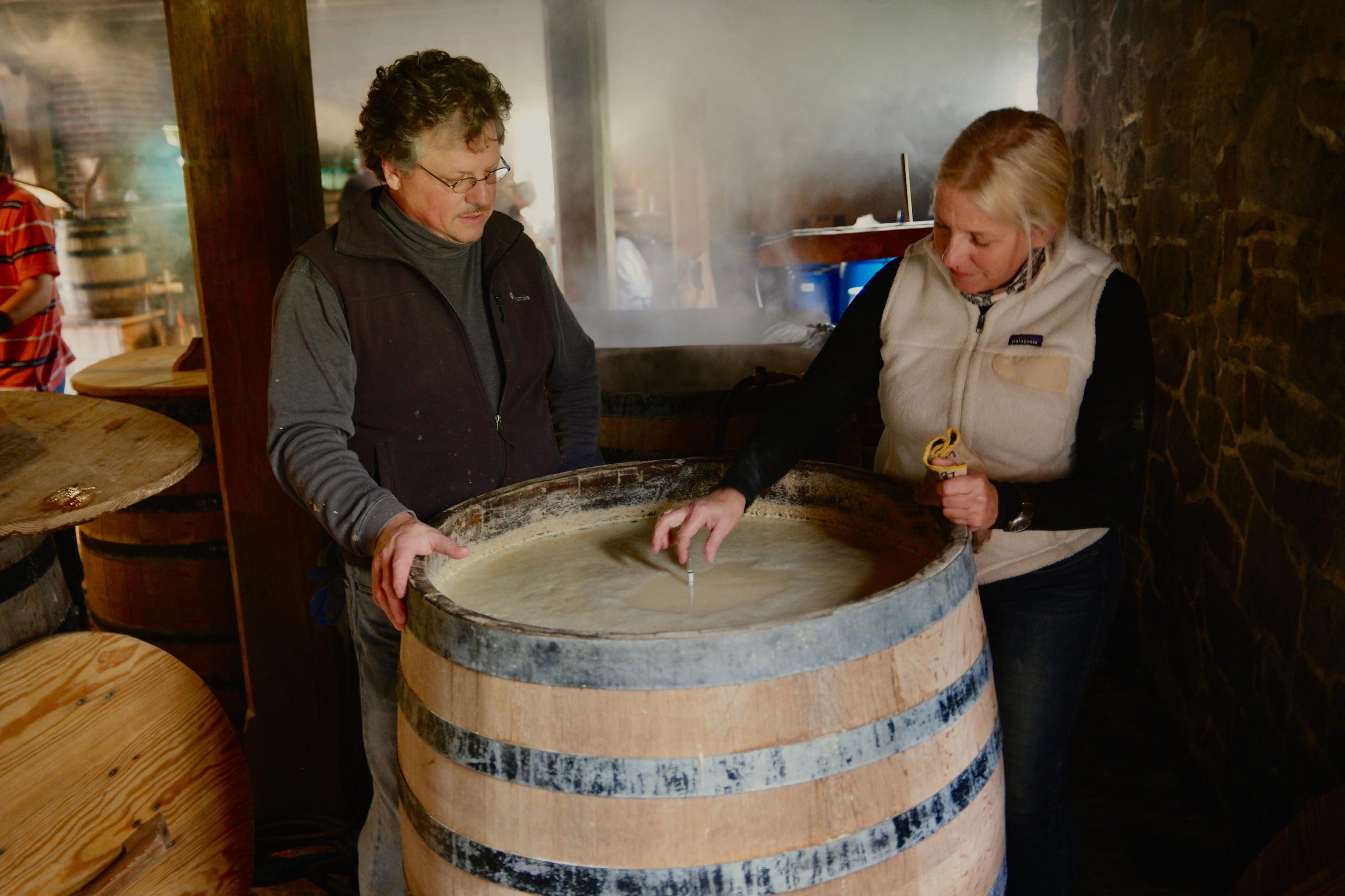 This November the distilling team in the historic trades department branched out from our usual rye whiskey production run, working with our consulting distiller, Lisa Wicker, to create the very first George Washington Bourbon™. The first question that arises: did Washington produce bourbon at Mount Vernon in the 18th century? Answer: no he did not. Bourbon was not yet in existence as a specific type of whiskey, that would come in the early 19th century. However, in the first production runs conducted at Mount Vernon in early 1797, there is documentary evidence of wheat being used with corn—the primary ingredient in bourbon. These initial batches were produced using two stills set up in the cooperage next to the gristmill.

When James Anderson, a Scottish immigrant Washington hired as a farm manager, proposed adding a distillery to the businesses at Mount Vernon, the General was cautious. He agreed to start the operation on a small scale, allowing Anderson to configure part of the cooperage into a distillery. Washington was willing to test the market and the skills of James Anderson and his son John who ran this operation. As with any farmer in that time, excess grain was not to be wasted, and so farmers often ran a still on a very small scale for their own needs. Whiskey was also currency—in the economy of that time where bartering and trading for goods and services was prevalent, whiskey had purchasing power.

Records at Mount Vernon detail that in 1761, Washington purchased a 50 gallon still, and another in 1762. Again these were for his farms use, not meant for large commercial production. 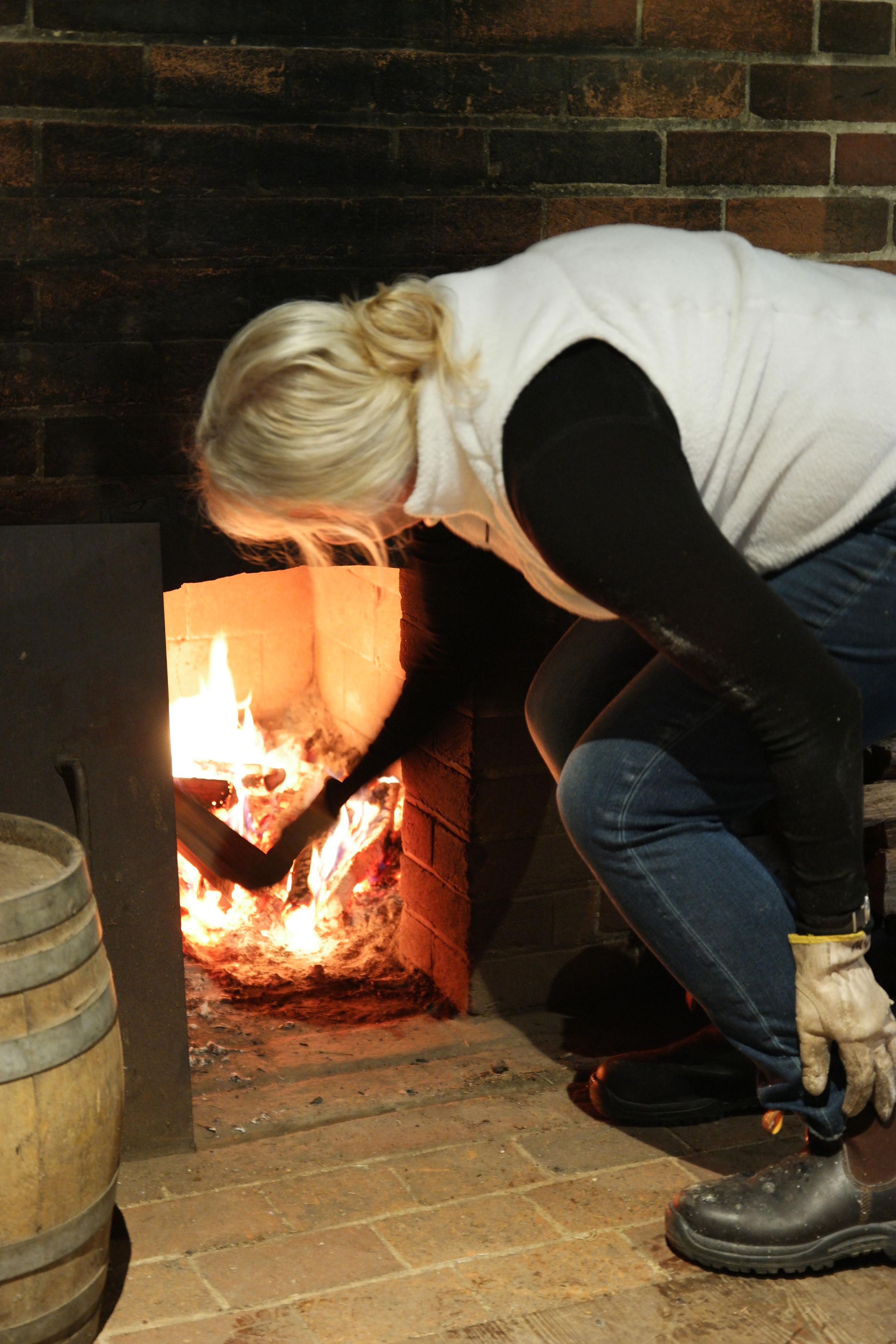 Anderson’s efforts in 1797 proved profitable and convinced Washington to construct a large distillery next to the gristmill containing five copper pot stills. With this larger structure and capacity, Anderson, along with assistant distiller Peter Bingle and six enslaved workers, James (age 24), Hanson (20), Peter (18), Nat (17), Daniel (16 or 17) and Timothy (14), produced 4,500 gallons of rye whiskey in 1798, and 10,942 gallons of whiskey in 1799. Small amounts of peach, apple and persimmon brandy were also made.

With this documentary evidence from 1797, we decided to make what would have been called “corn whiskey” in Washington’s time. In reality, we are following the bourbon rules, which are codified in law. It is in fact a wheated bourbon, with the mash bill being 70% corn, 20% wheat and 10% malted barley.  At this writing, we have two more days of distillation to go, then we will barrel.  All of this bourbon will be aged in charred American oak barrels for at least four years.

We look forward to the future release and tasting of George Washington Bourbon™. To be notified of its release, please sign up for Mount Vernon's distilled spirits notification e-mails here.

Ten Facts about the Distillery