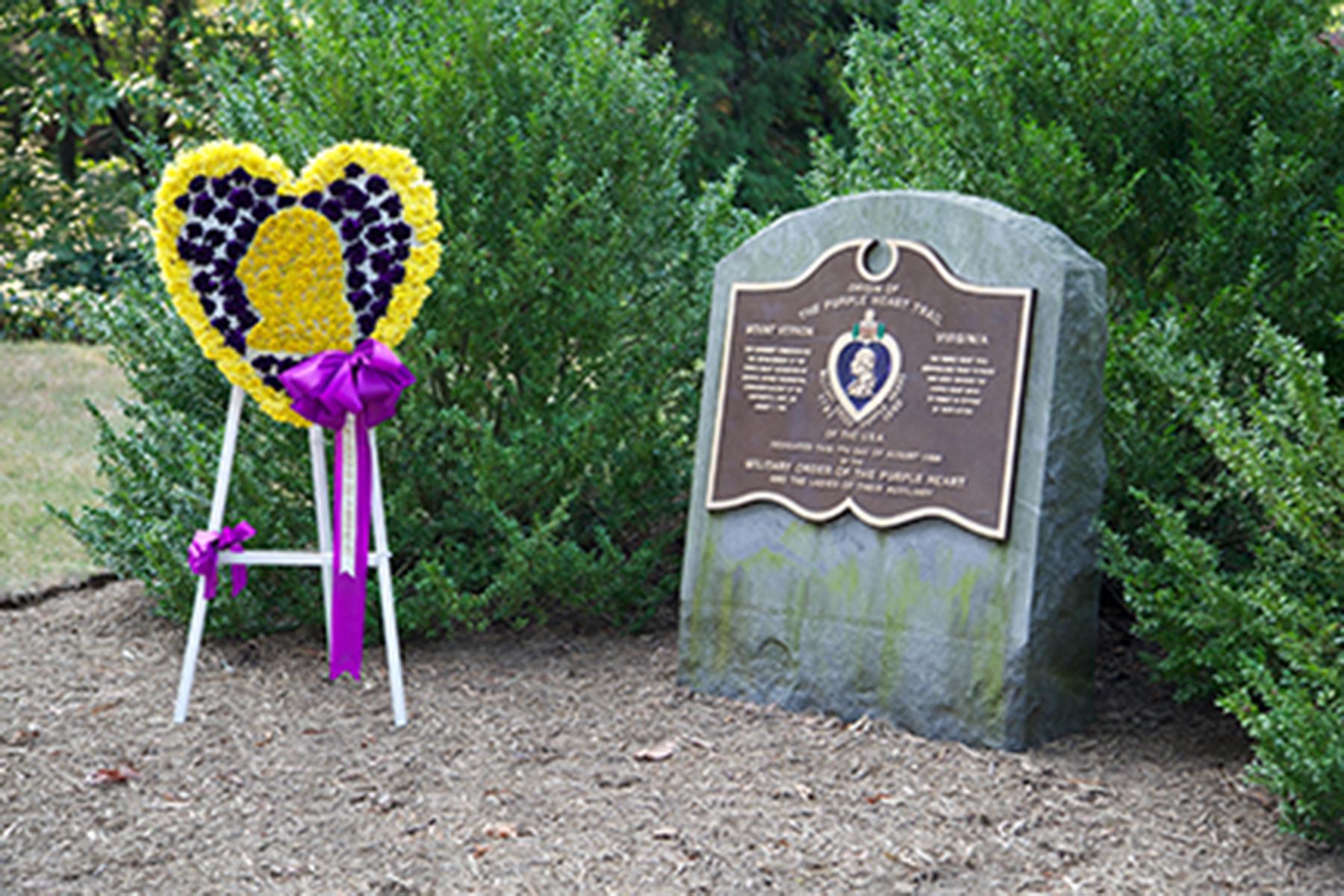 Did you know George Washington created the first United States military award? In his General Orders on August 7, 1782, Washington created three military badges to honor the service of ordinary, common soldiers. One of these awards was the Badge of Military Merit, the precursor to the Purple Heart.

Dr. Gordon Sumner, Ph.D., is the Commander of the Greater Washington DC Chpt 353, Military Order of the Purple Heart.

"It was never used after the Revolutionary War," said Sumner. "In 1932, General MacArthur, when he was the chief of staff for the army. He revised the Badge of Military Merit and designed what we now know as the Purple Heart Medal. It was done on August 7, 1932 to commemorate the 200th birth date of General Washington."

Each year, Sumner helps organize a commemoration ceremony at the estate on or around Purple Heart Day to educate visitors about the Purple Heart and its recipients.

Mount Vernon is honored to welcome all Purple Heart recipients with no day-time admission costs.