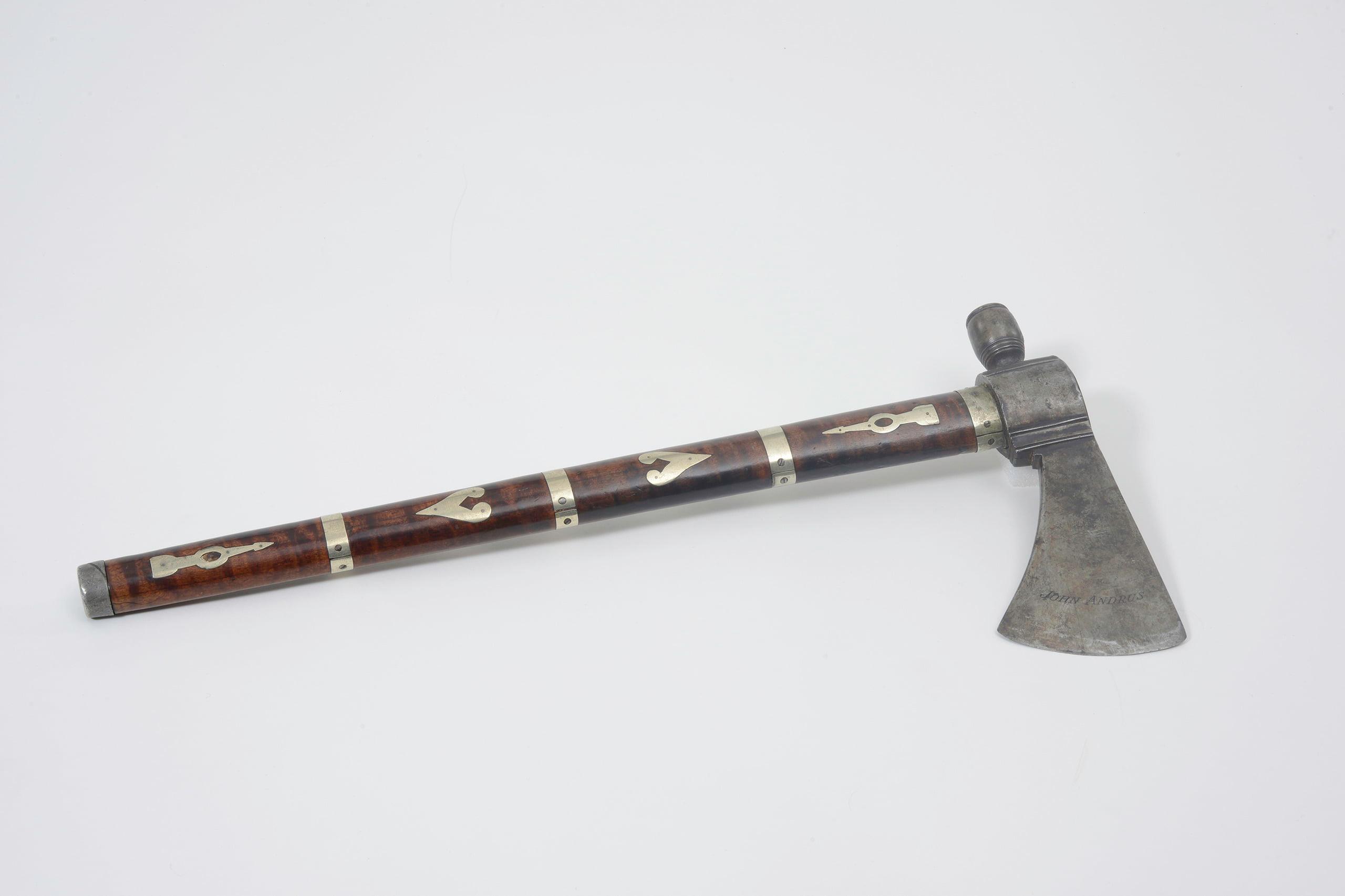 An 18th-century Native American pipe tomahawk supposedly given to Seneca chief Cornplanter by President George Washington in 1792 has been returned to the New York State Museum. According to the Times Union, the tomahawk was stolen from the Albany Museum between 1947 and 1950 and has been in the possession of private collectors. An anonymous collector returned the pipe tomahawk in June, and it is now on view through December 30.

Pipe tomahawks signified intercultural exchange in the 18th century and could be used for smoking, a common ceremonial practice after reaching an agreement. In the 1790s, Cornplanter visited President Washington in Philadelphia, which eventually led to the Treaty of Canandaigua 1794. This treaty established peace between the sovereign nations of the U.S. and the Haudenosaunee (Iroquois) Confederacy.

“The merits of the Cornplanter, and his friendship for the United States are well known to me, and shall not be forgotten. And as a mark of the esteem of the United States, I have directed the Secretary of war [sic] to make him a present of Two hundred and Fifty Dollars, either in money or goods, as the Cornplanter shall like best. And he may depend upon the future care and kindness of the United States. And I have also directed the Secretary of War to make suitable presents to the other Chiefs present in Philadelphia. And also that some further tokens of friendship to [sic] be forwarded to the other Chiefs, now in their Nation."

-George Washington to The Cornplanter, Half Town, and Great Tree, Chiefs and Counselors of the Seneca Nation of Indians, Philadelphia, December 29, 1790

The son of a Seneca woman and a Dutch trader, Cornplanter tried to remain neutral during the Revolutionary War; but the Iroquois Confederacy pressured him to ally with the British. His successful raids on American settlers in 1778 and 1780 forced the Continental Army to divert troops and supplies from the war effort in order to retaliate.

In March 1792, Reverend Manasseh Cutler wrote to his wife that Cornplanter's son, "a young chief about 25 years of age," traveled to France with the Marquis de Lafayette to receive an education. Two years later, wrote Rev. Cutler, "he returned an accomplished Frenchman."