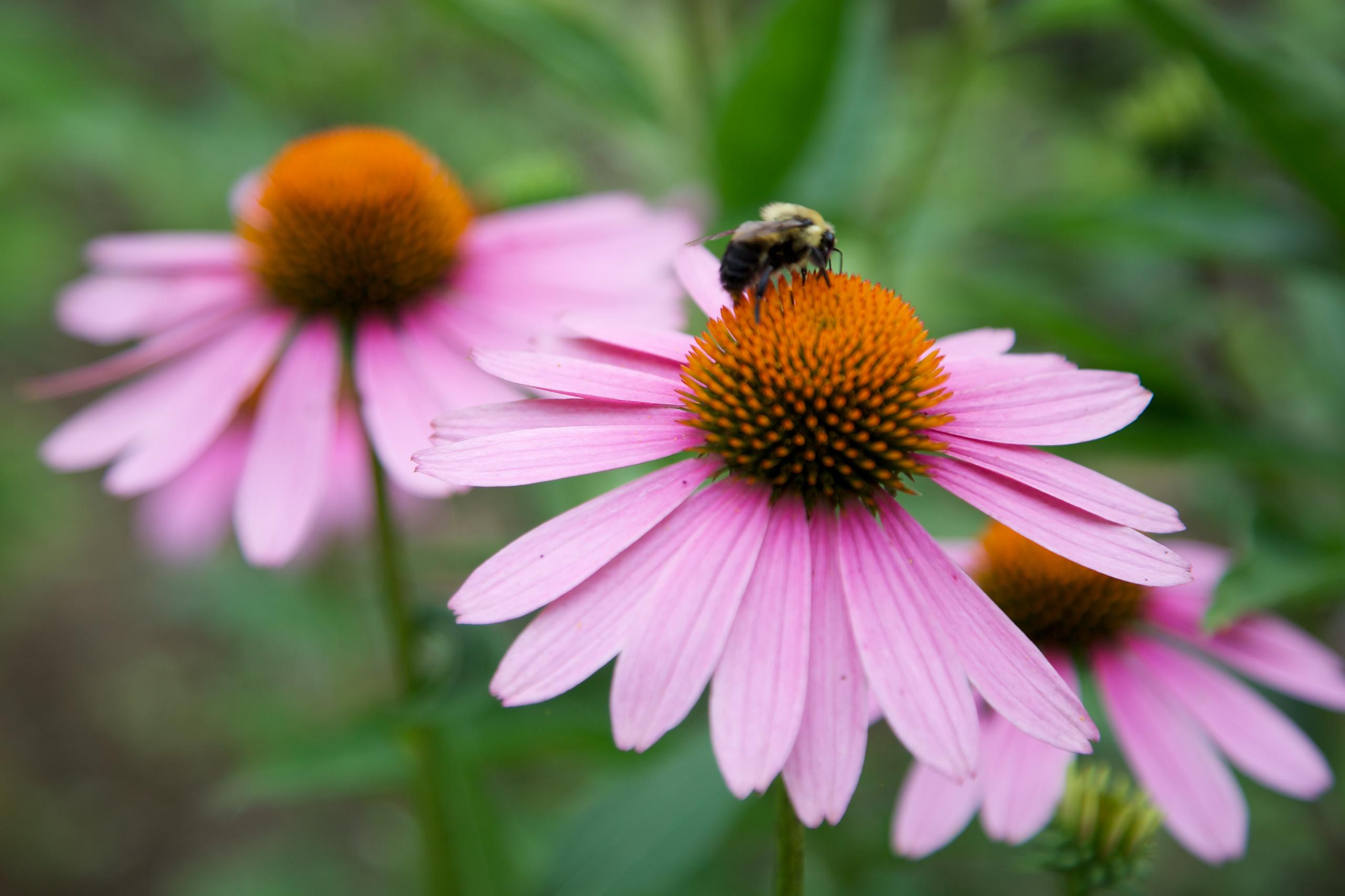 George Washington ate hoecakes with honey almost every day for breakfast, but where did he get the honey? The only mention of Washington's bees comes from an entry on July 28, 1787, which states three hundred nails were given out at the Circle Storehouse to an indentured English joiner named Matthew Baldridge, “to make a bee house.” Washington is also known to have purchased honey and other foodstuffs from his enslaved workers. 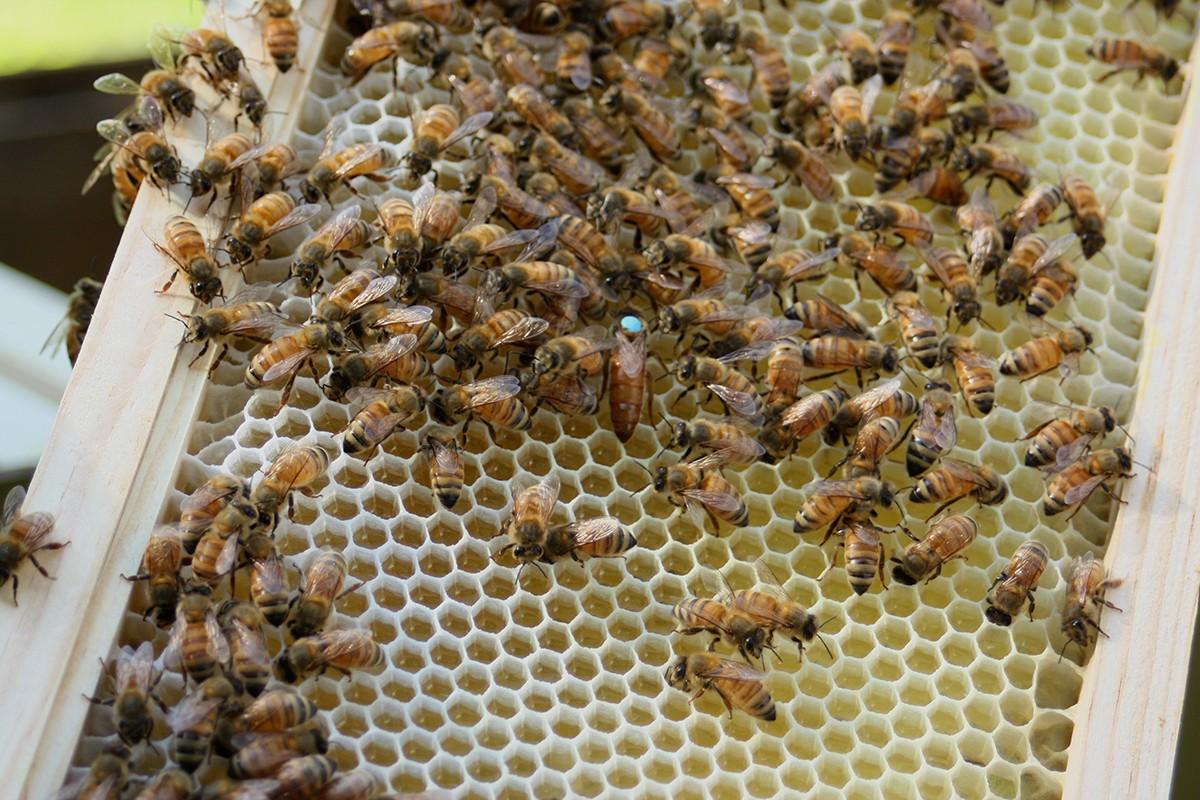 In Washington's time, honey was often used as a sweetener and for medicinal uses, and the beeswax was used for candles, soap, lubrication, and polishes. Today, Mount Vernon keeps bees to help pollinate orchards, crops and other plants. 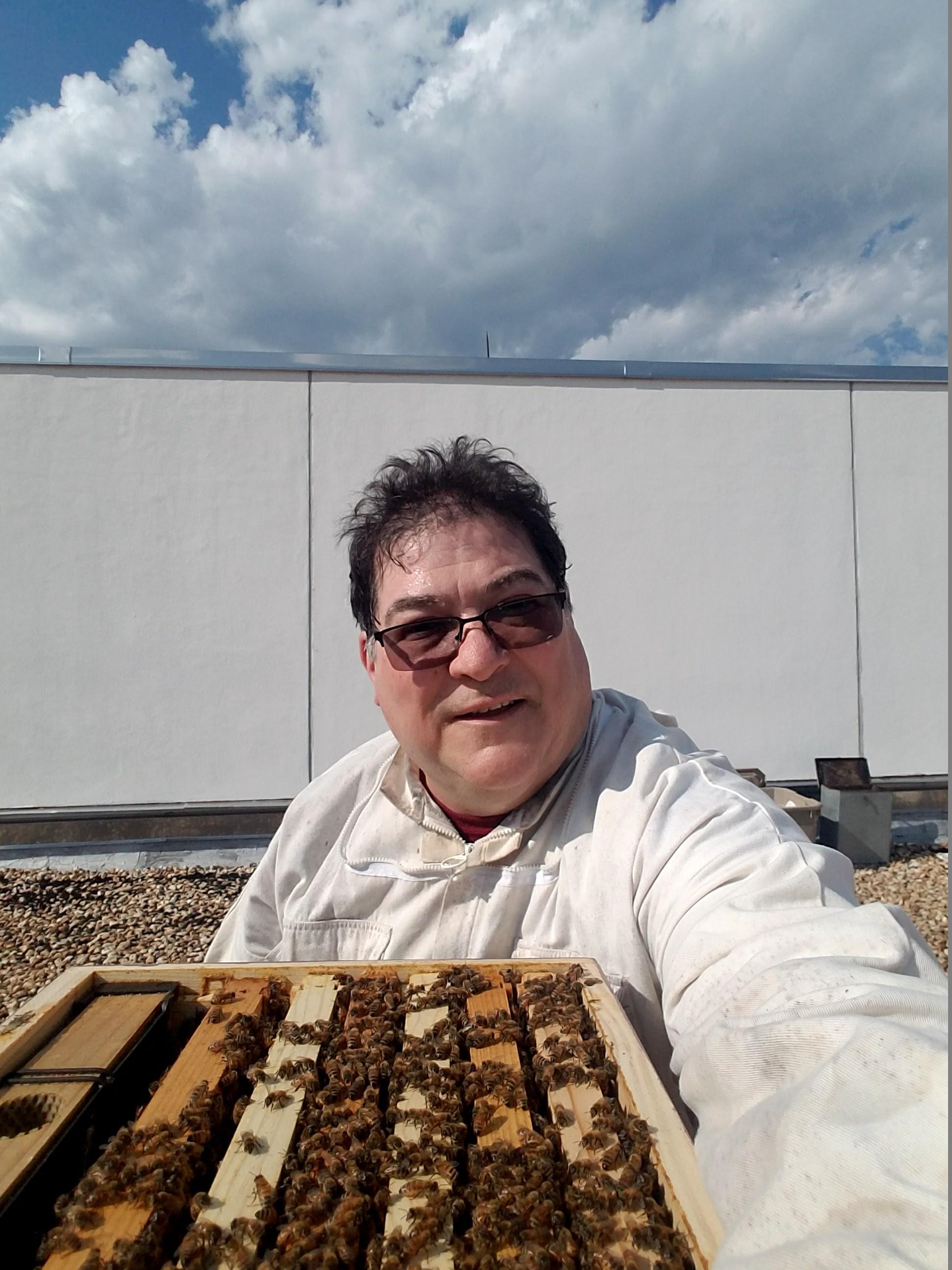 For nearly 20 years, John Ferree has volunteered as Mount Vernon's beekeeper, lending his time, equipment, and expertise to maintain a colony at the estate. As a third-generation beekeeper, John feels comfortable around the pollinators, moving around in only short sleeves and a veil for protection from their stingers.

"Sometimes the bees are very gentle and I might go without a veil," he said.

John's hive at Mount Vernon lies in a behind-the-scenes location that is not accessible to the public. He uses a hive called a Langstroth hive, which is made up of stacked boxes, frames, and a roof. Bees enter from the bottom of the structure and build combs in each of the hanging frames. The population of Mount Vernon's colony (a group of honey bees with a single queen bee) ranges from approximately 10,000 bees in the winter to 60,000 bees in the summer.

As part of his beekeeping duties, John opens the box, removes the frames, and inspect the bees' health and production. In addition to harvesting honey, John can collect and sell beeswax, pollen, propolis (sap bees collect from plants), and the bees themselves. Through maintaining a colony at the estate, John contributes to the reproduction of the estate's gardens and trees that re-create the landscape George Washington adored.