Working in all Weather 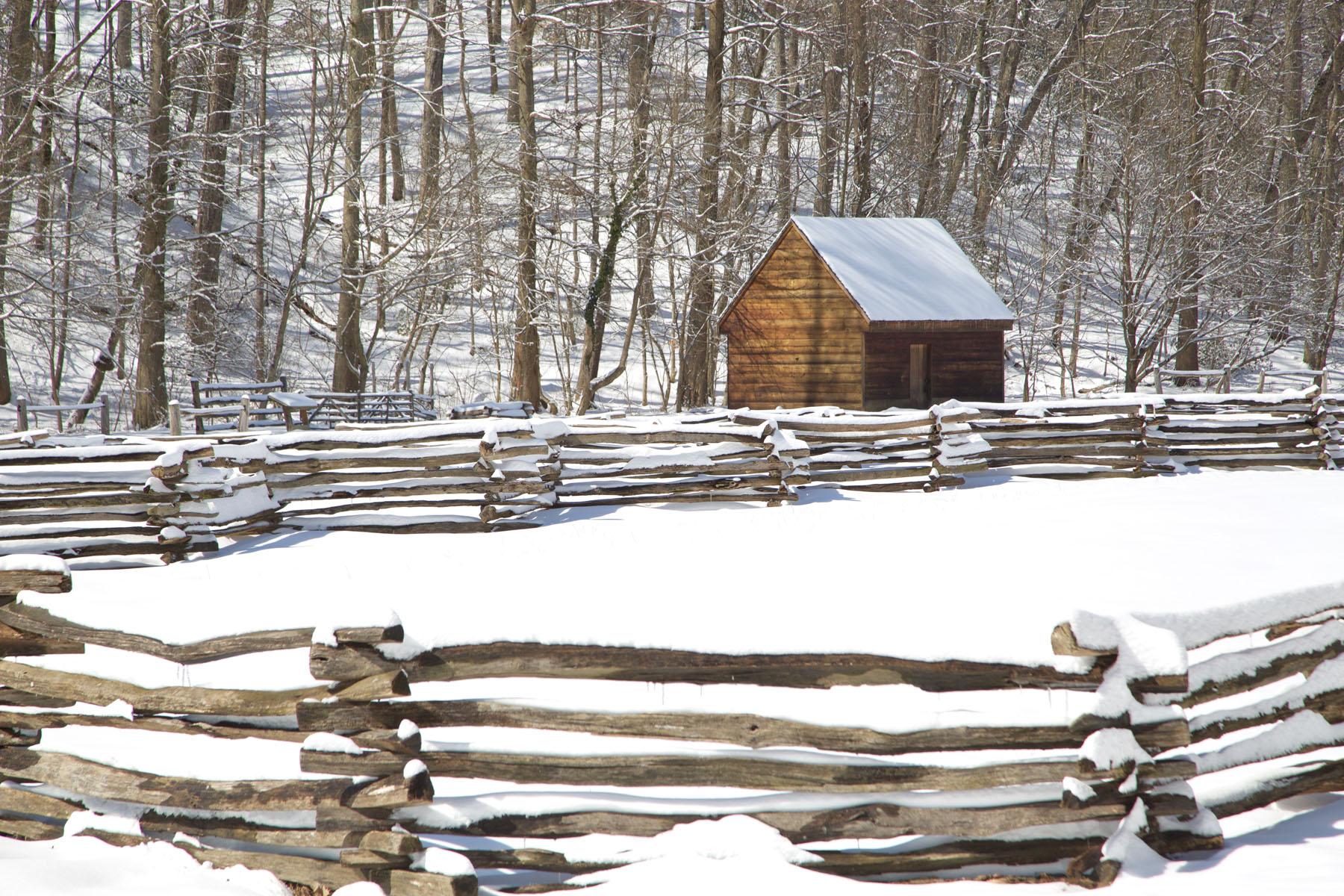 Since the Christmas holidays, the weather here at Mount Vernon has been something of a roller coaster, with days and weeks in the low double digits and other days when the sun is shining and the temperature may reach 70 degrees. We’ve had some snow, but not enough for a real “snow day." Some of you might be wondering if the enslaved people working at Mount Vernon ever had similar time off in the 18th century. And the answer is…well, yes—and not just because of snow and ice.

Although we often think of winter as the slow season in terms of the agricultural calendar, George Washington, his farm managers, and the overseers tried to keep the enslaved laborers as busy as possible. The kind of work done by male slaves in winter included: working on the millrace (the channel carrying water to the mill wheel); digging ditches; plowing; cutting rails, posts, timber, and firewood; hauling timber and grain; killing hogs; filling the icehouse; mauling rails and sawing lumber; making fences and livestock pens; building roads; working in the new ground; framing a barn; shelling corn; cutting straw; threshing wheat and rye; stripping tobacco; making baskets and horse collars; beating out hominy; tending the stable; tanning leather; and doing odd jobs.

Heavy rains could make it very difficult for agricultural work to be done. The first few weeks of March 1787 were very wet, with rain interrupting a number of tasks. During the week of 3 March, a half-day of work was lost on one of the plantation’s five farms and over the following two weeks, rain prevented several individuals from planting corn and plowing. Some idea of how bad it had to get before a halt was called for the day, however, can be found in a letter to George Washington from his war-time manager, Lund Washington. In a discussion of the preparations being made for planting, Lund commented that: “Although we are seldom without rain three days together and our mill swamp is over our shoes almost every where in water, yet we are ditching of it. And I am determined to keep on although the people in the ditch are up to their knees in mud and water. When it is properly done I expect it will yield a very great crop of tobacco.”

In addition to heavy rains, snow could also interfere with work. In the week ending on February 16, 1793, the thirty slaves at Mount Vernon’s River Farm lost a combined total of 36 days of work because of snow. In addition, an enslaved man named Gunner, who was then 84 years old and assigned to the Mansion House Farm, missed four days of work that same week, because he had been “stopt by Snow” at River Farm, probably during a visit to his wife Judy, who lived and worked at that location. 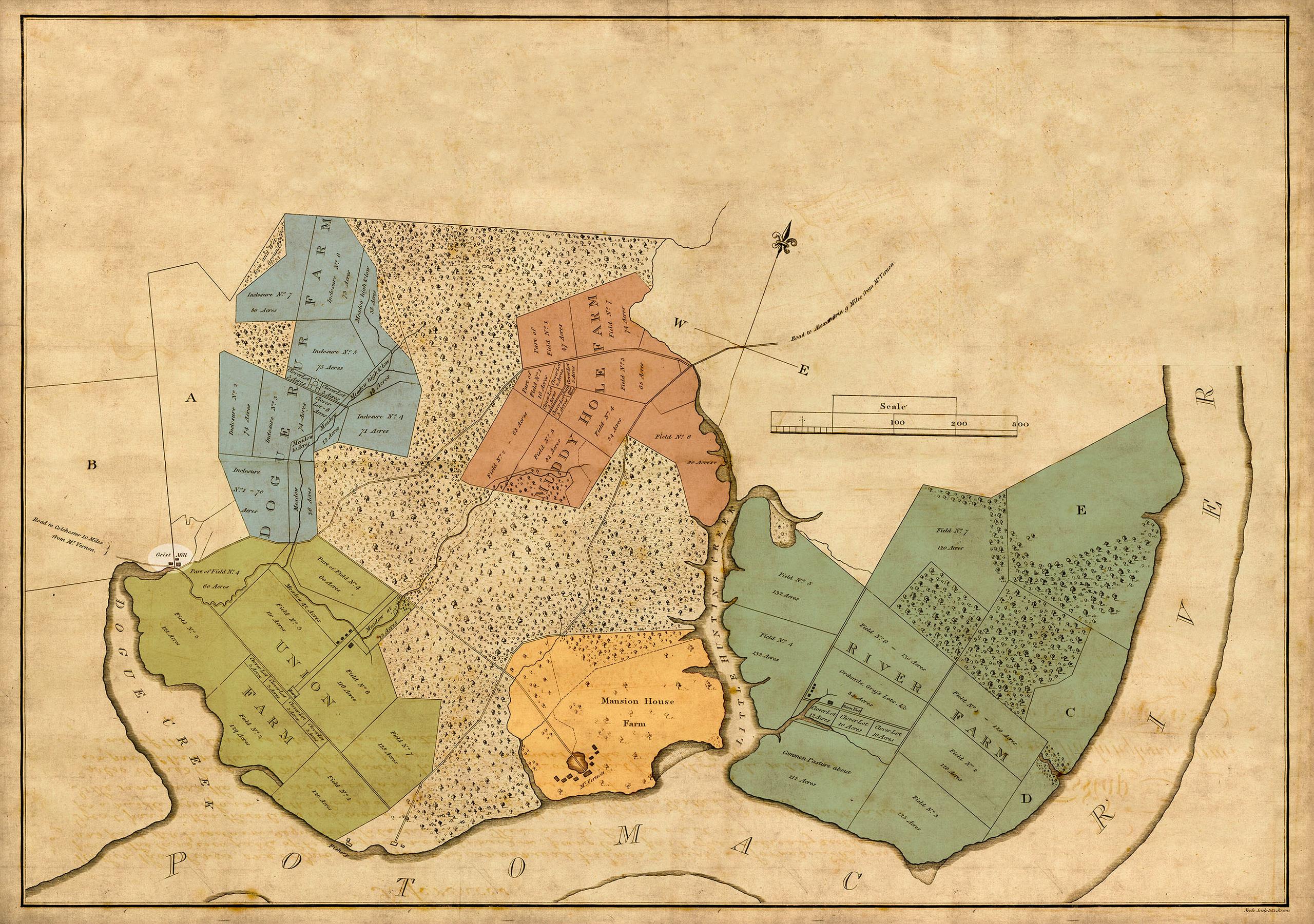 Other chores might replace a regular assignment on a particular day, depending on conditions outside. For example, the winter of 1786 was especially wet and in mid-February, after eight inches of snow fell, Washington recorded that the men at the Mansion House Farm were bundling sticks and branches to be used in filling gullies, instead of moving earth, as he had originally planned. The women and those he described as “Weak hands” were given the indoor assignment of “picking the Wild Onion from the Eastern shore Oat for seed.” Towards the end of March in that same year, the weather was so bad that all work on the grounds had to stop for a day and everyone was reassigned to work indoors, picking onions out of the wheat. The manager for several of the Washington and Custis family properties near Williamsburg once suggested that the slaves there be kept busy with spinning when weather conditions would not permit outdoor work.

This guided walking tour highlights the lives and contributions of the enslaved community who built and operated Mount Vernon.