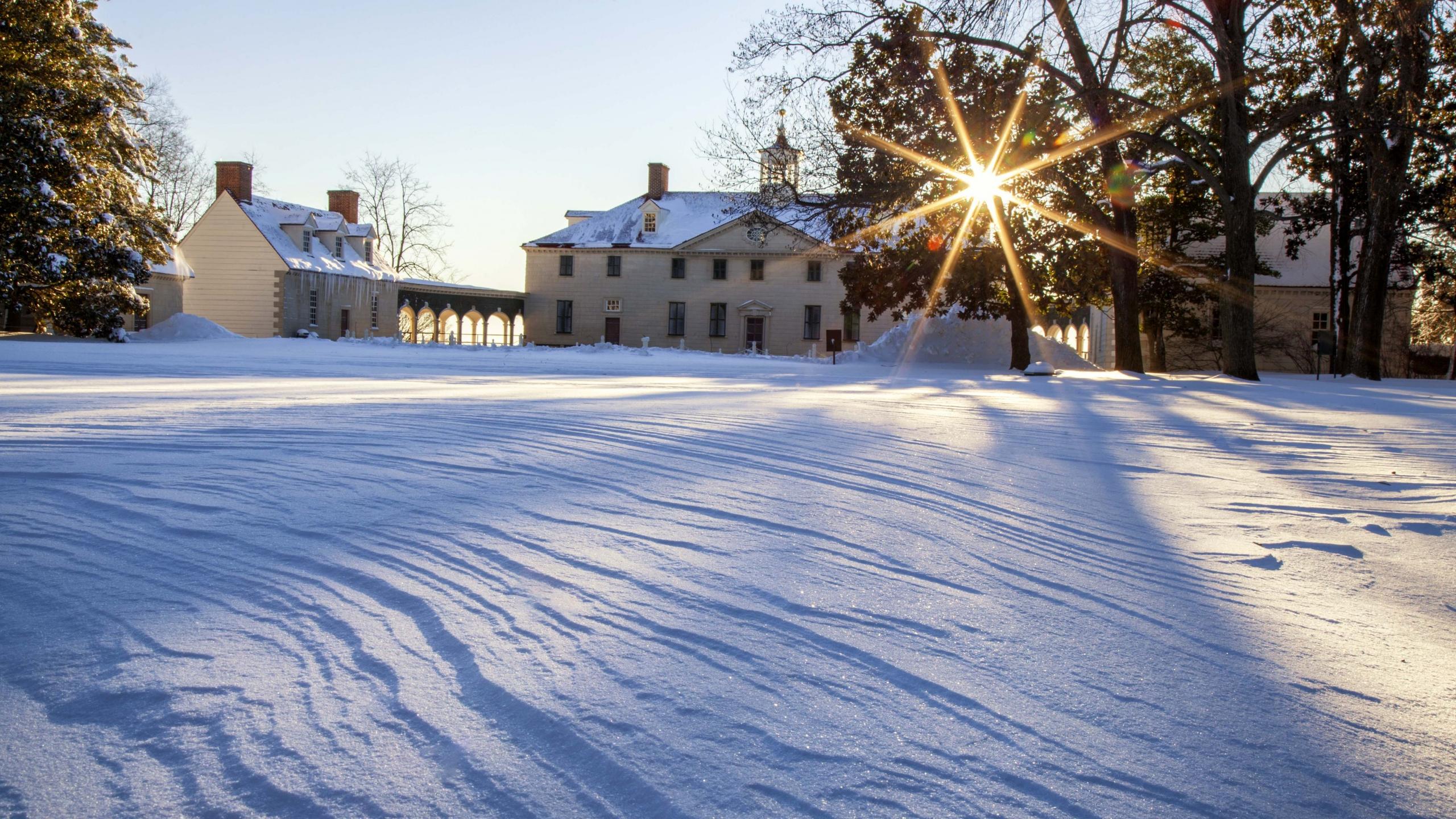 While Virginia winters are milder than those in the north, George Washington and his family took part in winter games at Mount Vernon and in Philadelphia during Washington's presidency.

Weather conditions for ice skating were better in the north than at Washington’s Virginia plantation. On December 11, 1792, during George Washington’s presidency in Philadelphia, a pair of “Skeats” were purchased for eleven-year-old George Washington Parke Custis. Whether he continued skating at Mount Vernon is not known.

Gilbert Stuart (1755-1828) painted this portrait of William Grant in 1782, which illustrates ice skates of the period.

This game involved throwing a log or pole as far as possible. While not exclusively a winter sport, Charles Willson Peale recounted playing pitching the bar while visiting Mount Vernon at Christmas:

"One afternoon several young gentlemen, visiters [sic] at Mount Vernon, and myself were engaged in pitching the bar, one of the athletic sports common in those days, when suddenly the colonel [George Washington] appeared among us. He requested to be shown the pegs that marked the bounds of our efforts; then, smiling, and without putting off his coat, held out his hand for the missile. No sooner. ..did the heavy iron bar feel the grasp of his mighty hand than it lost the power of gravitation, and whizzed through the air, striking the ground far, very far, beyond our utmost limits. We were indeed amazed, as we stood around, all stripped to the buff, with shirt sleeves rolled up, and having thought ourselves very clever fellows, while the colonel, on retiring, pleasantly observed, 'When you beat my pitch, young gentlemen, I'll try again.’”

Hunting, and especially foxhunting, was favorite winter activity at Mount Vernon. According to Martha Washington's grandson, George Washington hunted three times a week, weather permitting. Frequently, Washington and his guests ate a light meal and set out before sunrise. Roads were cut through the woods so that more timid riders could follow the hunt without risk, but as a skilled and fearless horseman, Washington stayed right with the hounds. Upon their return home, the evening's conversation centered on "the feats of the leading dog, the most gallant horse, or the boldest rider."