Be Washington in The Battle of Second Trenton 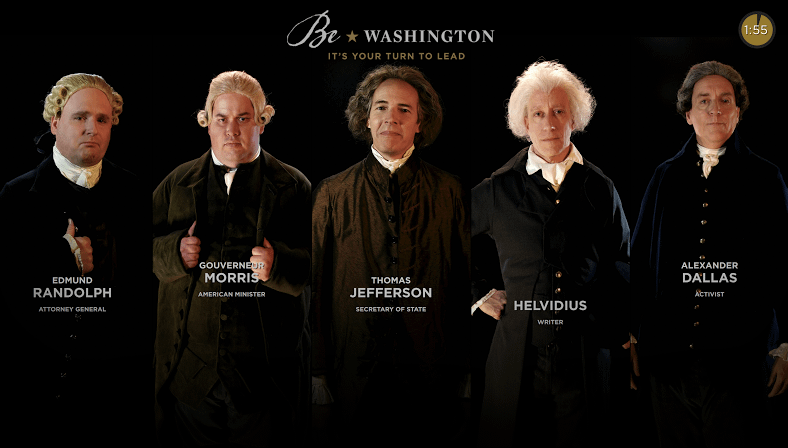 The Be Washington interactive experience teaches players how George Washington made important decisions. As we designed the scenarios, we struggled representing the wide variety of advice he received. Players don’t just hear from people Washington knew; some of his “advisers” are people who wrote books he read, others are composite characters who represent general public opinion. The Battle of Second Trenton scenario has my favorite of these more creative advisers: Washington speaks to himself. We included Washington as an adviser to demonstrate Washington learned from his past experiences. 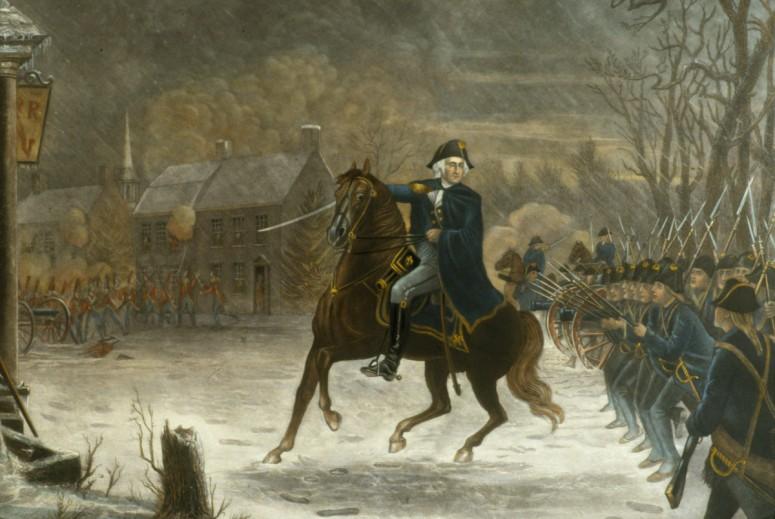 Ordered to remove the French from the Ohio Valley, Washington led a small force of 400 British and Virginia soldiers over the Appalachian Mountains. He soon learned that the French had amassed more than 1,000 men to oppose any British attack and he would not receive reinforcements. Washington could have retreated, but instead decided to hold out and construct the appropriately named Fort Necessity. Soon, more than 600 French and Native American warriors surrounded Washington’s fort. After more than four hours of fighting, Washington surrendered to the French on July 4, 1754. The memory of having his soldiers at the mercy of their enemy in 1754 had to have crossed Washington’s mind in 1777.

To represent this, players in Be Washington hear from a younger George, who reminds his older self of the painful loss at the Battle of Fort Necessity. He argues older George should not hold his current position along the Assunpink Creek, and the lives of his soldiers should not be thrown away lightly.

I hope that Be Washington players enjoy young George’s inclusion in this scenario and learn to take lessons from their own past just like General Washington.

Be Washington opens in February 2018