The wallpaper applied to the walls in the Blue Room was painstakingly researched and selected by the curatorial team. Three key considerations guided the team’s choice of reproduction wallpaper: date, country of origin, and color. In order to best represent the Washingtons’ choice for this space, we considered the evidence for each factor. Unfortunately, no fragments of eighteenth-century wallpaper had survived to tell us exactly what the Washingtons placed here in the 1790s.

George Washington’s papers confirmed that there was a major re-papering campaign throughout the Mansion in 1797, when the Washingtons returned from Philadelphia at the conclusion of his term as President. Among the suppliers Washington turned to were two Philadelphia merchants who dealt in highly-fashionable French wallpapers: William Poyntell and Georges Bertault. We also had definite evidence that the Washingtons had used French papers in the Mansion. Surviving fragments of the wallpaper border used in the New Room were a product of the royal French wallpaper manufactory started by Jean-Baptiste Réveillon and later continued by the partnership of Jacquemart et Bénard. 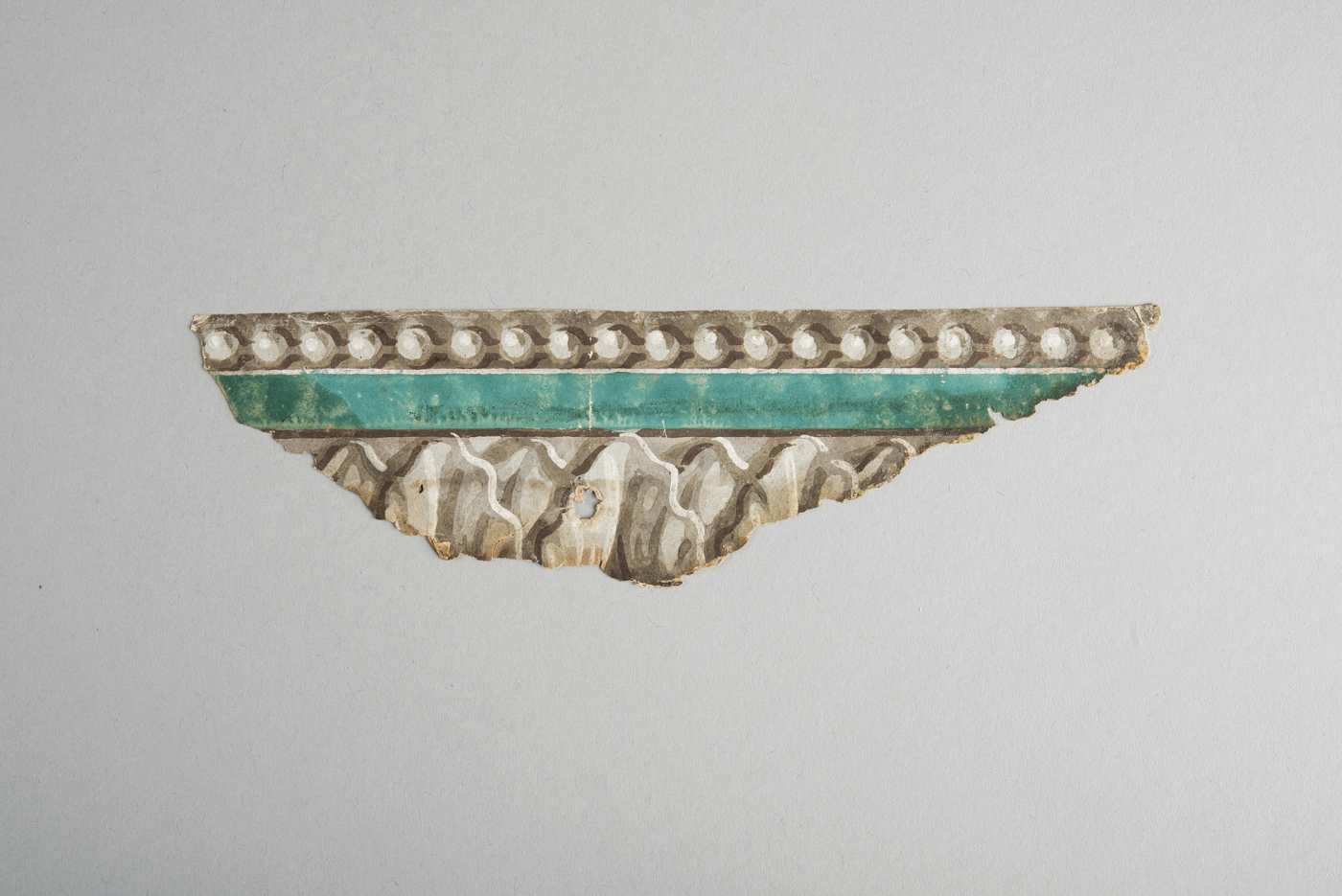 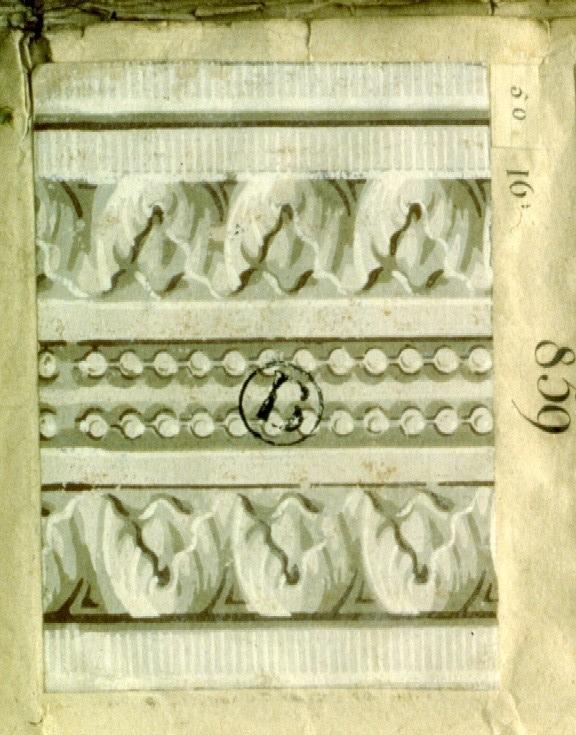 As to the color? The room name was of course our best clue – the conventions of the day, and Washington’s stated preference, was for rooms furnished with textiles and wallpaper in a coordinated colorway, from which the room took its name. Looking for a blue-ground, French paper from the 1790s, we found an appropriate one in a Réveillon/Jacquemart et Bénard pattern book in the collection of Les Arts Décoratifs, Paris. With the permission of Les Arts Décoratifs, Adelphi Paperhangings of Sharon Springs, New York carefully reproduced and hand-printed the pattern for use at Mount Vernon.

Previously from the Blue Room Blog

Learn how the Blue Room became blue once again.