After the initial preservation activities in the Blue Room, a major part of the architecture work involved removing the existing 20th-century mantel in preparation for re-installing the 18th-century one. The first step involved prying off the applied decorative trim on the face of the mantel, and then removing the horizontal sandstone piece (called a decorative lintel) and the two square sandstone blocks on the bottoms of the sides (called plinths). 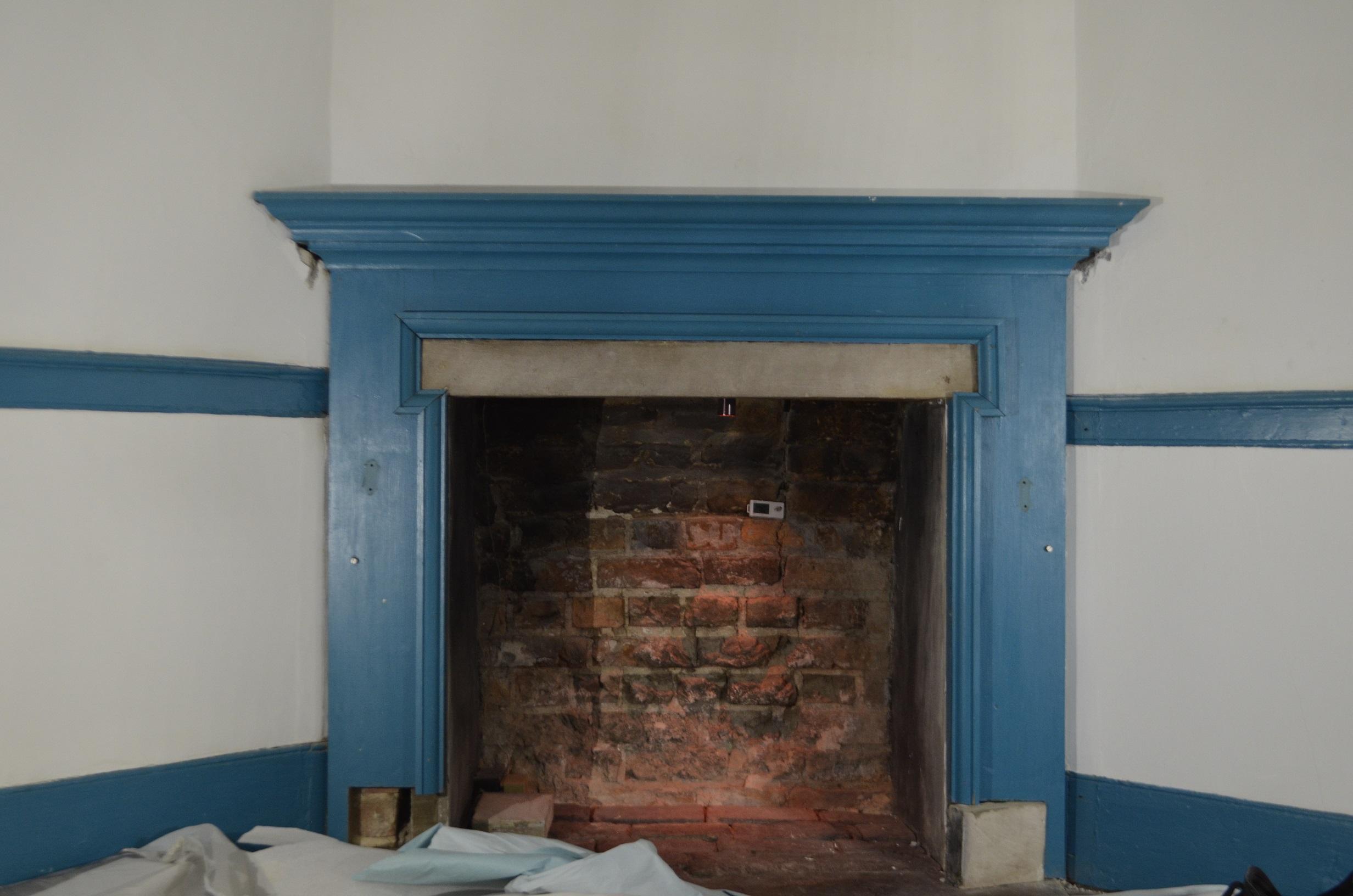 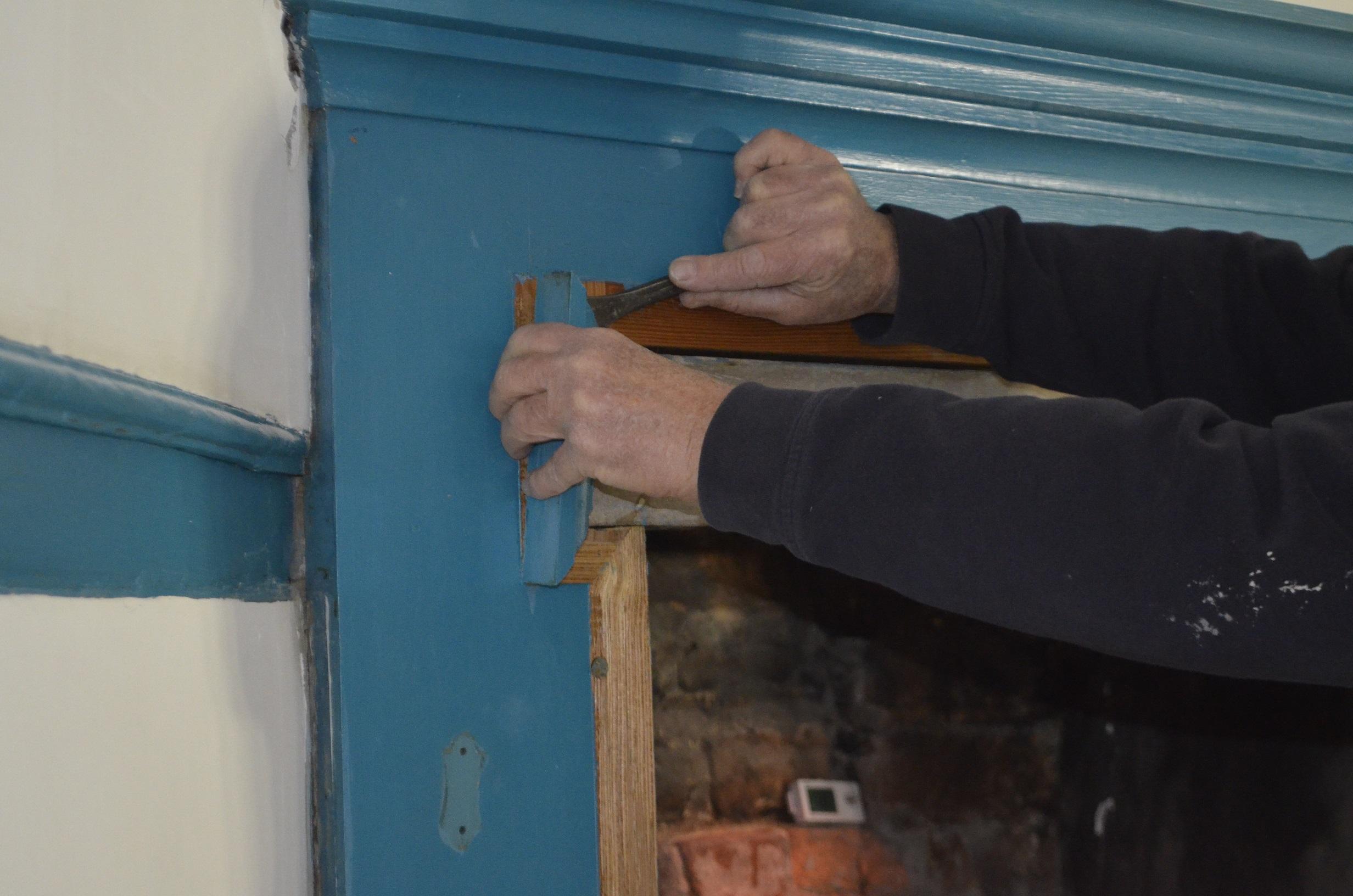 The outline of the in-situ mantel was then carefully freed from the surrounding plaster walls, essentially making a subtle cut along the outline, to allow for small pry bars to be inserted. Moving very slowly and purposefully, the sides and the horizontal top (called a header) of the mantel were pried to loosen the hold of the nails securing the element to the chimney. The whole mantel was released from the wall and removed from the room to be accessioned into the Architectural Study Collection. 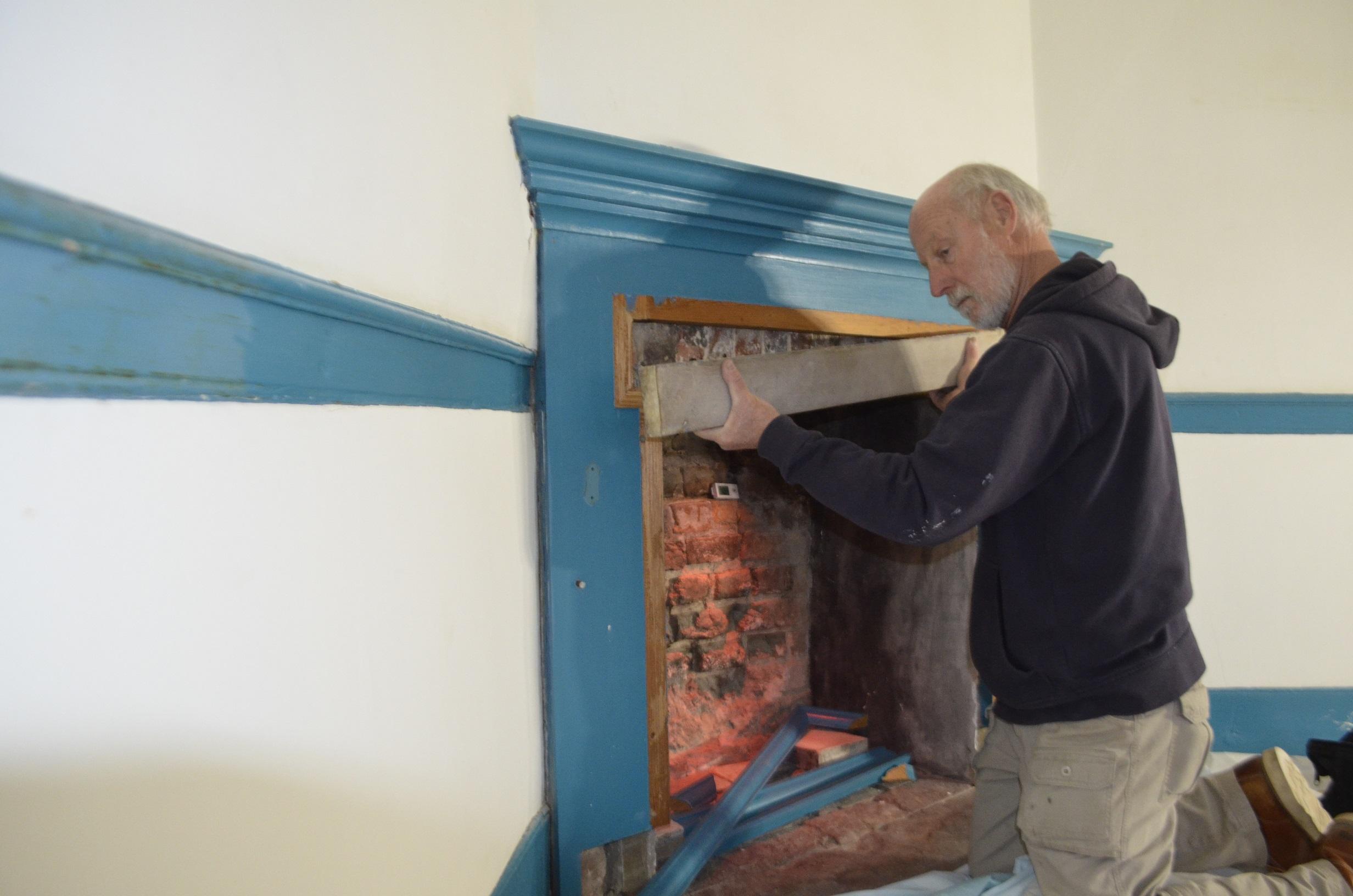 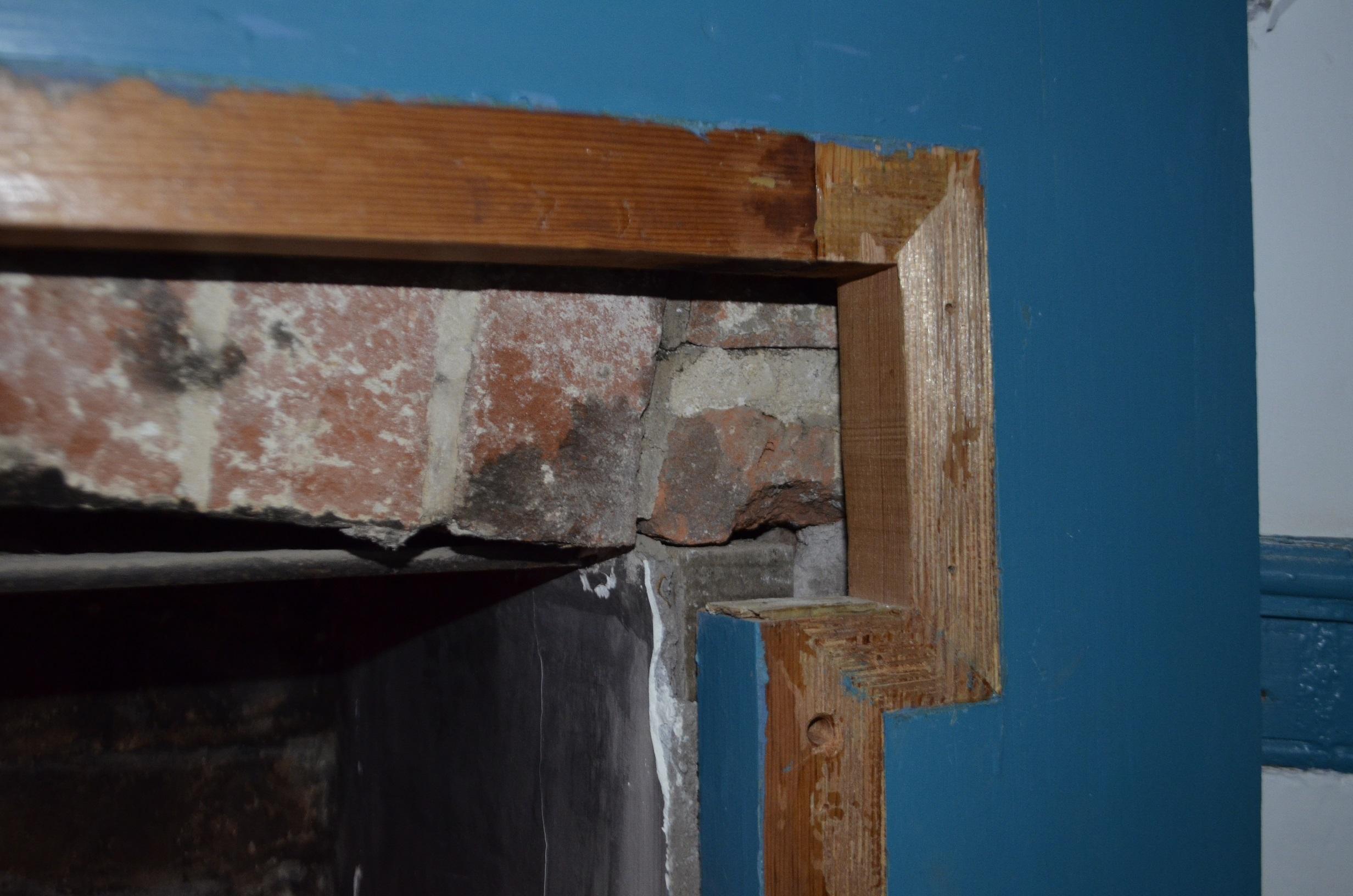 The removal of the 20th-century mantel enabled further study of the area, including paint analysis, mortar analysis and documentation. As a result, it was identified that the firebox once held an early Rumford insert, which will be reconstructed. Once repairs on the 18th-century mantel and the firebox are completed, the Washington-era mantel will be reinstalled. 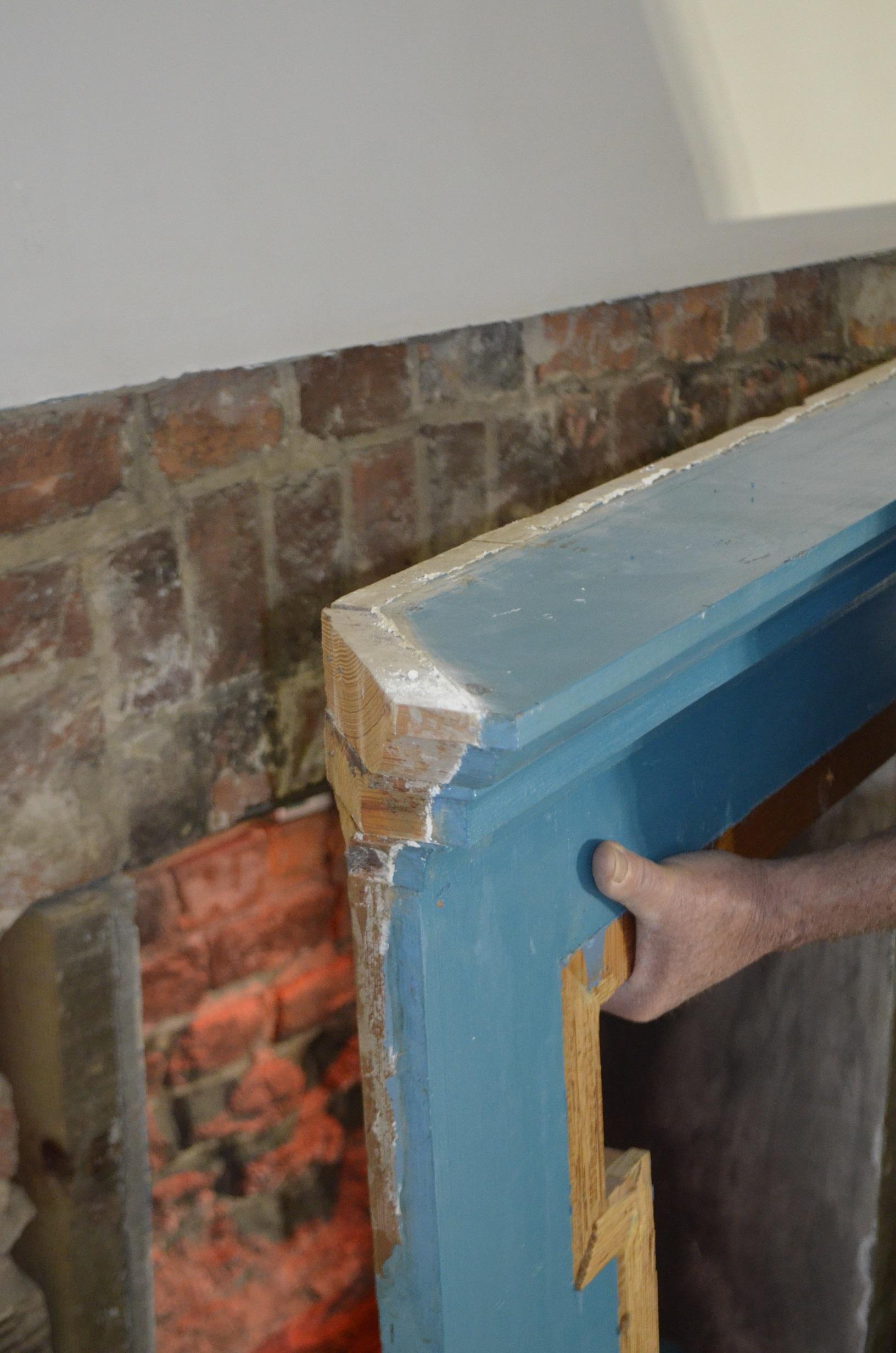 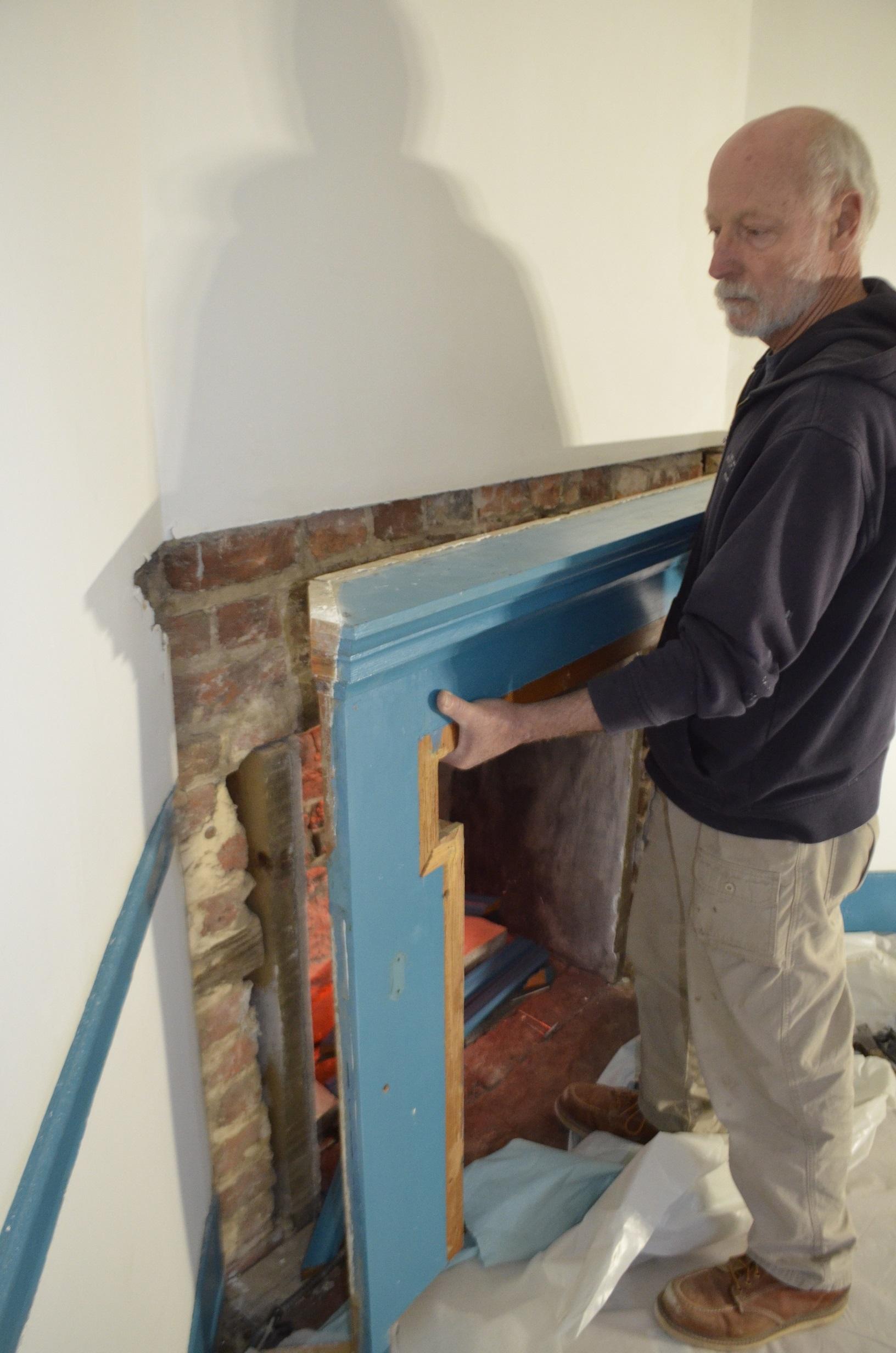