A Message of Gratitude, From Our Kitchen to Yours 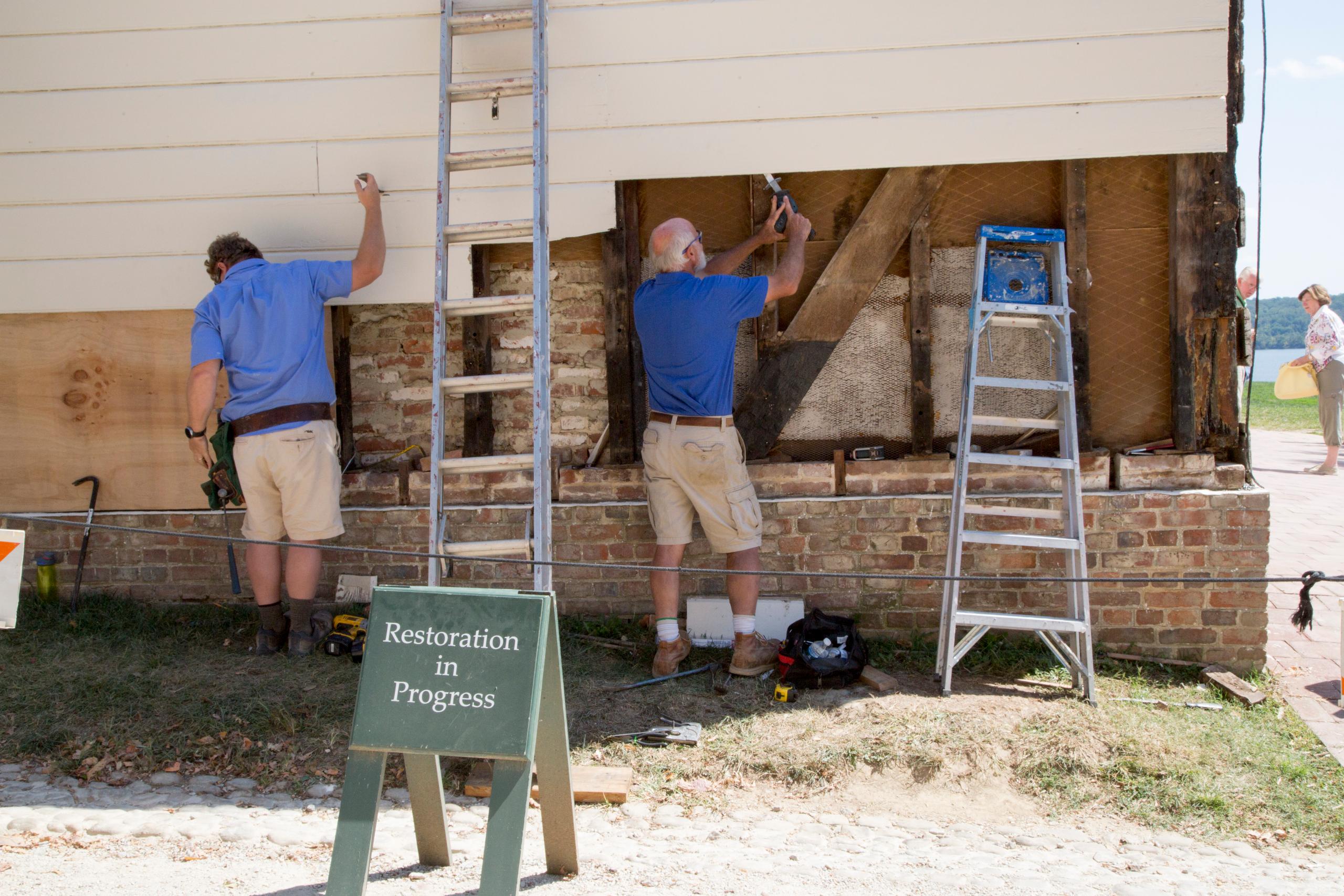 It’s the season for saying thank you, and we have much to be grateful here at Mount Vernon. This year was packed with interesting discoveries and important work in the historic area, including significant work on the kitchen. 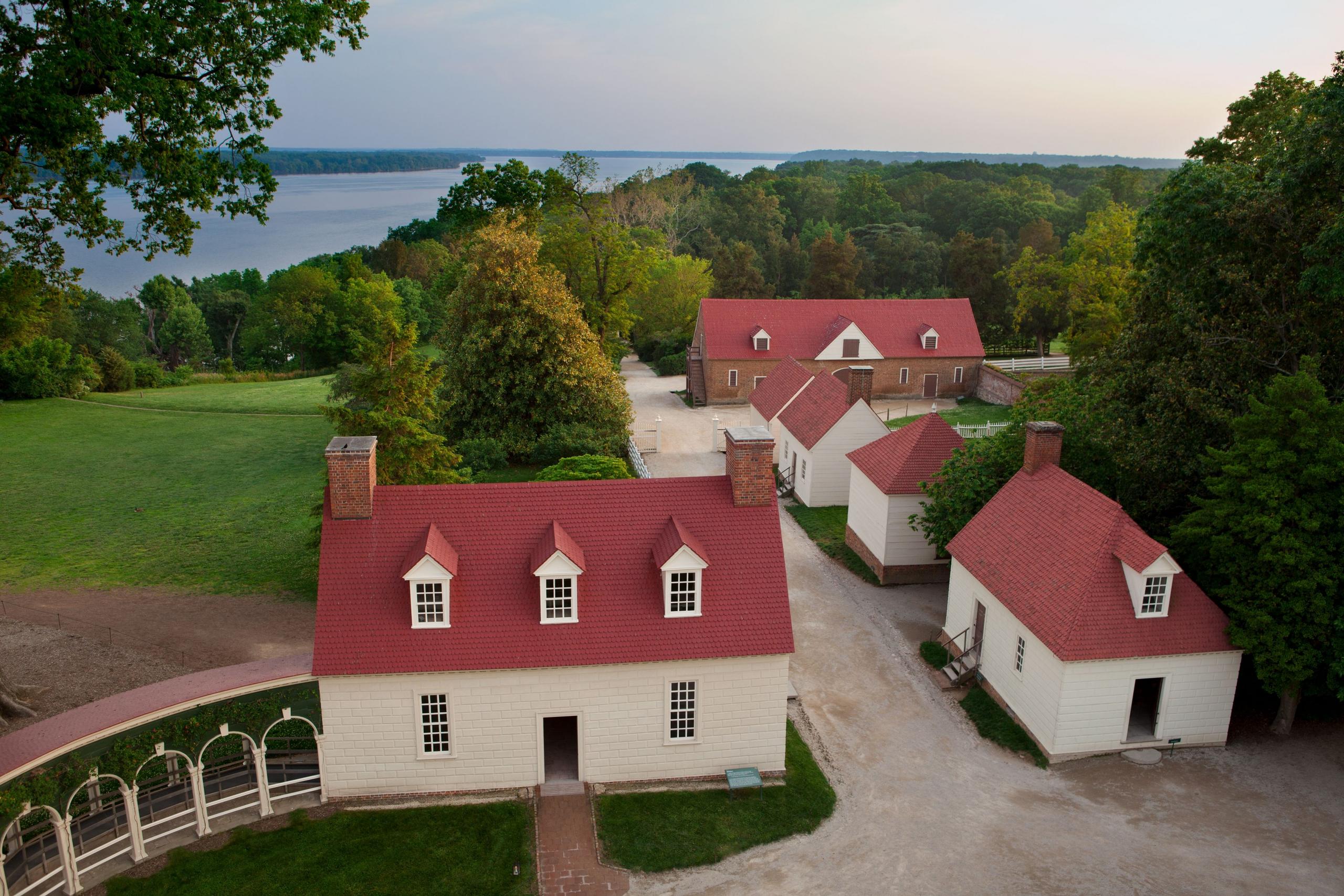 Built in 1775, the kitchen is one of the many original structures that still stand today. The building was strategically placed adjacent to the Mansion to protect the house from potential fires, and a covered walkway called a colonnade connects the kitchen to the Mansion. Inside the kitchen, there are three workrooms on the first floor and a loft where the cook or housekeeper resided. The largest includes a fireplace and oven that enslaved workers used to cook meals for the Washingtons and their guests. Today, visitors can walk through the building and learn about the food the Washingtons ate, its preparation, and its storage. 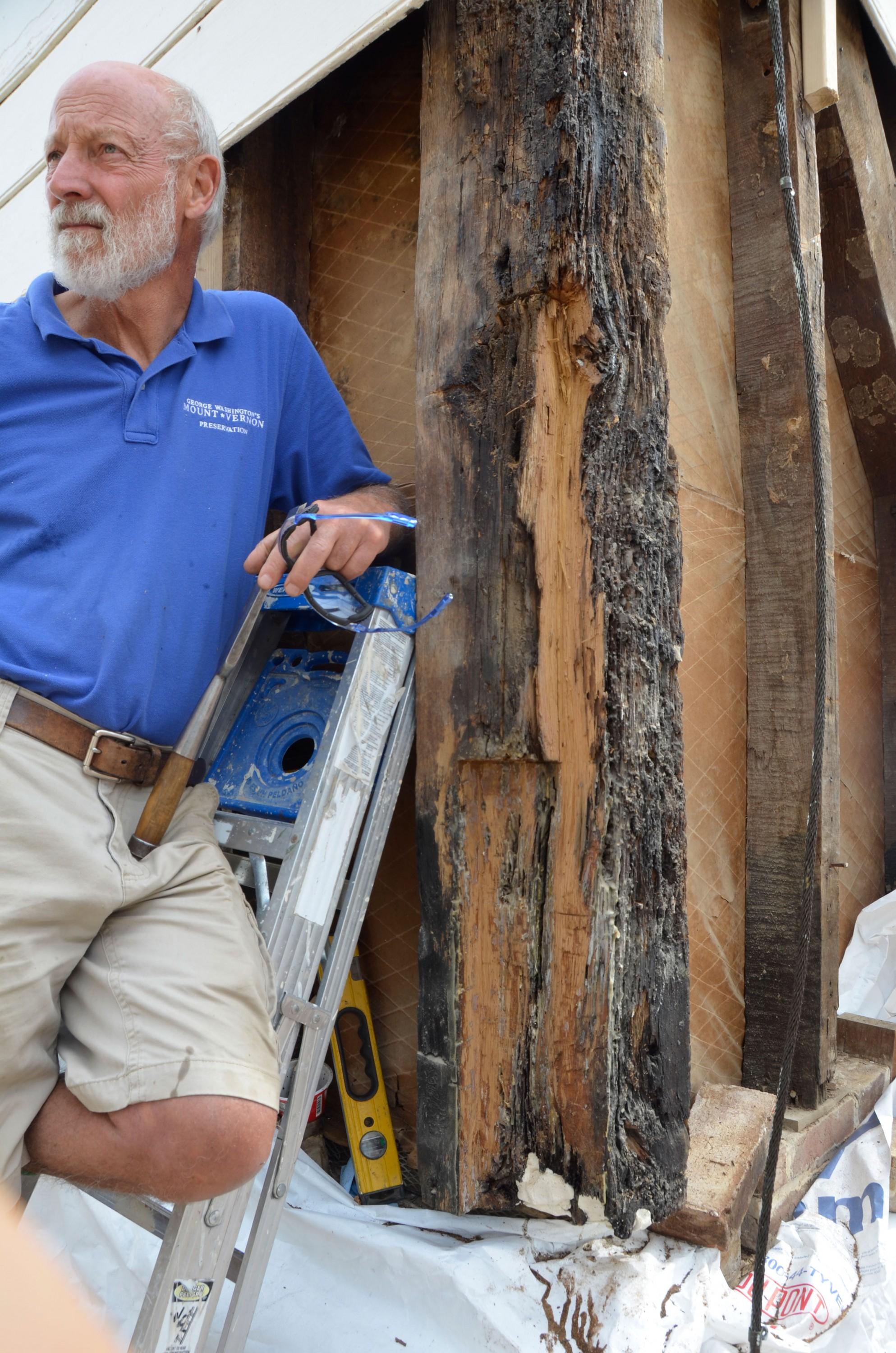 Mount Vernon’s historic preservation team routinely examines the conditions of these structures. While doing so earlier this year, they removed the bottom layers of siding and found significant rot and termite damage. They immediately began to reinforce the structural timbers and repair the damaged siding.

On a brighter note, the team discovered that much of the siding installed during the kitchen’s construction had remarkably survived. “It’s a testimony to the care that the MVLA has lavished upon these buildings for 150 years,” said Tom Reinhart, director of architecture.

“The survival of these boards does present a challenge to us because they’ve never been removed and we want to keep them in place,” explained Reinhart, “We have to address the underlying issue with the framing as well as the issues with the boards while they’re still in place.”

As the preservation and architecture staff continues their work, they will document the original building materials and replace earlier repairs with materials appropriate to the 18th century.

This work wouldn’t be possible without the support of the generous men and women who contributed to the campaign we launched in late 2015 to create an endowment for repairs to the historic area. Through the generosity of Karen Buchwald Wright, patriotic Americans were urged to participate in a 2-to-1 matching challenge, raising more than $1 million for important projects, such as the restoration of this structure. As part of this plan to address deferred outbuilding maintenance, preservation work on the kitchen began in early September 2016 and will continue into 2017.