Made Using 18th-century Methods, On Sale From Oct. 2 Through The Rest Of The Month 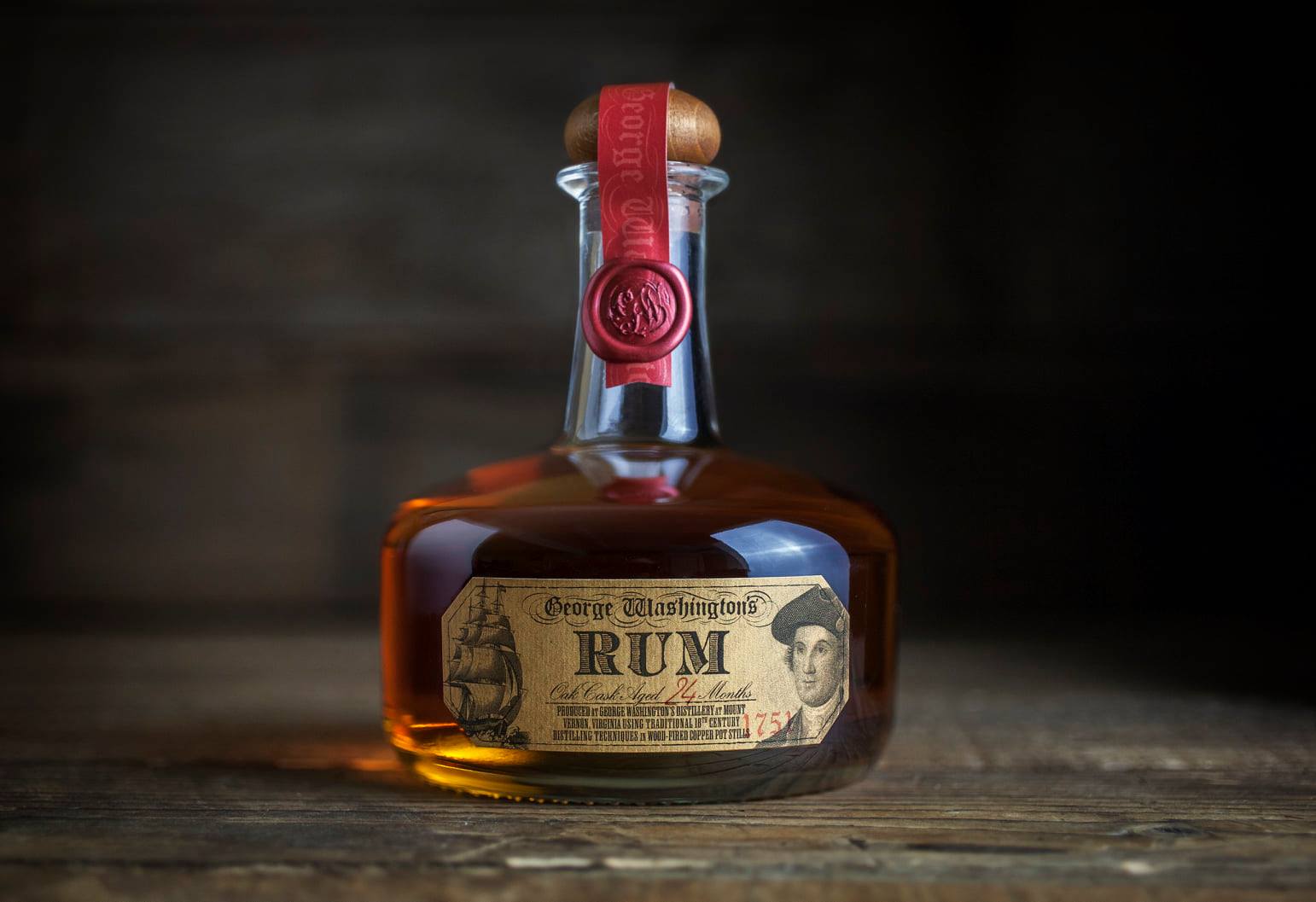 Mount Vernon, Va. – For the first time, the George Washington Distillery has produced a limited release of aged rum.  It will be available for purchase in person only during October, from Oct. 2 until the batch runs out, at the Distillery and Gristmill Shop and retails for $325 with proceeds going to support Mount Vernon's operations.

Samples of the rum also will be available during the Whiskey Tastings events on Oct. 3, 10, and 17; tickets may be purchased through the Mount Vernon website, mountvernon.org.  The production of rum at Mount Vernon ties together the story of rum in Colonial America with Washington's one trip outside North America, to Barbados for three months when he was 19, and his later role as a leader in the distilling world.

Members of Mount Vernon’s Historic Trades Department, working with consulting distillers Lisa Wicker of Widow Jane Distillery and Maggie Campbell of Privateer Rum, began the process at George Washington Distillery in February 2018.  They fermented high-grade molasses in 120-gallon wood mash tubs, then distilled it in wood-fired pot stills to create George Washington Rum.  That spring, 165 bottles of silver (unaged) rum were bottled and labeled in support of the printing of Washington's Barbados diaries. The remaining rum was matured for 28 months to fill 330 bottles of George Washington Oak Cask Aged Rum in August 2020.  The 750 ml. bottle is an exact copy of a rum bottle design of the 1750s.

According to Steve Bashore, Mount Vernon’s Director of Historic Trades, “The traditional fermenting and distilling methods we use in our reconstructed 18th-century distillery lend a distinctive taste to our rum, differentiating it from anything on the market today.  We also matured this rum in used bourbon barrels, imparting another layer to the flavor.”

Washington sailed with his half-brother Lawrence to Barbados in 1751, so that Lawrence could seek relief from tuberculosis by spending the winter in the tropics.   George Washington’s diary is the chief source of information about the trip.  Barbados was one of Britain’s most precious possessions, where English colonists and enslaved workers profitably cultivated sugar cane.  Washington’s horizons, previously limited to the Northern Neck of Virginia, suddenly widened to that of a far-flung empire. The best families treated him as an equal, and his encounters with the British military establishment seem to have had a crucial impact on his career aspirations.  Also, it was in Barbados that he contracted smallpox, providing a lifetime immunity that protected him during the Revolutionary War when the disease repeatedly swept through his army.