The Chintz Room was one of the six primary bedchambers at Mount Vernon in 1799.

While these rooms are rarely mentioned in George and Martha Washington’s papers, the 1802 inventory of the Washingtons’ personal property (taken after Martha Washington’s death) identified the distinctive nature of each. Here, the second-floor room in the southwest corner is recorded as the “Chintz Room.”

Chintz:
Hand-drawn and dyed cotton fabrics from India, often featuring elaborate floral designs in a full range of rich colors, and given a glossy finish. The name itself may have been derived from a North Indian term meaning speckled or sprayed. In the eighteenth-century, the term also referred to English printed cotton cloths which imitated the Indian designs. 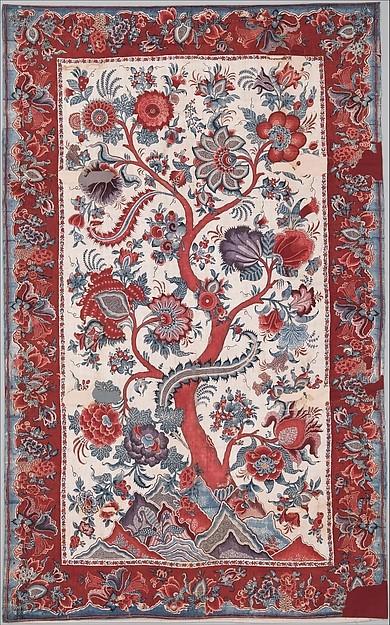 The bedchambers shared the same basic function – a private space in which to sleep, dress, and socialize – but each had a unique personality defined by the architecture and furnishings. The Washingtons decorated their bedchambers according to the traditional hierarchy found in the homes of the British nobility and elite. While the best rooms featured bedsteads hung with expensive silks, the second best rooms showcased trendier textiles. Chintzes, boldly-colored cottons from India and printed English imitations of them, were among the top choices for bedhangings in the second-half of the 18th century, and bedchambers which featured a chintz-draped bedstead became known as Chintz rooms.

Following the rococo taste for variety, complexity, and fantasy, Chintz rooms could also include furnishings that highlighted Asian and Asian-inspired decorative arts. In addition to the Indian or Indian-style textile on the bedstead, Chinese hand-painted wallpaper, Chinese and Japanese porcelain, Chinese lacquer, and English faux-lacquered chinoiserie furniture might enliven a Chintz room, making them vivid displays of the East-West cultural and commercial exchange. In choosing to furnish this space as a Chintz room, the Washingtons conjured up the perceived splendor of Asian cultures and identified themselves with England’s fashionable elite.

Thomas Chippendale, the leading interior designer in England in the 1750s -1770s, created the most notable Chintz rooms as part of important commissions at Nostell Priory and Harewood House in England. Several instances of Chintz rooms in America are known, and the Washingtons would certainly have been familiar with the Chintz room created by the Fairfax family at the neighboring Belvoir estate in 1763.

The Washingtons’ Chintz Room at Mount Vernon first began to take shape c. 1758, during Washington’s first renovation of the Mansion, when he acquired five sets of wallpapers for the second floor rooms, including both 96 yards of “Chintz paper” for £1.12.0 and 96 yards of “India figurd” paper for £2.8.0. Due to the relatively low price, both were likely English imitation papers. The remarkable discovery of fragments of wallpaper in this room, dating from this early period, confirm that it received one of these, likely the “Chintz paper.” Tiny as the largest fragment is, the sinuous printed outlines of leaves or petals link it to the floral designs found on English chintz papers c. 1750-1770. 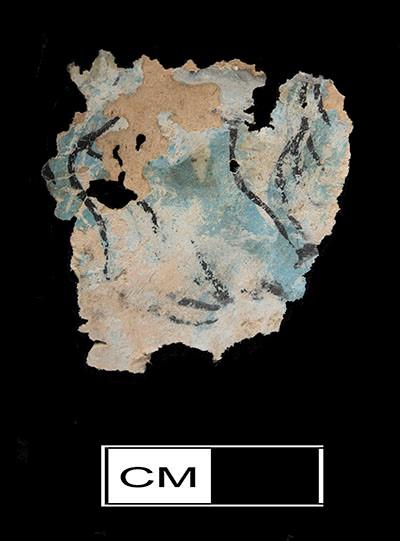 Over the course of the next forty years, the wallpaper in the room was replaced multiple times, the woodwork repainted, textiles updated to reflect new tastes, and furniture moved in and out as occupants changed and new pieces were acquired. The current interpretation shows the mature, layered look the room would have taken on by 1799. The focal point likely continued to be a bedstead with dramatic, Indian-inspired textiles. Mahogany, rococo-style chairs from the 1750s were joined by less expensive textiles on the windows and floors as well as newly-purchased prints of important landscapes and contemporary romantic works.

After the Mount Vernon Ladies’ Association purchased the property in 1858, the space became known as the Maryland Room, as the Vice Regent for Maryland took initial responsibility for providing furnishings for it. In 1876, the Mount Vernon Visitor’s Guide christened the space the Nelly Custis Room, and the name stuck for the next 150 years. At the time, the name may have simply been a way to commemorate the memory of Nelly Custis, Martha Washington’s granddaughter who grew up at Mount Vernon. A new wave of research and reinterpretation in the 1940s led to the reevaluation of the Chintz Room description and the installation of a reproduction chintz-pattern wallpaper in the room, but the Nelly Custis moniker remained the preferred name for the room at the time. 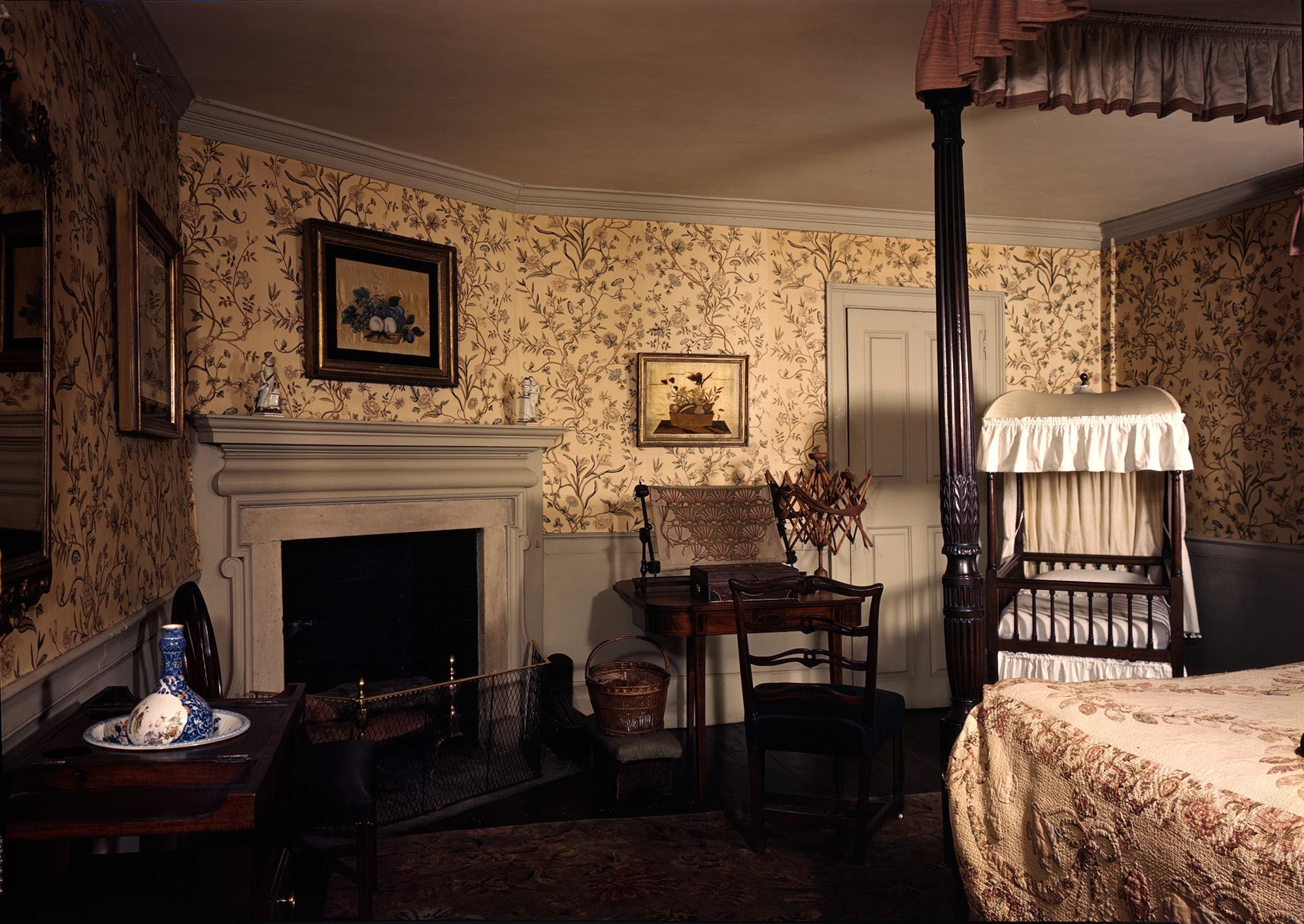 Today, as we seek to better represent Mount Vernon as George Washington designed it, we are returning to the Chintz Room as the formal name. It refocuses attention on the unique aspects of the space rather than a single occupant, and gives modern-day visitors a glimpse of the world as Washington would have known it. Initially inspired by the imperial British view of Asia as the touchstone of wealth and splendor, the Chintz Room offered the Washingtons’ guests a limited, but tantalizing encounter with distant lands and cultures.