The space that would become the Chintz Room began in 1734 with the construction of a one-story frame house for Augustine Washington. That house survives today as the core of the Mansion, although its plan is not completely understood.

When he died in 1743, Augustine left the house and the land around it to his oldest son, Lawrence, who owned it until his death nine years later. It is not clear what, if any, changes to the house Lawrence made, but his probate inventory indicates that at the time of his death the house had 10 rooms distributed between the first floor and the garret. Exactly how many of these rooms were in the garret is debatable, but certainly the “room at the head of the stairs” was one of them. Of the remaining 9, the three public spaces (the hall, the passage and the parlor) would be on the first floor, leaving 6 rooms to be located. All but two of these rooms, the store room and an unnamed space, are heated, and therefore should be at the ends of the house where the chimneys were, and all but one, again the store room, had beds in them. 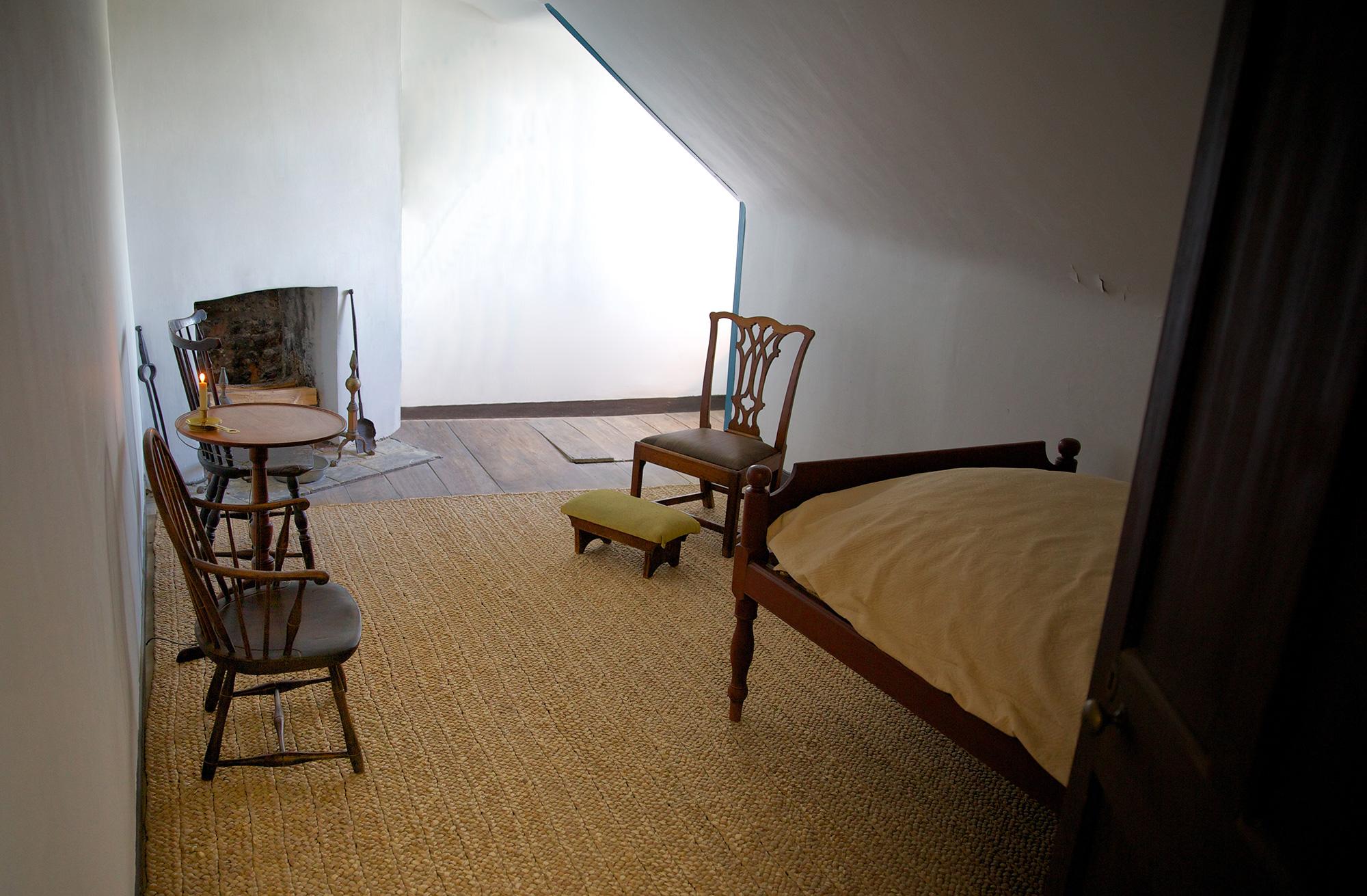 The location of the Chintz Room was probably occupied by one of the heated bedrooms, either a large one that ran the entire depth of the house or a smaller one that only ran half the depth. In either case, it was a garret room, meaning it had a flat expanse of ceiling along the center axis of the house and a sloped ceiling that ended at a short knee wall that ran parallel to the exterior wall of the house. The room would have been lighted by a dormer window (or two) in the sloped ceiling and heated by a fireplace along the gable wall. The form would have looked similar to the northeast bedroom on the third floor of the mansion today, but without the closet.

The room took its current form, with a full 8-foot high west wall containing two windows, in 1758, when the roof was raised to create a two-story structure with a garret. At that time, there was a doorway through the south wall (just east of the current closet door) that led out to the roof of a one-story closet addition. By this time, the floor framing had sagged considerably, forcing the builder to pull up the floorboards and shim the floor joists to level their tops; the floor boards were then reinstalled. The east partition wall shared with the Yellow Bedroom is built on top of these reinstalled floorboards, thus dating this wall to the 1758 work. Whether this wall replaced an earlier one in the same location is not known at this time. 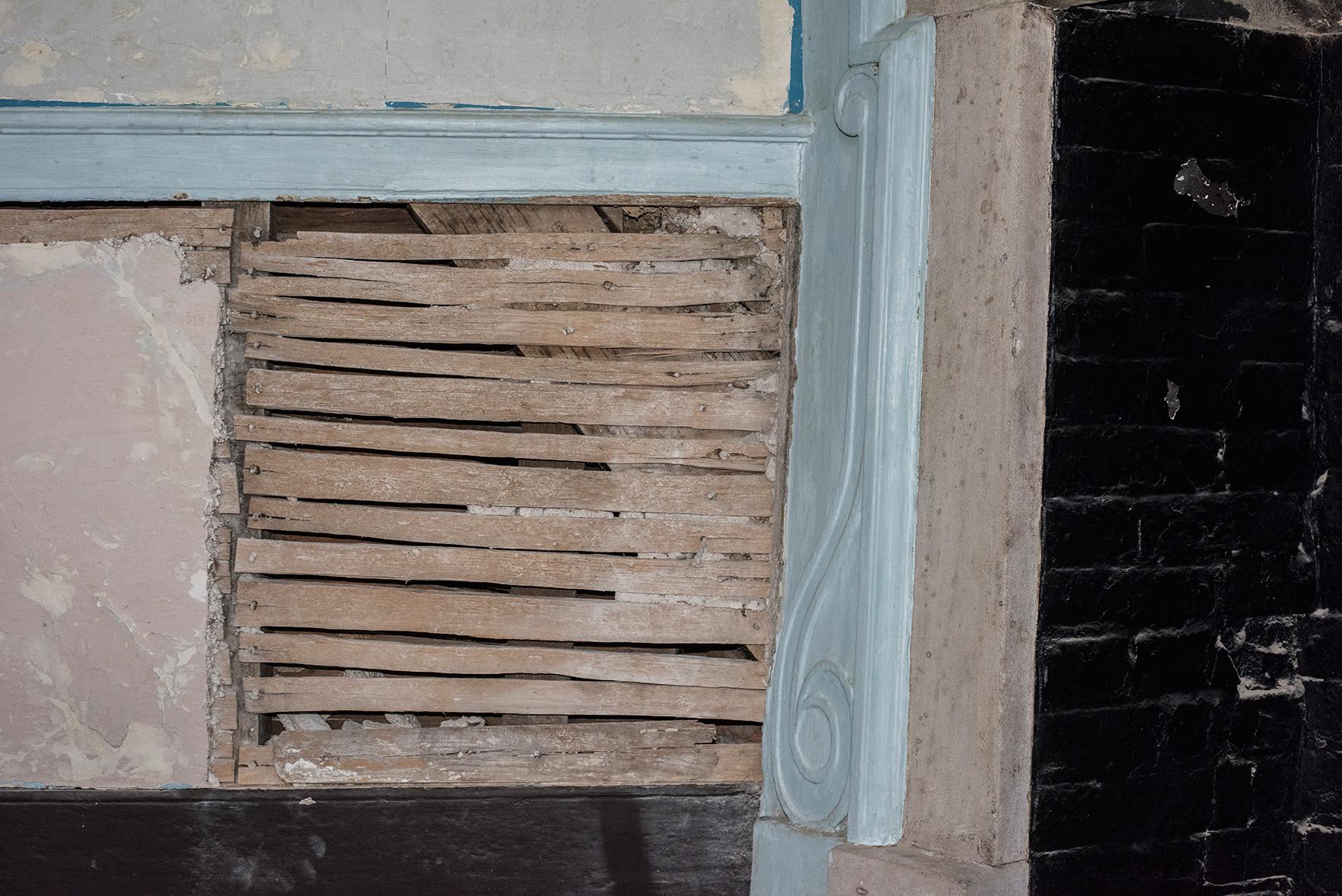 Prior to the 2015-2016 restoration, the east wall of the room showed a large bulge toward the fireplace, and preservation staff removed some plaster to assess the stability of the wall framing. We discovered that a diagonal brace that rested against the chimney stack had shifted slightly out of place. Careful examination of the framing and plaster lath revealed repairs that were carried out in the 18th century to address the movement of the brace. That meant that the bulge developed in Washington’s lifetime, and his craftsmen assessed it the same way we did, making small repairs.