The 1800 inventory taken after George Washington’s death names the five prints that were hung in the Chintz Room.

While none of the originals owned by Washington survive, the curators located period examples and reproduced these for display in the room.

George Washington purchased the original prints, and more than 50 others, in the 1790s, anticipating his need to furnish Mount Vernon upon his return from the presidency. In 1797, shortly after his retirement, Washington ordered gilt frames for each of the prints, specifying that they should not be of a “high price.”

Adding prints to the Chintz Room updated the furnishings in the room, and more importantly, acted as a means of displaying Washington’s own educated taste in fine art. Washington’s choice of four landscape scenes was in keeping with the revived interest in landscape among connoisseurs at the end of the eighteenth century. 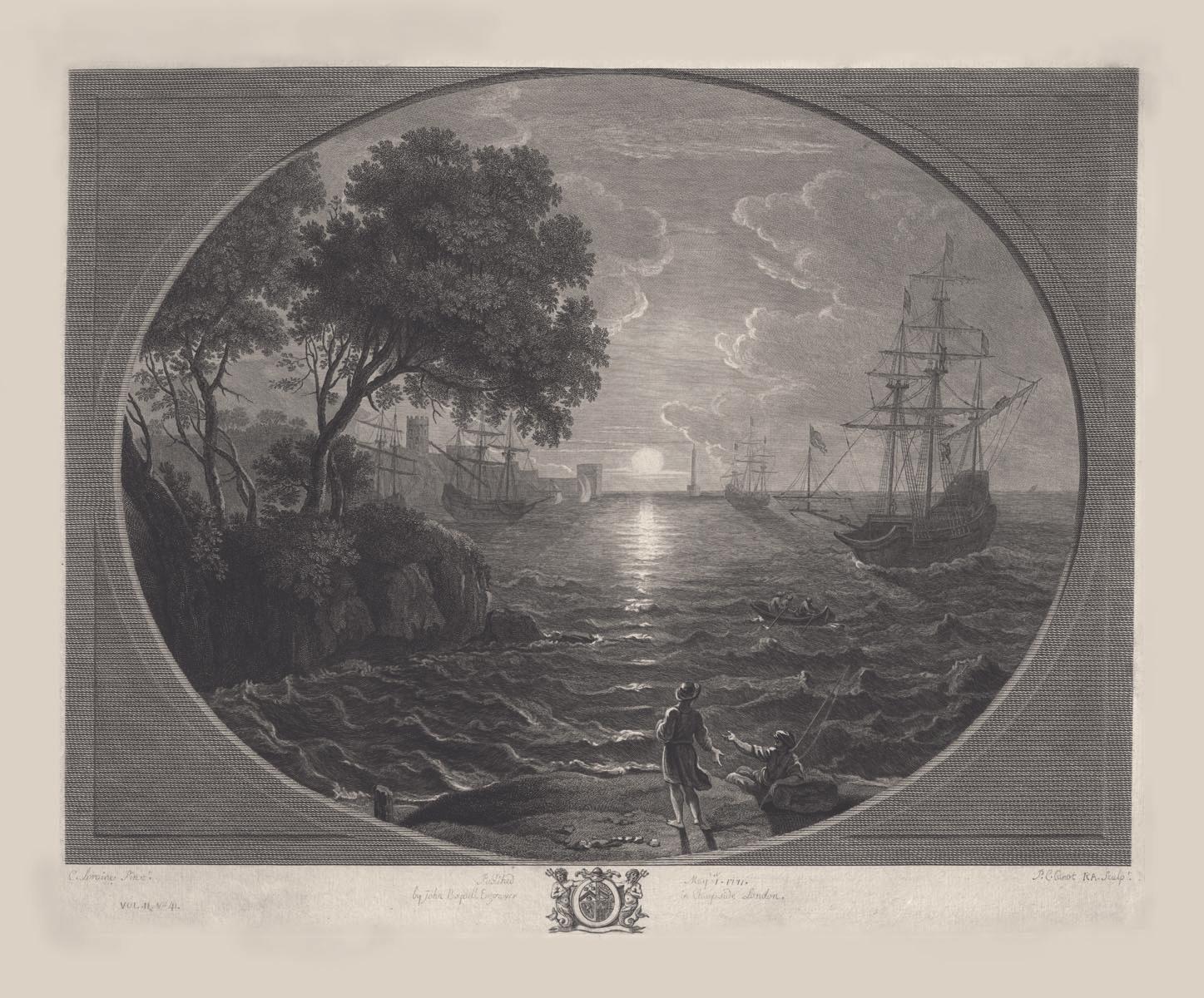 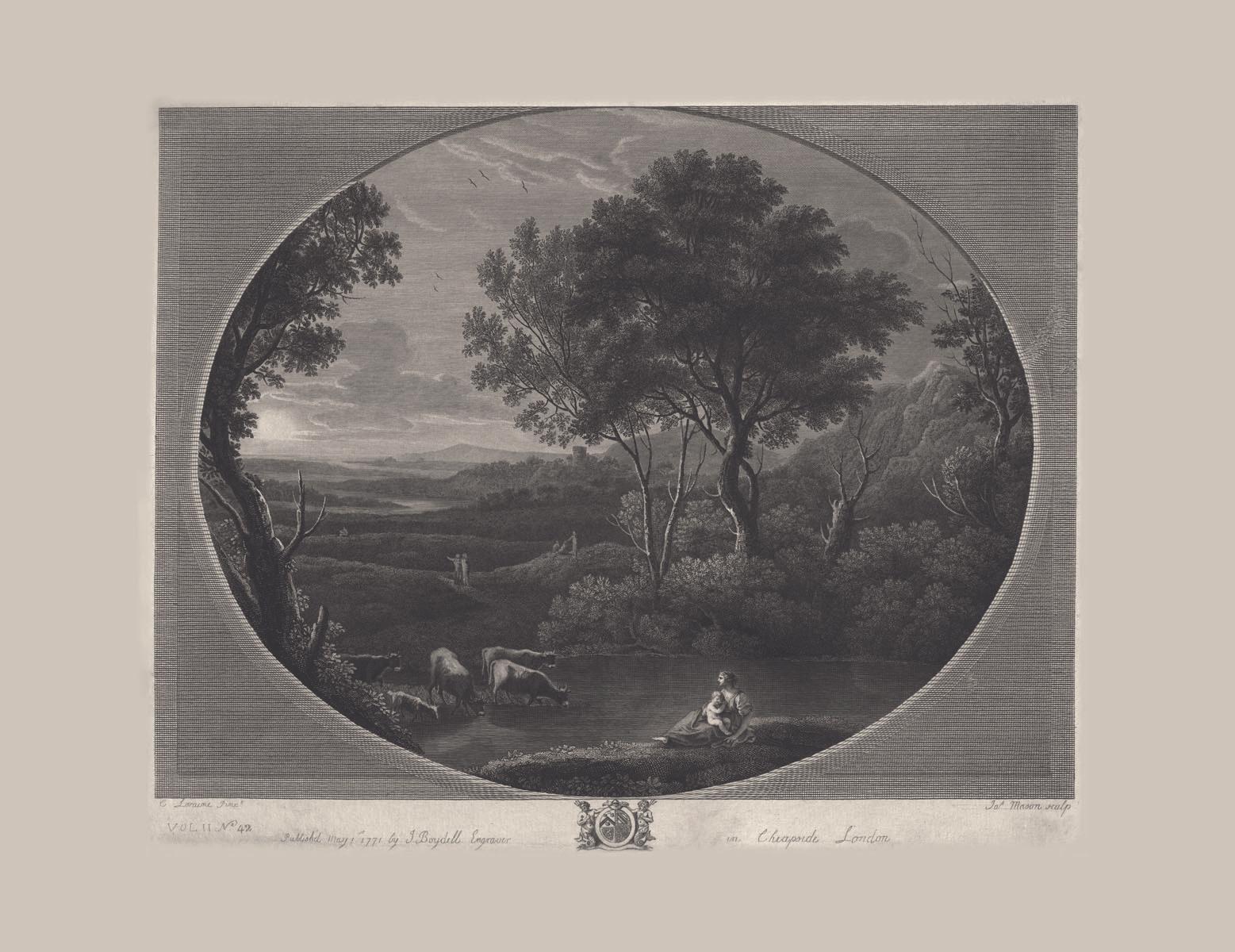 Sun Rising and Sun Setting, were two engraved landscapes after large paintings by the celebrated French master, Claude Lorraine (ca. 1600–1682). Lorraine defined the idealized landscape, specializing in views of the Italian countryside and port cities bathed in the warm light of the region. The Herdsman, after Dutch artist Adriaen van de Velde (1636–1672), showed another Italianate landscape, but with the focus on awe-inspiring mountains that dwarf the poor herdsman and his fellow travelers below. The Cottage, after Dutch artist Meindert Hobbema (1638–1709), presented a pleasant scene of the northern European landscape, with its tangled forests, old cottages, ponds, and humble folk.

The final print in the room was Cupid’s Pastime (now hung above the mantelpiece), one of a pair of prints after paintings by the (then) contemporary Swiss artist, Angelica Kauffmann (1741–1807). Kauffmann was a preeminent history and portrait painter, a child prodigy who rose to be an innovative and sought-after artist in the company of Benjamin West and Sir Joshua Reynolds. She specialized in classicizing subjects drawn from ancient history, mythology, literature, and British history that catered to early Romantic taste.

Cupid’s Pastime illustrates a seventeenth-century ballad of the same name, republished in the highly popular Reliques of Ancient English Poetry (London, 1765). In it, a beautiful “nymph” has fallen asleep and is chanced upon by a young shepherd who is entranced by her beauty, Cupid sees a chance for some fun, and stealthily replaces her arrows with his own, with predictable results. Startled awake, she flees and shoots the shepherd again and again, becoming distraught when he pursues her more fervently. Not knowing what else to do, she stabs herself with an arrow, only to find her own love awakened. The two are ultimately happily united.